Tech designed to help mental wellbeing is coming into the workplace, but experts warn that it shouldnt be seen as a quick fix 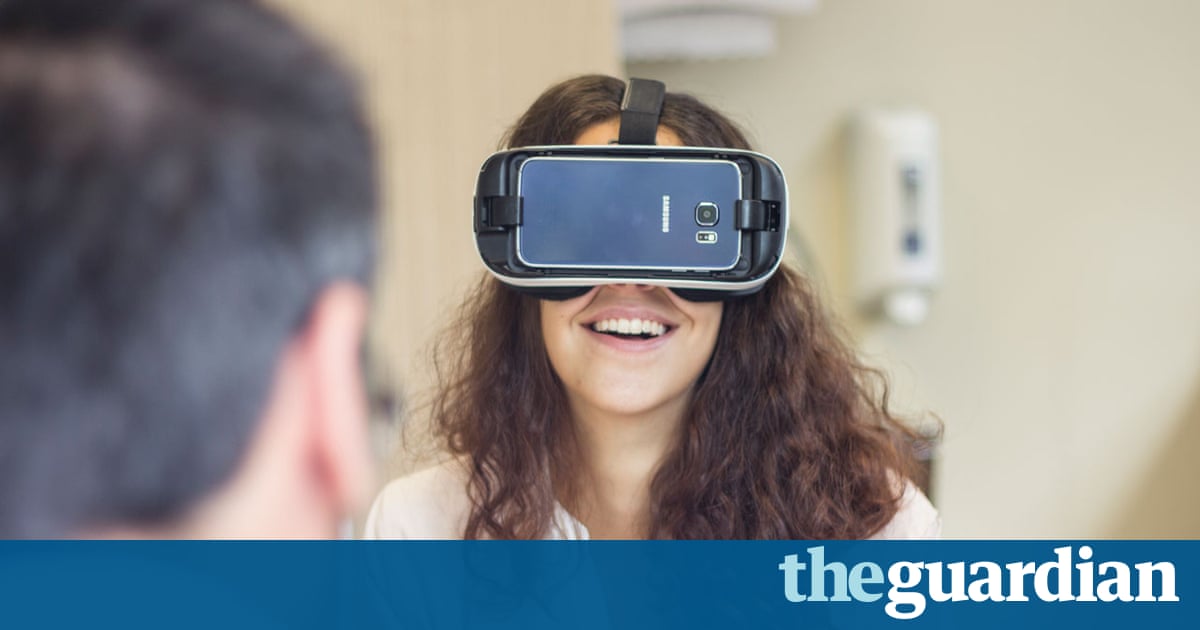 Imagine stepping into the break room in the office and instead of making yourself some coffee and complaining about work, you put on a virtual reality (VR) headset and listen to the voice of a therapist guide you through a meditation session with the aim of transporting you to a calming place far away.

Whether the experience would have the desired effect is debatable – and there’s growing awareness of the potential downsides to mindfulness, but this form of therapy is part of a brave new world of office-based tech designed to support wellbeing at work. VR technology previously only used by psychotherapists to treat clients is now being sold to corporate human resources departments.

Businesses in Spain have started to sign up Psious, a VR and augmented reality (AR) technology company which has developed ways to use VR and AR to help mental health and behavioural issues from phobias to anxiety disorders.

“We initially launched Psious to provide exposure therapy; you can use AR to show spiders to someone who is afraid of them, for example, without having to show them real ones or rely on imagination,” says Xavier Palomer, the Madrid-based company’s chief executive.

Palomer, who has a background in bio-engineering, came up with the idea for the business four years ago while chatting to a friend who had a fear of flying. He realised that the relaxation techniques his friend had developed with a psychologist, alongside exposure therapy tools, could have a wider appeal. “It can be used to help people calm their nerves, relax, become better speakers, all useful things,” he says.

Palomer says he tapped into a trend as clients were already introducing mindfulness programmes at the office and so were ready to embrace the idea. As the technology has become cheaper and more accessible, possibilities have opened up. Other services on the market include Clevr, a VR service to help treat social phobia (among other issues) and Guided Meditation VR.

An array of apps and online services have launched to help workers manage their mental and physical health. And with stress, anxiety and depression being the most common reasons for taking a day off, employers certainly have an incentive to provide support.

But mental health experts caution against relying on tech to aid wellbeing. Sarah Crozier, a senior lecturer in occupational psychology at Manchester Metropolitan University, says any workplace revolution in mental health needs to have a holistic approach: “It is encouraging to see that organisations are equipping their employees with these resources that can potentially help to manage wellbeing.

“But there is the possibility of overburdening ourselves with smartphone technology – it becomes a further demand and can replace engagement with social support (such as spending time with family and friends), which we know is very helpful in promoting our wellbeing.”

Apps that have become available through employee benefits include Tictrac, which is offered through health insurance providers. It works by pulling in smartphone data about a person’s health and wellbeing – such as the number of steps taken during a day or hours slept – from devices such as Fitbits and Runkeepers. The user can then use this information to understand trends in their behaviour.

Other apps have been designed specifically with work-related problems in mind. The goal-setting app, Remente, for example, was developed by David Brudö, its co-founder and CEO, after he experienced overwhelming stress at work.

“I got to a place where the last thing I thought of before sleep was work, and it was the first thing I thought of in the morning. Instead of feeling gratitude to have a roof over my head and food on my plate, I was worrying about work and eventually it led to depression,” he says.

The app includes self-help information and offers guidance based on cognitive behavioural therapy. It also helps users assess their mood, what they want to work on that day, and set longer-term goals. Overall, says Brudö, this helps improve happiness and outlook, and introduces a better work-life balance.

Michaela Edwards, alecturer in organisational health and wellbeing at the University of Lancaster, warns that while some apps can be helpful, they shouldn’t be thought of as a solution.

“When you’re thinking about wellbeing and stress, it’s important to think about all of the possible causes – individual factors, yes, but also organisational factors. A mindfullness app can’t reduce your workload or train your manager, for example,” says Edwards. “If wellbeing issues are related to broader organisational problems, then an app may be a misdiagnosis of the problem.”

Edwards says that if companies are still keen to introduce these apps as a perk, they need to be upfront about why it is being offered, clear about where the collected data is going, if anywhere (as that could be a privacy issue), and make it a choice, not something people feel pressured to do.

“Employers might find that employees can sometimes be quite suspicious of why the app is being given out. And that’s something to think about,” she says. “People have to know that their manager really cares about how they feel about something, and they are not just being given an app to make them more productive.”

Sign up to the regular Guardian B2B email here for more insight and advice direct to your inbox.

Should Americas Tech Giants Be Broken Up?

Heres What the World’s Central Banks Really Think About Bitcoin