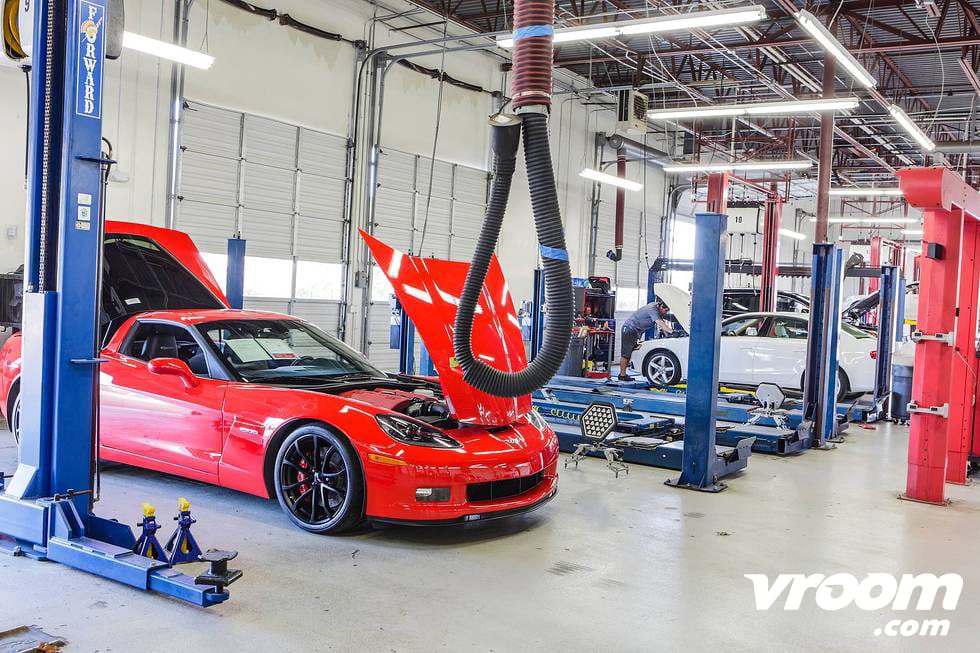 Gunning to become the top seller of used cars online, Vroom Inc. has raised $50 million in a Series E round of equity funding, bringing its total capital raised to $218 million.

The market for used cars in the U.S. alone surpasses $400 billion annually. According to the Edmunds.com Used Vehicle Market Report, retailers sold 38.3 million used cars in 2015 at an average price of $18,500.

When the company started up in 2013, it wasoriginally billed as a stress-free way to buy or sell pre-owned vehicles online and via mobile.

Vrooms current CEO Paul Hennessy, who joined the company in June this year and was previously the CEO of Priceline.com, drew parallels between online travel agencies and Vroom.

Both markets are highly fragmented and filled with competitiononline and off.E-commerce platforms like Vroom could put some brick and mortar dealerships out of business, he acknowledged.

At the highest level, we assemble great inventory for customers, give them a great shopping experience via mobile or desktopand simplify the buying process so they can pull the trigger without haggling and paperwork. The car is delivered to your front door, Hennessy said.

Buyers get seven days to test drive a vehicle after its delivered. Hennessy said he wants car shopping to be as easy as buying (or returning) a pair of shoes online.

On the seller-side, userscan upload photos of their vehicle along with a VIN number via smartphone app to attain a quote from Vroom, and soon gettheir cars picked up.

Vroomuses proprietary algorithms and data about the value of different cars and trucks in different conditions to set prices. Vroom also runs a huge repairs and refurbishing operation, Texas Direct Auto, which it acquired last year.

Vrooms revenue today comes from sales of pre-ownedvehicles to both individual consumers and rental car companies.Italso sells scrap, i.e. after market parts from vehicles that cant be fully repaired. And it generates revenue from selling warranties and arranging auto loans.

Self-driving vehicle tech is beginning to trickle into the market including from startups like Comma.ai or Nauto, who want to retrofit computer-brains to cars that werent built to be autonomous.

As such, Vroom investors and executives expect to see a shift in consumer demand. We are always looking into ways to put consumers in the best car they can get for the price they want to pay, Hennessy said.

Vrooms competition abounds, ranging from large public companies like Carmax, TrueCar and Ebay Motors, to classifieds sties like Craigslist or Carfax, and other venture-backed startups including Beepi, Shift and Carlypso.

Vroom has partnerships with some of its ostensible competitors, namely Ebay.

Altimeter Capital founderBrad Gerstner said he expects the company to use the funding to become a household name, and to expand its operations in a way that will ensure efficient delivery of vehicles to customers all around the country.

The magic of Amazon is not just that I can shop online but that something arrives at my house very quickly and predictably, and they dont make mistakes. Theres no single silver bullet. Its aboutmaking every step in a purchase process from the content through the entire supply chain better for consumers than anything else thats out there.

Correction: An earlier version of this post incorrectly stated that Allon Bloch was Vrooms founder. He was its CEO before Paul Hennessy.

Seven principles to ignite a culture of innovators

The Good Fight: in praise of Diane Lockhart, one of TV’s greatest characters

Automakers accelerate their interest in startups