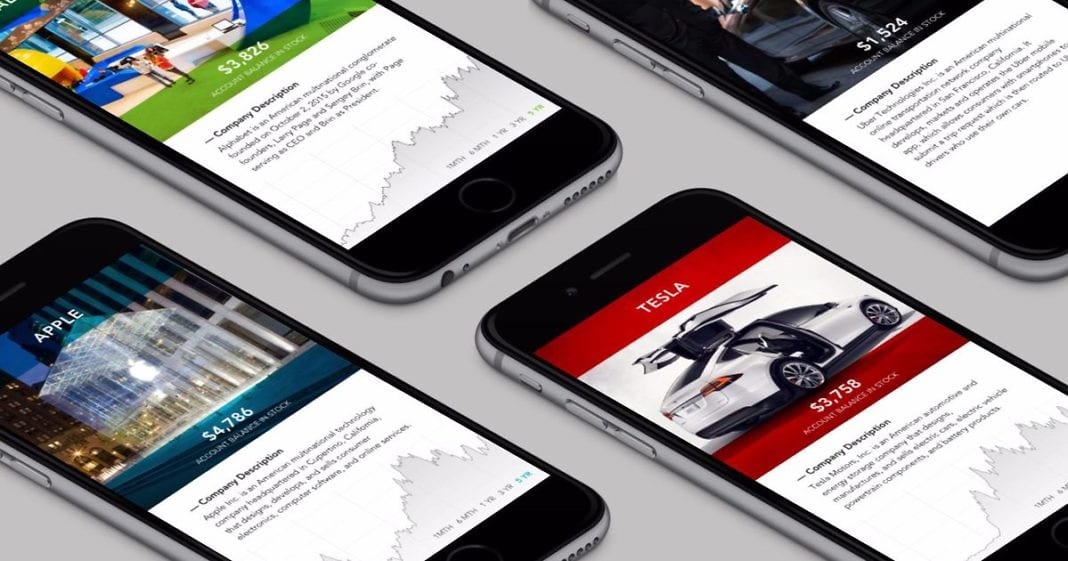 You better hope the iPhone 7 sells well your future retirement savings could depend on it.

Spaceship, which bills itself as the “super fund for millennials,” is creating a new style of superannuation fund that will invest predominantly in technology. A super fund is a mandatory way Australians save for old age, somewhat similar to a 401(k) in the U.S., built from contributions by employers and voluntary top ups.

SEE ALSO: How one software startup made it by doing everything backwards

Spaceship is the work of a Sydney-based team with backgrounds in finance and venture capital. Andrew Sellen, CEO and cofounder, told Mashable the idea emerged over beers, as he and cofounder Dave Kuhn debated whether a new type of super fund could overcome the apathy most young Australians have about their savings.

“If you ask anyone our age where their super is, they’ve generally got no idea. And then when you ask what companies they own in their super, they have even less of an idea,” he said.

Once the startup jumps through the necessary regulatory hoops, they’ll build an investment portfolio with “a technology core.” “So the biggest names in the list will be companies like Apple, Google, Microsoft, Amazon, Facebook,” Sellen said.

“We think in the decades to come, the companies that do best will look a lot more like Apple and Google than the big banks and mining companies that currently dominate Australian super portfolios.”

The startup’s launch was hailed on social media by some of the biggest names in Australian tech, and it raised a A$1.6 million ($1.2 million) seed funding round with contributions from the likes of Atlassian cofounder Mike Cannon-Brookes.

Super for the where the world is going, not where it has been @SpaceshipAU https://t.co/VbE2gUoxec

In a company aimed at the 18-35 age bracket, there won’t be too many forms to fill out. Everything with Spaceship happens via the Spaceship app, Sellen said, including rolling over your existing super from other funds and being able to see where money is invested down to the dollar amount. He said the signup process would take about 90 seconds.

Like other super funds, Spaceship will charge a fee, but Sellen could not yet disclose the amount.

He added the fund would “definitely” open this year. “We have a few thousand people on the waitlist already,” he said. “We think it could grow very quickly. We think we can get a million people in seven to 10 years.”

Should you roll your super on over?

The super industry is certainly due for a shakeup, but should you sign up for Spaceship?

Brad Twentyman, client director at Pitcher Partners, said he thought Spaceship was likely to appeal to a section of the market that is currently disengaged from their super.

Ultimately, he will wait to see the extent of the portfolio’s technology focus. “From an investment side, they may be reasonably conservative, which as an advisor wouldn’t cause me too many concerns,” he told Mashable. “If it was 100 percent tech, I’d be telling people only to put in 5 to 10 percent.”

As he pointed out, most super funds don’t allow you to pick an industry sector like “tech.”

“In a lot of super funds, you can choose to invest in Commonwealth Bank or Apple, but not necessarily an industry,” he added. “As an advisor, you tend to tell people they need to be diversified across asset classes and regions and industries.

“It depends how aggressive that tech stuff is, too. If it’s your Apples and your Googles, it’s different to that really [speculative] tech stuff.”

Young people are so immersed in technology, it’s an appealing proposition to invest in these sorts of high growth companies, Sellen suggested, especially if your investment goals are longterm. “All stocks are volatile, but the important thing to remember, particularly for our generation, is you’ve got 30-plus years until you need to access that money,” he added.

In Australia, debate has also been growing about ethical investing, and new super options have emerged that do not invest in companies that contribute overwhelmingly to global warming. While Sellen did not say Spaceship would 100 percent avoid mining companies and the like, he said he believes such companies are not where the world is heading.

“Companies whose business model involves screwing over people or the environment will probably not exist 10 or 20 years from now,” he opined.

He said at Future Super, they’ve found that by avoiding fossil fuel industries, you necessarily end up having greater exposure to industries like fintech, healthcare and technology. “We’re very supportive, but the challenge is, if you’re going to invest in the future, you have to stop investing in the past,” he said.

After all, technology companies are still multinationals with their own set of priorities. Apple, for example, has faced complaints about its environmental impact, tax practices and its treatment of workers, although in some cases it has actively worked to change its ways.

Sheikh suggested that an ethical super is a constant challenge. “Everyday you’ve got to wake up, look at your profile and be prepared to divest when the line is drawn,” he said. “If you’re launching a new fund, you should also have an ethical approach.”

Pokémon No: game’s daily active users, downloads and engagement are down