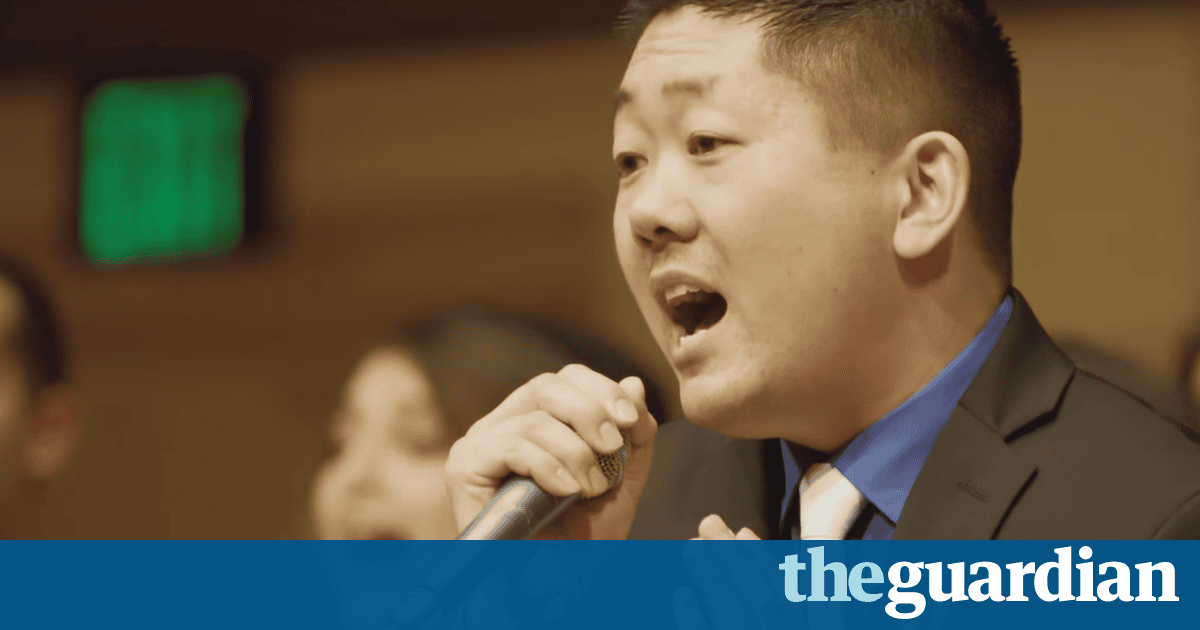 What’s the first thing that comes into your head when you think of Silicon Valley? It might be computer programming, or social media, or internet bazillionaires. It’s probably not an a cappella Destiny’s Child mash-up where the opening lyrics of Bootylicious have been altered to include the names of technology companies.

Techapella is an annual Christmas concert where the in-house a cappella teams from all of the major technology companies showcase their singing capabilities.

“I didn’t expect us to have an a cappella group, let alone everyone in Silicon Valley,” said Remy DeCausemaker, open source program manager at Twitter and beatboxer in the Songbirds.

DeCausemaker joined Songbirds on his first day working on the company. “I’d just got my badge and picture taken and someone mentioned a bunch of clubs including an a cappella. I was like: ‘Whoa, what?!’

“People don’t usually equate hardcore engineering and the arts. It’s very cool to see brilliant technical people one moment solving database scalability problems and the next moment saying: ‘I think you’re half a step flat on this note here’.”

He’s not the only one surprised to find so many aca-people within these companies.

“The second I heard about Techapella, I was like: ‘Yes!’ This is one of the major final frontiers for a cappella,” said Deke Sharon, the “father” of modern a cappella and this year’s Techapella emcee.

Sharon, who is musical director of the movie franchise Pitch Perfect as well as TV shows like The Sing-Off, said a cappella provided an important antidote to our increasingly digital lives.

“Right now in our society, people are divided and feeling disconnected. They don’t know their neighbors and they don’t feel this connection to society,” he said. “There’s no better way to connect to other people and create something wonderful than to get together with others and sing.”

Allie Polubiec, a front end engineer at Facebook and soloist in the Vocal Network, agrees.

“It’s physically exhausting working at a computer day in day out. I need time to rest and stretch other muscles,” she said.

“Singing is just good for you. Psychologically, there’s something very cathartic about using your voice and expressing your inner joy,” added Rico Rodriguez, a software engineer at LinkedIn.

Rodriguez is one of the original members of the Techapella community in the Bay Area, having started in Google’s group Googapella more than five years ago. When Googapella’s co-founder Laolee Xiong was hired by Facebook, he launched the Vocal Network and the two groups arranged the first Techapella winter concert in 2013. Since then the Techapella scene has exploded, with about 10 teams performing in the 2017 concerts.

“Techapella has grown so much over the last five years” said Xiong. “I’m excited to see where it’s going to lead to.”

The dorky reputation of a cappella has been mitigated by pop culture portrayals of the phenomenon in shows like Pitch Perfect and Glee.

“A cappella has a history of being nerdy, but I think it’s actually going in a cooler direction,” said Alex Feldman a Dropbox software engineer who leads the cross-company group Internote, made up of individuals from companies including Google, Lockheed Martin, OpenAI and various startups. “You can tell my sister who is in four different punk bands in LA that I’m coming for her!”

DeCausemaker agrees: “So much of the world is filters and hashtags. A cappella is raw. I think it shows that nerds and geeks are well-rounded people and we’re helping to break stereotypes,” he said.

Techapella diverges from pop culture tropes insofar as it’s resolutely not a competition, with the exception of a friendly beatbox battle during the show’s interlude.

Amazon’s next conquest will be apparel