With Uber set to deploy autonomous cars in Pittsburgh, some drivers for the company wonder if theyve been expendable all along 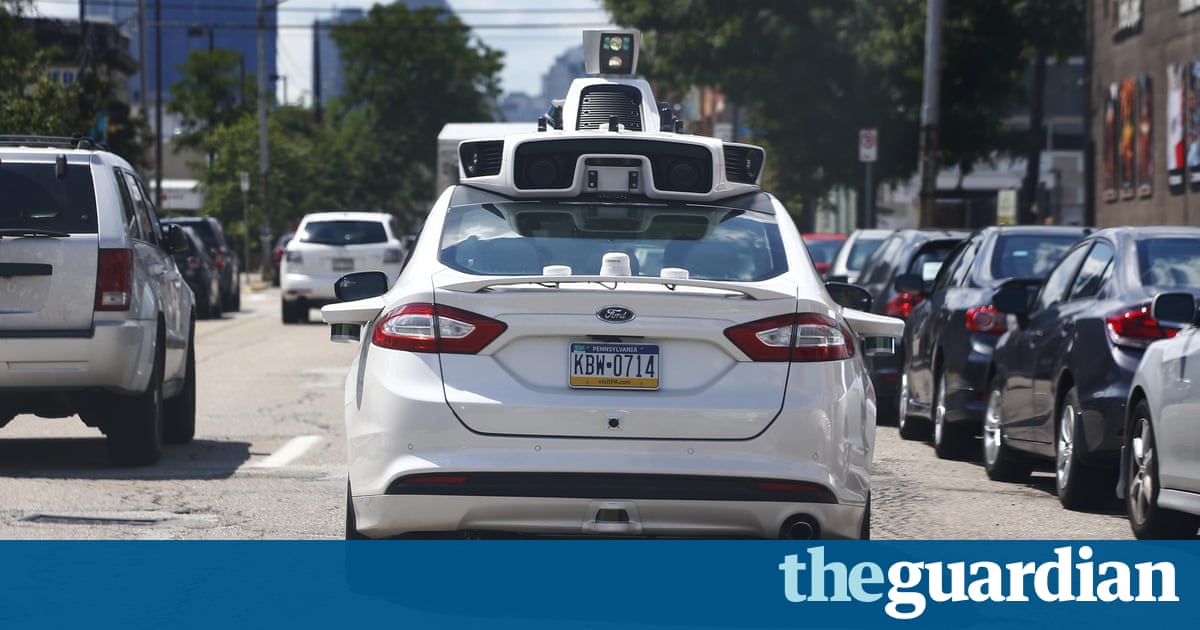 Wo-o-o-o-w, Cynthia Ingram said. We all knew it was coming. I just didnt expect it this soon.

Ingram, a 60-year-old Uber driver in Pittsburgh, Pennsylvania, had just learned that Uber would be deploying autonomous cars to accept fares in her city within weeks. The announcement on Thursday morning sent shockwaves through the community of about 4,000 drivers that serve Pennsylvanias second largest city.

Uber has not specified how many autonomous vehicles it plans to roll out in Pittsburgh, but state law requires a licensed driver to be seated behind the wheel of any vehicle, autonomous or not. So the cars will still have a human driver in the front seat for now. )

The company did not respond to queries about who those non-driving drivers will be or whether they will undergo special training.

But for Ingram, autonomous Ubers are an unwelcome threat to her livelihood.

I kind of figured it would be a couple more years down the line before it was really implemented and Ill be retired by then, she said.

A paralegal with 30 years experience, Ingram began driving for Uber and Lyft in June 2015 when she lost her job. She said that she loves driving for Uber, though she has struggled to make ends meet.

Rob Judge, 41, was also concerned with the announcement.

A longtime customer service representative, Judge began driving for Uber three months ago to make money while he looks for other work.

For me personally, this isnt a long term stop, he added. But for a lot of other people that Ive connected with, this is their only means.

Judge also questioned whether passengers would miss the opportunity to meet and talk with their drivers.

It has the potential for that human interaction to go away, and thats the best part of the whole experience, he said.

Uber has never made a secret of its ambitions for a driverless future, and in Pittsburgh, where it operates a self-driving research lab, the city has grown accustomed to the sight of its autonomous vehicles on the streets.

Pittsburgh has been a home for autonomous vehicles and research for decades, said Timothy McNulty, communications director for mayor William Peduto. Were pretty used to self-driving cars here, and were happy that Uber is taking this next step.

Not all drivers shared his joy. In private Facebook groups where drivers for Uber and Lyft congregate, some drivers joked about sabotaging their rivals.

I say we all go out and get drunk and puke in the driverless cars … next passenger will be pleasantly surprised, wrote one driver.

Get on a bridge and wait for one to pass under then dump dark paint on the roof, another wrote.

Judge did not propose any such sabotage, but he admitted, I think a lot of us are hoping that there are some hiccups that can slow this thing down.

Pittsburgh is really the center of the innovation economy on the east coast, said Alex Wallach Hanson, field director for Pittsburgh United, a coalition of labor, community, and environmental groups that advocates for working class families. Thats a good thing for our city, but we also need to take a leadership role in making sure that it benefits everyone in our economy.

In addition to Uber, Pittsburgh has attracted outposts from Google and Facebook, and is home to a growing tech start-up scene.

If part of innovation technology is replacing drivers with technology, we need to look at policy solutions that we can put in place like a universal basic income, to make sure that everyone in our community has a family-sustaining life, Wallach Hanson added.

Eric Lightfoot, a full-time Uber and Lyft driver, said that he was excited for the driverless future.

In America, we cant all fricking own cars anymore. That has got to end, he said. If this is one of those avenues then thats what it is. It doesnt bother me at all.

Lightfoot said that he believed it would take another 20 years for autonomous cars to replace drivers, but even if he is wrong, he welcomes the change.

Ive always dealt with life as it comes, he said. If it happens tomorrow and Im out of work, Ill find a new job. Ill find my way.

Still, you wont catch him in a driverless car tomorrow.

Ill let all the guinea pigs figure that shit out before I get in one, he said.

Ingram shared Lightfoots personal aversion to autonomous cars, saying she would absolutely not accept a ride from one of the new driverless Ubers.

I want somebody in control of that vehicle other than a computer, she said.

Only Couples Who Are In Love Will Do These 7 Things