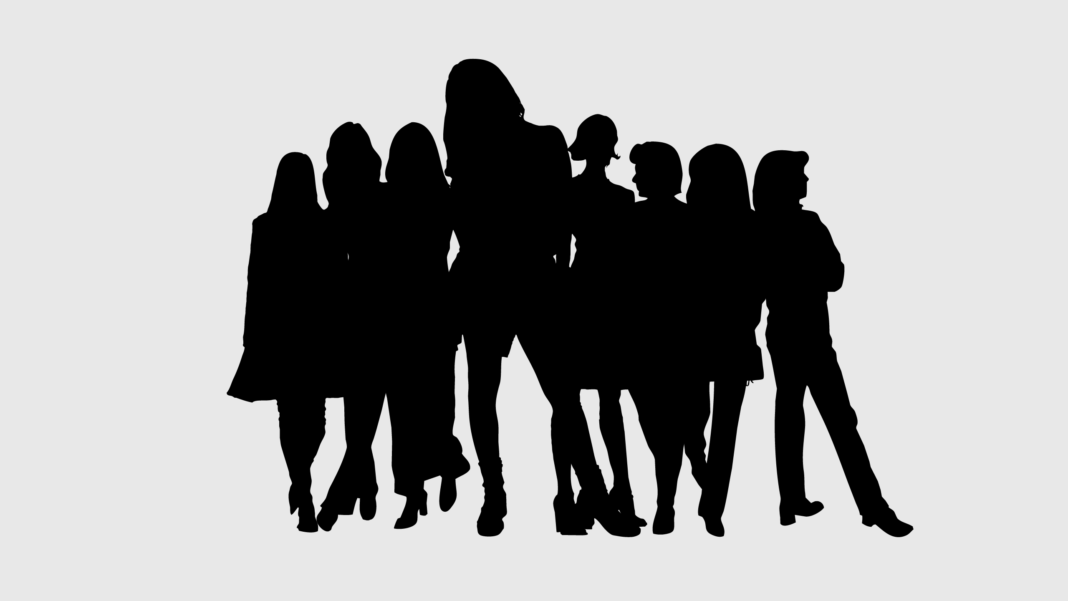 Melissa Jun Rowley is a journalist, entrepreneur and activist focused on the intersection of storytelling, technology and social justice. As the founder and CEO of Humanise, Inc., she is developing The Toolbox, a data-driven humanitarian initiative created by musician Peter Gabriel.

Asia Joumaa is a Lebanese web developer at the Beirut-based internet company Pixel38 and the top student to graduate from the second training cycle of SE Factory, an intensive coding bootcamp that provides young people with the technical skills they need to land jobs in the Lebanese digital sector a space dominated by men from the top down of the glassy ceiling, like every tech ecosystem across the globe.

Ive always wanted to work as a web developer, and then I got into SE Factory, which helped me get there, shares Joumaa. Theres a lot of young women who want to get into tech here in Lebanon.

Indeed there are. At Beirut Digital District (BDD), a bustling tech hub in Lebanons capital that provides space and support services to 70 other companies (including SE Factory), the gender ratio is 55 percent women to 45 percent male. At the executive level, the ratio is 80 percent men to 20 percent women.

But lets back up for a second. The fact that more women are holding positions within BDDs creative tech cluster, which is home to approximately 1,300 employees overall, is a bright anomaly, as there arent known tech scenes in the Western world where women outnumber men.

At this moment in time, embracing women in tech at any level should be non-negotiable for any business and government that intends to thrive. This isnt simply because there is a growing, global crusade of groups championing female entrepreneurs. And its not because were not waiting 118 years for gender equality to finally transpire because were not, by the way. Its because women represent the largest market opportunity in the world, as they control $20 trillion in consumer spending a year.

According to the 2016 World Economic Forum Global Gender Gap Report, Lebanons ranking for womens rights is 135 out of 144. With more players in Lebanons digital network contributing to the employment and success of women, that position could and will hopefully change for the better.

If the gender trend at BDD continues to expand beyond that community, and if more women in the country begin to pursue founder and executive roles, theres hope for women to become a larger part of Lebanons economy.

As with any social movement, young people are the key to change and to cultivating new ideologies. Mohammad Rabah, general manager at ZRE, the developer of BDD, says the talent graduating from Lebanons universities is the main ingredient that led to the creation of BDD and its female workforce. Its worth noting that Lebanon has one of the top education systems in the world.

I believe of the graduating talents you have more males traveling outside Lebanon continuing either their studies or their work at regional or international locations, whereas with females you have a higher percentage that stay within Lebanon to work with local companies, says Rabah.

Resilience as a lifestyle

In three recent trips to Lebanon, Ive interviewed a number of women like Joumaa determined and driven individuals who have their dreams in front of them despite having to deal with the daily challenges of living in a country known for consistent power outages, notoriously slow internet and hosting more than one million Syrian refugees.

From a founder perspective, the hurdles dont end there. In many countries, a person can quickly register a business online for as little $70. However, in Lebanon the process may take weeks and costs thousands of dollars.

Rather than view these issues as obstacles, many of the entrepreneurs in Lebanon use them to inform the creation of solutions that can serve others regionally and globally.

Case in point: Nadine Haram is the co-founder of Proximie, an AR platform that allows virtual surgical training to take place. The technology has been used to aid surgeons in conflict zones, including Gaza, Syria and Iraq.

A graduate of the U.K. Lebanon Tech Hub (UKLTH), an accelerator program based at BDD and focused on helping startups scale internationally, Proximie was co-founded by Talal Ali Ahmad, and recently signed Yale as a new partner.

I think Lebanons strength has always been its human resource, its brain power be it in healthcare, tech, engineering, space, education or finance, says Haram. If you look globally to any of these industries, Lebanon always has a few shining examples there. More specifically this is also the case for women, with education and college degrees being a very big part of our culture.

Some other women-led successes that have come out of UKLTH include the healthtech product Sensio Air, co-founded by Eve Tamraz and Cyrille Najjar, edtech startup Play My Way, co-founded by Salma Jawhar and Dr. Ahmad Hammoud, and the password protection provider Myki, co-founded by Priscilla Elora Sharuk and Antoine Vincent Jebara.

Three years ago, funding for Lebanese startups came mainly from angel investments. However, this has changed since the introduction of the Circular 331 initiative, which has made available $400 million for investment in the knowledge economy directly by banks or venture capital funds.

Because of the war, Lebanon was suffering a brain drain, and I think by invigorating and investing in the tech industry the government has made a huge impact on the current generation and generations to come, says Haram. Women are encouraged to be entrepreneurs, and they are celebrated for their success. Furthermore, the financial investment by Circular 331 has allowed these women to take their amazing ideas through to fruition.

Eighty-five kilometers north of Beirut, the city of Tripoli is also seeing its own tech community develop, and women are at the helm.

Najwa Sahmarani and Fadi Mikati, co-founders of the Tripoli Entrepreneurs Club (TEC), are making sure of that. In three years, their organization has run startup workshops and two rounds of pre-acceleration programs.

While participating in a delegation by the Aspen Institute called Fringe Diplomacy in November of last year, I visited TEC. As I absorbed the clubs zen energy and communal atmosphere, it was hard to digest that not long ago violence flooded the area, caused by sectarian clashes between rival neighborhoods.

The height of the terror was two years back, says Sahmarani. When we started TEC it was just in the middle of it happening, and this is why we have this big community. Because the young people, the young professionals who are living here, saw it as a way to actually do something for this community, and create a different image of whats happening. To make it liveable, actually.

Sahmarani added that being based in Tripoli made her realize how vital entrepreneurship is as a means to fight the high rate of youth unemployment, which is near 40 percent there.

Out of 10 people, four will be unemployed, and its causing the city a lot of brain drain and a lot of stress and challenges at economic and social levels, she says. If you decide to stay here you have to do something. You cant just decide to stay here and say Ill be happy here whatever happens. Its kind of second nature here to want to build a company that brings value and positive impact.

No one is as serious as the entrepreneurs in Tripoli because we have the survival need, says Rayan Al Zahab, founder of BambooGeeks, a coding bootcamp in North Lebanon. Since starting the program, shes traveled back and forth between Lebanon and San Francisco teaching young people how to code.

We work on base projects and train with the tools coders will actually use in companies, she shares. And we work on developing their [coders] personal communication skills, like how to write an e-mail, how to write a correct CV, how to address non-technical people and how to do a full presentation and have self-confidence.

Building self-confidence within any group of people of any background is never an easy task, and in some situations it takes a complete change in mindset, which Sahmarani says is a fundamental issue.Poverty is a very big problem, but mindset is, as well, because weve lived through a lot of challenges and violence, and we see corruption everywhere.

Paradoxically though, theyre also seeing emerging talent and opportunities. Applications are currently open for TECs Startup Seeds program that provides training, mentorship and up to 10,000,000 LBP in cash grants for early-stage businesses.

Regarding what the West should understand about Lebanon, Rabah says: I believe the outcomes and the potential and the talents present in this ecosystem is something that we would love for the West to know about. Whatever is presented in the West is usually, unfortunately, the political instability. If they would focus on the success stories that weve had and the growth that is what we would like, because this by itself would bring investment.

If investors outside Lebanon havent taken notice of the countrys tech sector and success stories, its time they start.

The bootcamp program at Beiruts AltCity is producing a series of Startup Sprints as the first phase of the ventures bootcamp idea-stage startup program. And their ideas are gaining traction. AltCitys 27 bootcamp startups recently reached $1.1 million in total funding raised. Additionally, through a partnership with UNICEF Lebanon, AltCity is launching Lebanons first social impact accelerator, Elevate, which will provide training and mentorship for founders developing solutions for the countrys toughest social and environmental challenges.

In February, Techstars held a conference in Beirut for the first time to introduce its acceleration program to Lebanon and recruit startups.

Speed@BDD selects and accelerates 20 top-tier startups per year from across the Middle East, and provides them with mentorship, industry connection and $30,000 in cash. So far, the program has accelerated five female-led startups, including Modeo, Synkers, Topshou, Interior Advisor and Wanowi.

This coming August, the fifth annual Arab Women in Computing and Technology Conference will take place to support and celebrate women in technology, while connecting them to the broader, global tech sector.

These are just a few of the usual suspects that have been promoting Lebanons tech startup ecosystem for years. There are more on the horizon, and there will undoubtedly be more women bursting onto the scene.

Russia sanctioned and SpaceX looks back to the stars: It’s The Daily Crunch