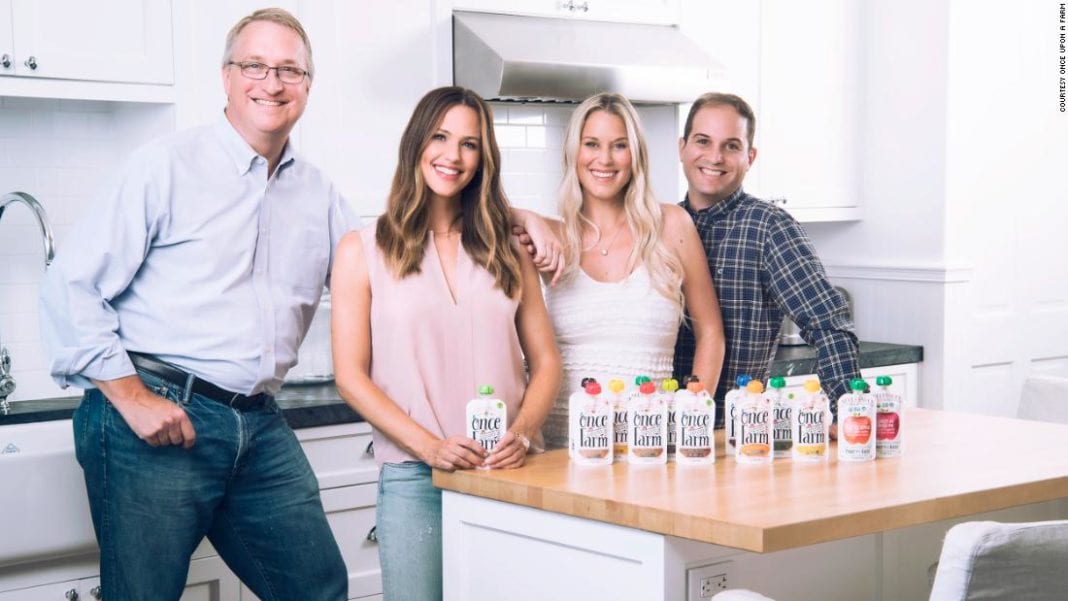 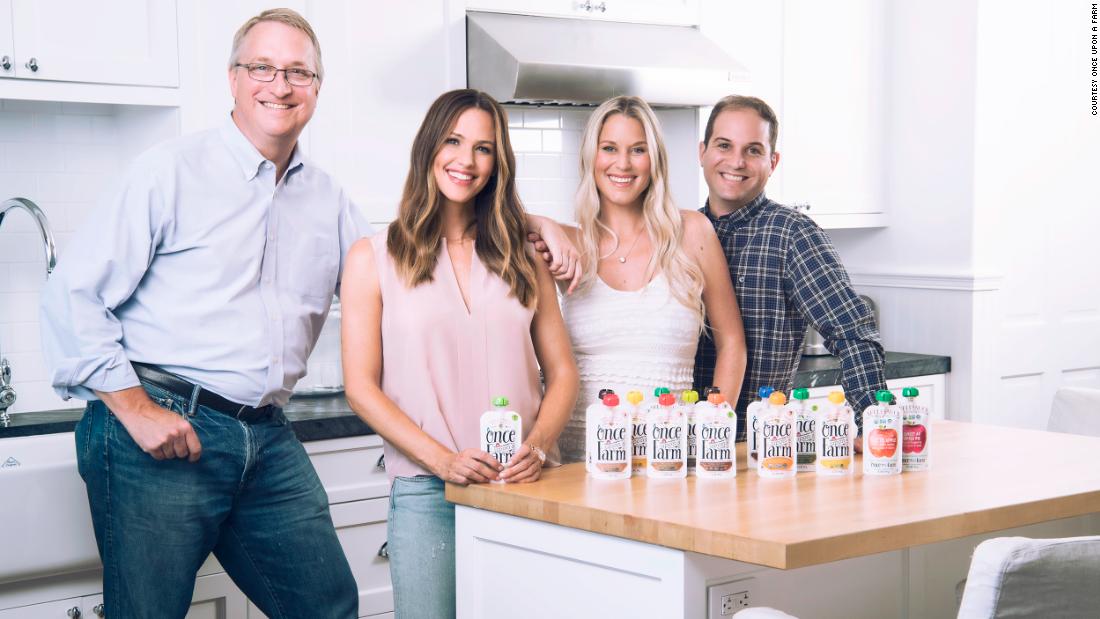 (CNN Business)The rigid policies of many workplaces can be hard on families — especially those with young children. But an organic baby food company aims to change that.

The company was started in 2015 by entrepreneurs Cassandra Curtis and Ari Raz. Last year, John Foraker, the former CEO of organic food company Annie’s Homegrown joined as CEO, and actress Jennifer Garner joined as chief brand officer.
Foraker was at Annie’s for almost two decades, and is taking the lessons he learned along the way with him to Once Upon a Farm.
One of his biggest regrets at Annie’s, for example, was not offering a paid family leave plan.
“We had at Annie’s these amazing moms that worked for us and built this brand,” Foraker told CNN’s Poppy Harlow in an interview for Boss Files.”And then I think of the challenges that they had when they had their kid and they had to deal with all the issues of figuring how to gap coverage and all that.”
Creating a paid family leave policy was a top priority for the founders at Once Upon a Farm. New parents get 12 weeks of paid leave, and new mothers get an additional six weeks for recovery.
“All of the women who are coming into their power are also coming into motherhood at the same time,” Garner told Harlow.”It’s part of what makes it so incredibly hard to make these decisions to keep moving up.”
The company alsosupports the FAMILY Act. That proposed legislation would create a nationwide insurance program that offers up to 12 weeks of leave for family and medical purposes with partial pay.
“We want to lead there and be out on the front edge of that. We think there should be legislation around that, and we think there’s a lot of bipartisan support for it. We want to be a company that stands for that,” said Foraker. 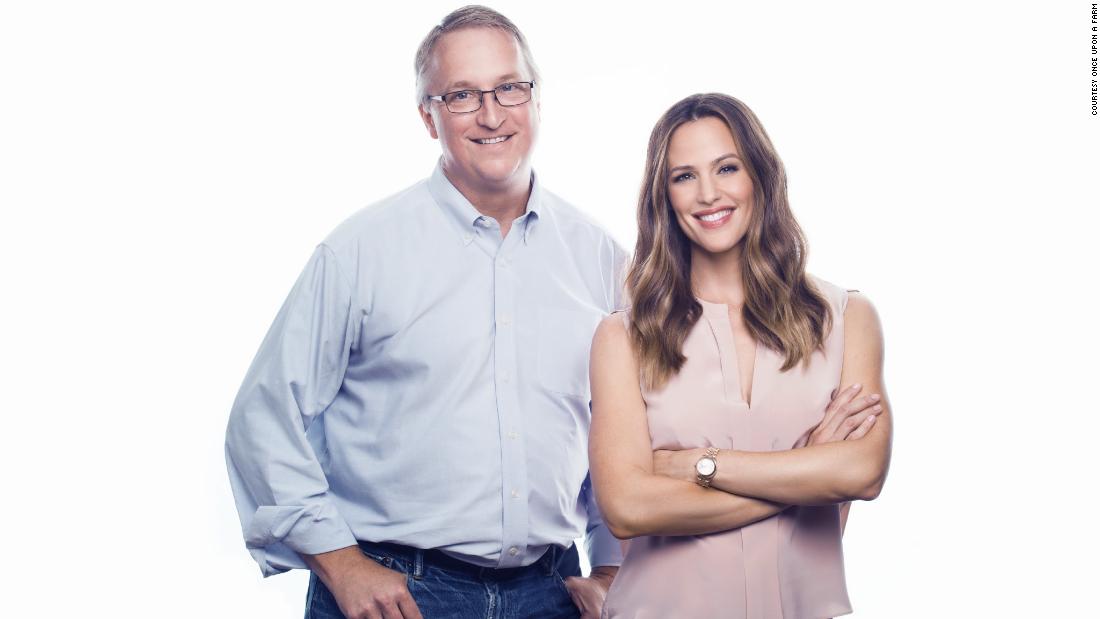 Foraker knew early on that Once Upon a Farm needed a clear corporate mission.
“At Annie’s … I didn’t define our mission and values early enough,” he said. Despite joining the company in 1998, it wasn’t until the mid-2000s when he created a clear mission.
“Then our business [at Annie’s] took off because it helped us really define who we would hire and how we would act with each other,” he said.
Not willing to repeat this mistake with Once Upon a Farm, Foraker and Garner sat down and hashed out their mission: “To nurture our children, each other and the earth in order to pass along a healthier and happier world for the next generation.”
In addition, they also laid out the company’s core values: honesty, integrity, transparency and respect.
“We have a really strong set of core values and we hire people that we know will represent those values,” Foraker said.
The company itself is still in its infancy with 38 full-time employees — around 80% of them female. 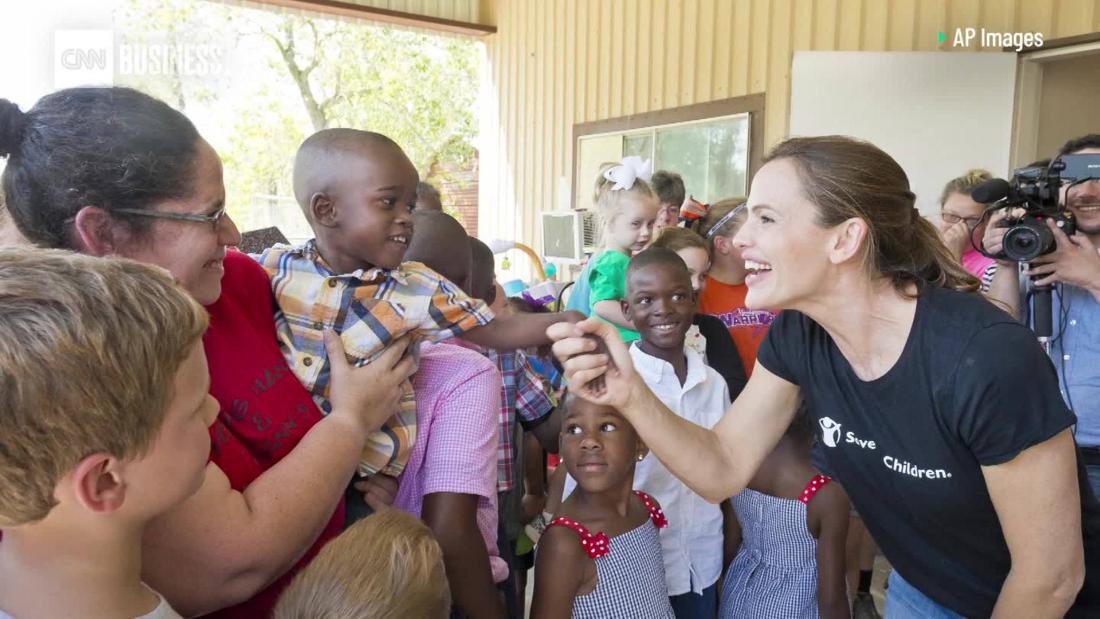 “We all are utility players,” said Garner. “We all wear a ton of hats. I love being in at the beginning so that I am emboldened and kind of forced to jump into the fray … in a world that maybe in the beginning, I wasn’t as comfortable with.”
Giving workers flexibility with their schedules and time off has also helped the company create a better sense of work-life balance for its employees.
“In order to be a successful working woman and have any semblance of balance, you need to have a certain amount of flexibility and a huge amount of trust,” said Garner.
The company also has an unlimited vacation policy and flexible telecommuting schedules.
“We’re just a performance culture. We say: ‘Here’s what we want to do. We want to do it together. I trust you as a person to make decisions about how you use your time,'” Foraker said.
The company’s products are sold in more 8,500 locations, including Target, Walmart, Whole Foods and Kroger stores.
While making fresh and nutritious food accessible to everyone is part of the mission, the pouches can sell for around $3 each. The company said it’s working to create a line of specific products with a lower price point that would be eligible for some government-assisted food programs.
“We do care about these women and these moms and these kids and we believe that their kids have just as much of a right for this fresh, healthy start as our kids do,” said Garner.