The FCC has made life harder for millions of Americans who used to web to engage in politics and write themselves into history, says Carmen Scurato of the National Hispanic Media Coalition 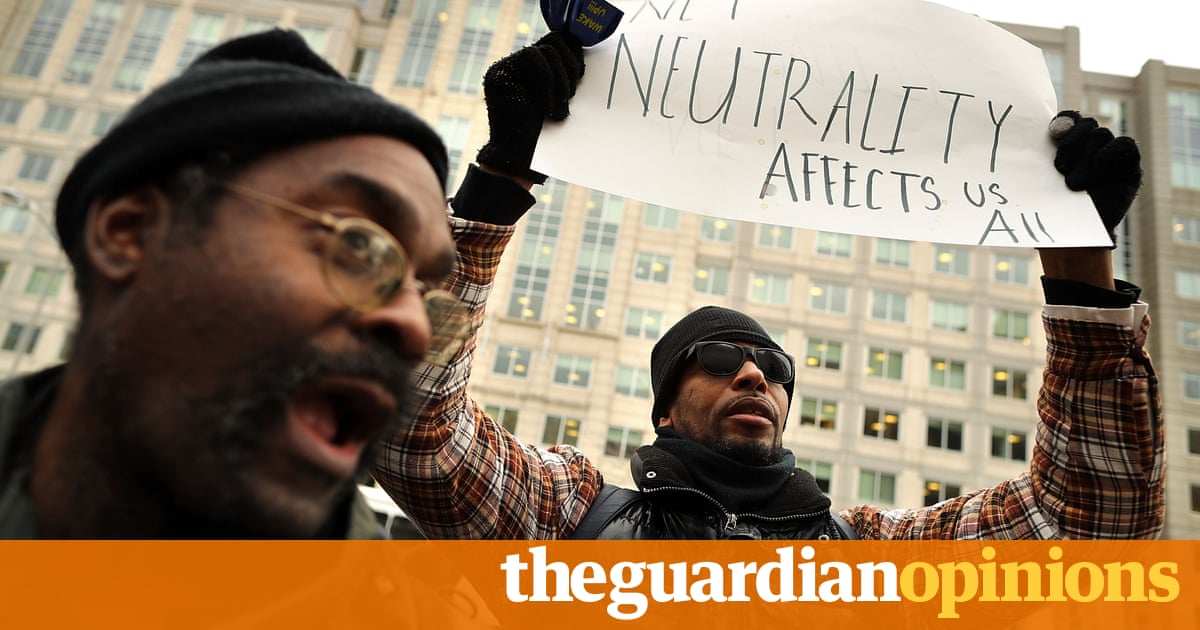 For Marco Castro Bohorquez, an advocate in Los Angeles, connecting to the internet every day isn’t just about checking in on friends or clicking on headlines. It’s a primary means of survival. Marco is HIV positive and struggles with mental health issues, and often connects to therapists and other providers via Skype.

“With my doctor, we couldn’t really call for an appointment, we needed to do that online,” he stated during a Connected Communities town hall held in the LA Community Action Network. “At the moment that you realize you don’t have access to broadband, to the web … you feel as if as if your hands are tied.”

Internet access has become integral to America’s way of life – it is essential to finding jobs, educational opportunities and health services. For people living on the margins, it is a tool of upward mobility.

There are 69 million people in the United States living without home-based internet services. Some rural and low-income communities go without because they don’t have access to broadband services, but a study shows that most people go without home broadband because they simply can’t afford it. Affordability of broadband creates and exacerbates gaps in financial and educational opportunities between the broadband “haves” and “have-nots”.

And for people like Marco, access to the internet is about to get even more difficult. Last week, the Federal Communications Commission (FCC) last week repealed net neutrality and abandoned its role in regulating the most vital communications tool of the 21st century.

Since its inception, the internet has been an open and neutral platform. The principle that all legal internet traffic should be treated equally is the vehicle for innovation that sparked the digital economy. But the internet as we know is under attack.

With its repeal of net neutrality, the FCC eliminated the rules that prevent internet service providers like Comcast, Verizon and AT&T from blocking, slowing down, or prioritizing one website or service over another.

Just two years ago the FCC cemented the principles of net neutrality in its open internet order, protecting and preserving the internet as an open platform. Yet, with the change of administration, the Trump-appointed FCC chairman Ajit Pai set his sights on repealing net neutrality no matter the costs – looking to gift ISPs the right to editorial discretion of what content and websites can travel over their networks. It is the equivalent of giving ISPs carte blanche and legal means to block websites and curtail free speech.

Net neutrality is not just about who owns access to the internet, is it also about how we are able to use it and benefit from it. It has allowed people of color a means to bypass broken legacy systems, harness innovative offerings, and succeed without access to traditional financial resources.

It has also allowed marginalized communities to engage in the political process, speak truth to power, and push back against structural discrimination. All those gains and opportunities to write ourselves into history will be lost if the balance of power and control shifts to the ISPs.

Allowing the internet to become a platform that is pay-to-play and splits into fast and slow lanes will tip the scales to the hands of the privileged few. Citizens of communities like Winlock, Washington, will have no recourse and no hope to deal with the painfully slow and expensive internet provided to their town.

The reality in Winlock is that it takes three days to download Microsoft Office, and some residents wake up as early as 3am to secure enough bandwidth to upload the files they need for their business’s website. That could be a reality for all of us. Without net neutrality, the economic and opportunity divide will widen for all.

Relinquishing its role in regulating the internet runs contrary to the FCC’s fundamental responsibility of ensuring that all Americans are connected in the 21st century. The internet cannot and should not be for the privileged few, it should be equally accessible to all. People like Marco deserve to have their voices heard in this debate.

The American people, not greedy corporations, should be in control of the internet. Unfortunately, the FCC failed in preserving the open internet – the most vital communications tool of our lifetime.