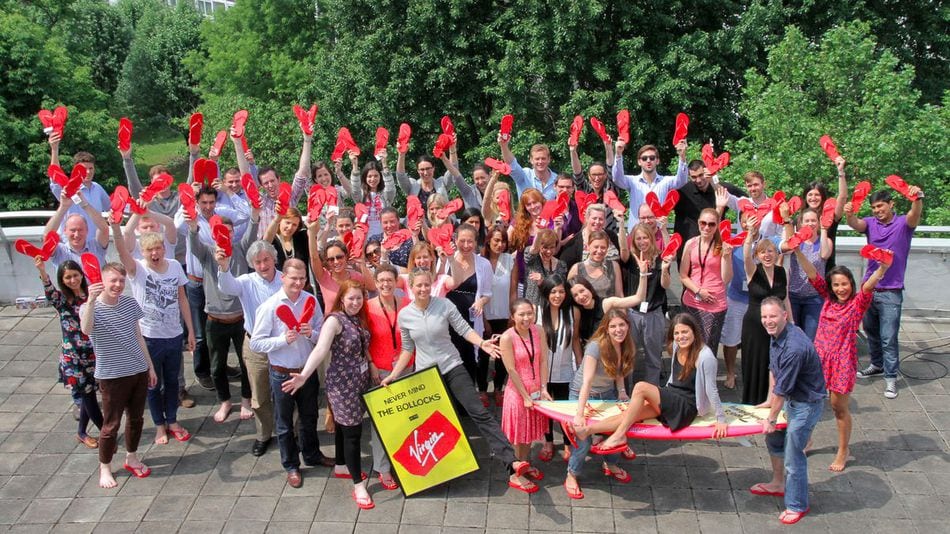 LONDON. Sir Richard Branson probably isn’t your boss. But if he was, he’d tell you to unplug for a moment, maybe even two.

Virgin, the British multinational company founded by Branson, recently instituted a new requirement that some of its employees turn off email for two hours a week in a bid to improve their wellbeing and creativity.

The policy comes as companies are coming under fire for creating environments in which workers are expected to be plugged in almost all the time.

The policy, which has been running since June, sees around 200 employees at Virgin Management in the U.S. and the UK getting away from their desks each Wednesday morning from 10 a.m. to noon to take part in brainstorming sessions, walking meetings and even running clubs.

With the email system turned off, the employees can use their time slot to go to the Virgin Active gym as a team or chat one-to-one with their bosses rather than via email or Slack.

“We want people to live a good work-life balance and our mission is to create a happy workforce,” Lisa Thomas, Virgin’s global head of brand, told Mashable ahead of the Virgin Disruptors panel in London.

The idea of pushing employees offline is supported by growing concern over the amount of time people now spend online. The amount of time people spend on the internet is causing sleep deprivation, neglected housework and even less precious time spent with family and friends, according to the annual report by media and telecoms regulator Ofcom.

More than a third of UK internet users have tried some sort of “digital detox” to get away from their screens. Another report from Deloitte found out that one in three adults check their smartphone at night and admit their overuse is causing rows with their partners.

Predictably, governments and companies are starting to take some extreme measures to tackle the issue. In May, France voted for a measure that will force companies of more than 50 people to set hours – at night and weekend – when staff is not supposed to check emails.

The idea for the detox came from Josh Bayliss, CEO of the Virgin Group, after realizing “how detrimental it is to engagement across teams and wellbeing to spend a lot of time in front of the computer,” Thomas said.

Thomas concedes it is too early to report definitive conclusions on the experiment. On the whole, employees seem to like it though not everyone was happy when the initiative was launched:

“People in external relations or investments are reliant on being available all the time,” Thomas replied when asked whether any team was resistant to change. “I think that would be normal.”

“They embrace that we’re making attempts to create a better balance in their day. They understand that being overly reliant on email isn’t particularly good,” she said.

Martin Talks, a digital entrepreneur who offers digital detoxing trips to employees suffering from tech overload, says Virgin’s policy is a good start but more needs to be done.

“My question is: have they gone far enough?” he says.”Virgin should go further and ban the use of smartphones. Among the biggest source of distractions are social media.”

Smartphones are the biggest killers of creativity and teamwork because they’re always buzzing and interrupting us, Talks says. “Companies invest millions of pounds in lovely offices places where people are less likely to be productive,” he added.

Have they gone far enough?

Virgin is not new to these kinds of “crowd-pleasing” measures. In 2014, Branson announced he was offering his personal staff as much holiday as they wanted, adding there was no need to ask for approval.

On his website, he said that his staff could “take off whenever they want for as long as they want”.

Claire Kelly, senior content executive in Virgin London team, says at first she was “dubious” upon hearing of the digital detox policy as her role means she has to work on digital and look after content and social media.

“Since then it’s actually been quite fun,” she says. “Meetings we have during those times have a different feel, they’re more brainstorming sessions, more casual. You’re more mindful of what you’re doing.”

Another employee says the plan has put her “out of the comfort zone”.

“It’s fantastic but a bit of a challenge – our generation is so used to be able to have a digital item in the hand,” Laura Stokes, head of programme, says. “This forced practice is making me conscious on how frequently I check my emails or press refresh on Facebook.”

“I particularly like the notion of walking meetings: they’ve become a regular thing. It stimulates different ideas and you get some fresh air – something I’m missing from Australia.”

Talks agrees that walking around, rather than sitting all day, can significantly boost communication, productivity and also creativity in the workplace. It’s also good for the employees’ health.

“Sitting at the desk is more dangerous for us than smoking because of longer term health issues for the heart. In Sweden, stand up desks are compulsory,” Talks added. “Tech overload distracts people from their work and doesn’t encourage original thoughts.”

Branson will be speaking at the annual Virgin Disruptors panel debate on Oct. 3 in London.