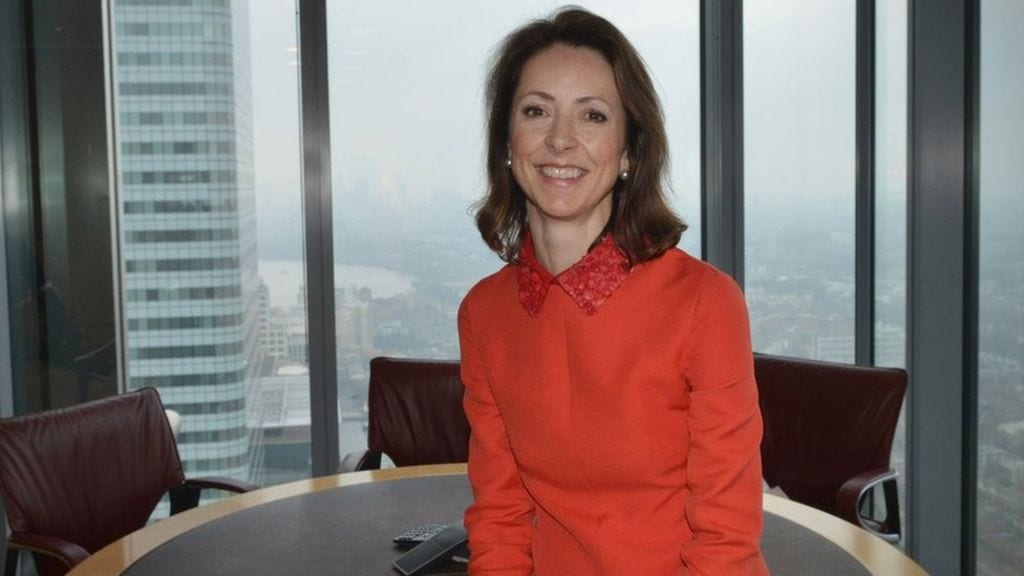 Every Christmas, Today on BBC Radio 4 invites people from different walks of life to “guest edit” the programme, choosing the topics and interviewees they want in it. Here Helena Morrissey, non-executive chair of Newton Investment Management and a campaigner for greater gender diversity in the boardroom, gives her take on a subject close to her heart.

At some point during almost every interview I have ever given, the question has come up about how (or whether) I achieve “work-life balance”.

To be honest, I don’t mind being asked, ever hopeful that my experiences as a mother of nine children with a pretty intensive City career might encourage other women to go for both – though I always mention that it’s not compulsory to have nine!

Career and motherhood should not, surely, be incompatible in the 21st Century.

It’s a big part of my own story that my husband Richard, a former financial journalist, volunteered to go freelance when we had our fourth child, so he could spend more time at home – and have a freer existence, which was important to him.

As we had more children, the opportunity (the time) for him to take on paid work shrank. Richard became a full-time, stay-at-home dad. Along the way he became an ordained Buddhist priest and meditation teacher. Between us, we have balance.

All this happened quite some time ago. Our fourth child, Millie, is now 17, and over that time I have been able to build my career, secure in the belief that our children were benefiting from the situation. Richard is still one of very few fathers at the school gates or watching the girls’ netball matches and certainly the only dad who’s a “class rep”.

He says he enjoys his life and suggests that a natural extension of all the efforts to improve opportunities for women in the workplace should be to help men have more choices too.

But society – and the media – treats mothers and fathers quite differently on the subject of combining family and career. As part of my guest edit of the Today programme, we asked men, as well as women, how they managed to “do it all”. They were all “high-powered”, whether in business, politics or the arts.

The men looked surprised by the question and conceded they’d never been asked that in an interview before, although they all had children, in one case four, all aged under 11.

Their answers were wide ranging. My favourite response was from Michael Lewis, the best-selling author, who conceded that travel was the big demand away from home for him, but on this particular trip he had dealt with that by “bringing my wife and youngest child with me”.

John McFarlane, chairman of Barclays, has three daughters and spent a large proportion of his career in Australia and Hong Kong while they were growing up. John gave flawless advice that life comes first, that it’s important to know what’s important to you and to fit work into that.

Matt Brittin, president of Europe, the Middle East and Africa for Google and father of two sons, said balance was possible because he loved his job.

The one answer that no-one gave was “my wife, who stays at home, is the key to it all”. That would presumably seem old-fashioned, as though they were not playing their part – yet in effect it’s the answer I give, with the roles reversed.

When I cite Richard as the cornerstone of the Morrissey household, everyone seems delighted. He is praised (as he should be) as a thoroughly modern man. I should add that it’s not just the children that Richard supports – he is generous, and spot-on, with his advice to me after long hard days in the office.

Of course our roles are not as sharply delineated (albeit the opposite way around) as the traditional husband-and-wife set up – we are partners, in every sense. So while Richard does all the cooking, food shopping and the (many) school runs, I do a lot with the children too. I am the chief laundry lady, story-reader, times-table-tester, cake-maker, present-buyer, holiday and party organiser.

And Richard is widely read and highly knowledgeable – and opinionated – about current affairs and much of our family dinner conversation echoes this.

A classic comment from one of the smaller children this summer as we sat down to supper: “I just don’t want to hear those two letters E and U!”

And this “arrangement” works really well, even though it evolved without either Richard or I thinking it all through – we just knew we were struggling with two careers and a growing family.

I am guessing that for many of the men we interviewed for the programme, their wives have a less intensive career than they do and take the “lead parent” role, but the whole business of working and bringing up a family is shared. Those men probably wanted to say, “it’s all made possible by my wonderful wife,” but felt they couldn’t.

Our aspiration has to be a society where we’re all just treated as people, where we can focus together on how to lead great lives, bring up families, develop interests and careers. Where men and women can take a different path to traditional roles – or not – and where they can praise and thank their partners without fear of criticism or challenge. Where we live and work and love as partners for the benefit of our families, society, each other – and ourselves.