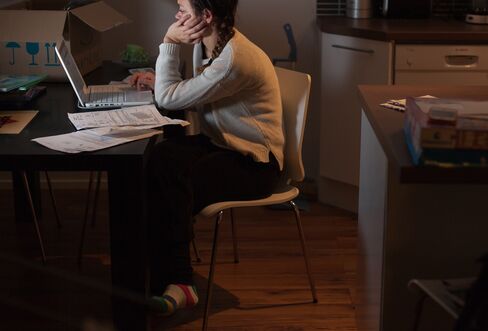 When it comes right down to it, it’s about the money.

Given the choice, most workers don’t care about having the flexibility to set their own hours if the trade-off is lower pay, a new study finds.

This was “the first, surprising, finding” from an experiment in which various work arrangements and pay were randomly offered to people applying for jobs at a national call center, according to the researchers, economists Alexandre Mas of Princeton University and Amanda Pallais of Harvard University.

“The great majority of workers do not value scheduling flexibility: either the ability to set their own days and times of work at a fixed number of hours, or the ability to choose the number of hours they work,” the economists found. They said their finding goes against a popular perception that flexible hours matter a lot to workers, citing an article in the New York Times Magazine.

Among the roughly 7,000 job applicants whose preferences were studied, the ability to work from home was more popular. Workers were willing to accept 8 percent lower pay, on average, to work at home, the study found.

At the other extreme, workers were strongly against giving employers the right to vary their work schedule. “The average applicant is willing to take a 20 percent wage cut to avoid these jobs, and almost 40 percent of applicants would not take this job even if it paid 25 percent more than a M-F 9 a.m. – 5 p.m. position,” they wrote in a working paper published by the National Bureau of Economic Research.

“The distaste for jobs with employer discretion is due to aversion to working non-standard hours, rather than unpredictability in scheduling,” the authors wrote.

No surprise that women, especially those with young children, are more willing to accept lower pay to work from home and avoid employer discretion over their schedules.

Paris clamps down on scooter startups

Why the future office will be as much about fun as work – BBC...