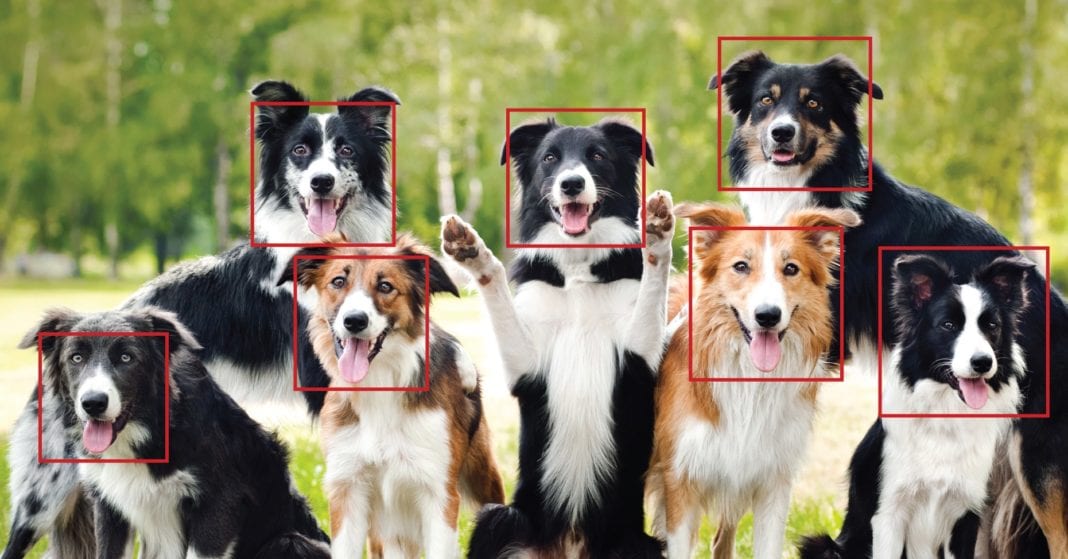 Using a social network like Facebook is a two-way street, part-shrouded in shadow. The benefits of sharing banter and photos with friends and family—for free—are obvious and immediate. So are the financial rewards for Facebook; but you don’t get to see all of the company’s uses for your data.

An artificial intelligence experiment of unprecedented scale disclosed by Facebook Wednesday offers a glimpse of one such use case. It shows how our social lives provide troves of valuable data for training machine-learning algorithms. It’s a resource that could help Facebook compete with Google, Amazon, and other tech giants with their own AI ambitions.

Facebook researchers describe using 3.5 billion public Instagram photos—carrying 17,000 hashtags appended by users—to train algorithms to categorize images for themselves. It provided a way to sidestep having to pay humans to label photos for such projects. The cache of Instagram photos is more than 10 times the size of a giant training set for image algorithms disclosed by Google last July.

Having so many images for training helped Facebook’s team set a new record on a test that challenges software to assign photos to 1,000 categories including cat, car wheel, and Christmas stocking. Facebook says that algorithms trained on 1 billion Instagram images correctly identified 85.4 percent of photos on the test, known as ImageNet; the previous best was 83.1 percent, set by Google earlier this year.

As you would guess, Instagram hashtags skew towards certain subjects, such as #dogs, #cats, and #sunsets. Thanks to transfer learning they could still help the company with grittier problems. CEO Mark Zuckerberg told Congress this month that AI would help his company improve its ability to remove violent or extremist content. The company already uses image algorithms that look for nudity and violence in images and video.

Manohar Paluri, who leads Facebook’s applied computer vision group, says machine-vision models pre-trained on Instagram data could become useful on all kinds of problems. “We have a universal visual model that can be used and re-tuned for various efforts within the company,” says Paluri. Possible applications include enhancing Facebook’s systems that prompt people to reminisce over old photos, describe images to the visually impaired, and identify objectionable or illegal content, he says. (If you don’t want your Instagram snaps to be part of that, Facebook says you can withdraw your photos from its research projects by setting your Instagram account to private.)

That might sound like a long time. Reza Zadeh, CEO of computer vision startup Matroid and an adjunct professor at Stanford, says it in fact demonstrates how nimble a well-resourced company with top-tier researchers can be, and how the scale of AI experiments has grown. Just last summer, it took Google two months to train software on a set of 300 million photos, in experiments using many fewer graphics processors.

High-powered chips designed for machine learning are becoming more widely available, but few companies have access to so much data or so much processing power. With top machine-learning researchers expensive to hire, the more quickly they can run their experiments, the more productive they can be. “When companies are competing, that’s a big edge,” Zadeh says.

Desire to keep that edge, and the ambition revealed by the scale of its Instagram experiments, help explain why Facebook recently said it is planning to design its own chips for machine learning—following in the footsteps of Google and others.

Paluri is under no illusions about the limitations of Facebook’s big experiment. Image algorithms can excel at narrowly focused tasks, and training with billions of images can help. But machines don’t yet display a general ability to understand the visual world like humans do. Making progress on that will require some fundamentally new ideas. “We are not going to solve any of these problems just by pushing brute force scale,” Paluri says. “We need new techniques.”

The 10 Senses That Will Make Robots More Human

Robots and AI are expected to operate more seamlessly within the human world. To achieve this, scientists have begun outfitting technology with the same sensors that human beings use. Those sensors, more commonly known as the five senses, are sight, hearing, taste, smell, and touch. In this series, WIRED Brand Lab explores the senses that are being developed for technology so that these objects can better operate within the human world and humans can better interact with the virtual world.

Payday startups are increasing access to wages, but is make any day payday the...

Ex-Google Executive Opens a School for AI, With China’s Help

Oscar and Lemonade founders will join us at Disrupt SF to strategize about the...