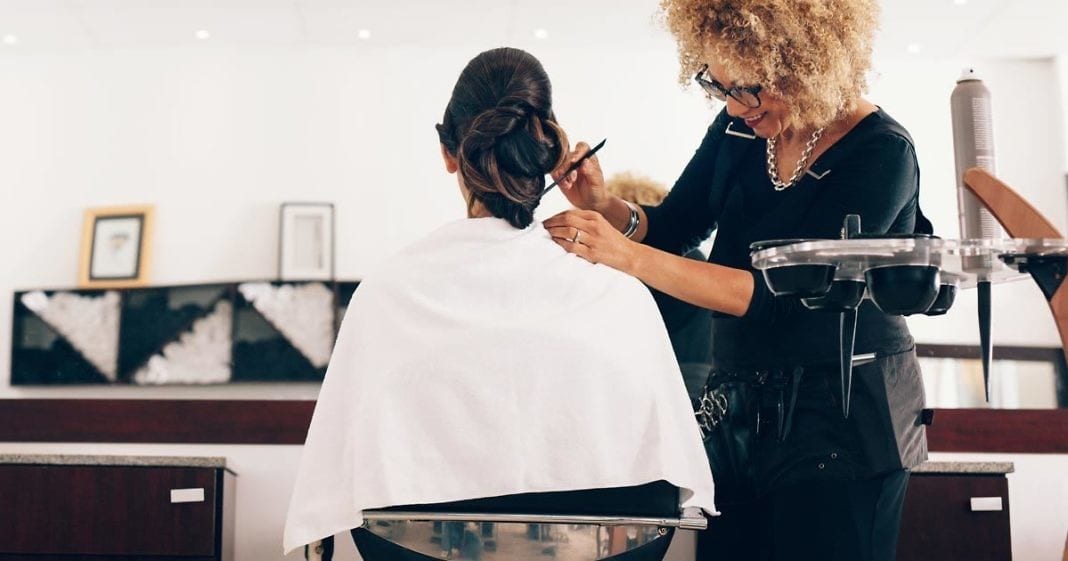 When you’re stuck making awkward chitchat with your hairdresser for extended periods of time, some secrets are bound to slip out. That was more or less the thinking behind a recent state ruling in Illinois, which now requires salon workers be trained to recognize signs of domestic abuse and sexual assault. It’s not as easy as saying, “So, uh, has the hubby punched you lately?” and reporting it to the authorities. In fact, calling 9-1-1 yourself is a big no-no. Instead, salon workers are taught to 1) encourage their clients open up on their own speed, 2) listen compassionately, and 3) provide support and information about professional resources.

While this is not a new idea, Illinois is the first state to actually require cosmetologists to go through the one-hour training class every two years if they want to renew their licenses. Now 14 other states, including New York and Wyoming, are working on similar laws and initiatives. Sometimes, asking for frosted tips is a cry for help, and salon workers are here to answer it.

Plumbers are used to dealing with problems most of us wouldn’t touch with several ten-foot poles stuck together. It’s appropriate, then, that the city of Lincoln, England recruited them (along with repair men, electricians, and housing officers) to spot and report child abuse and neglect. Since it can take a while to fix a sink or unclog a toilet, the city trained contractors to keep an eye out for signs that the children of the household might be in danger. For instance, if a kid is wearing long sleeves on a really hot day, that might be less about making a fashion statement and more about hiding bruises. Things like scalds and cigarette burns are dead giveaways for physical abuse, but the checklist includes other signs of trouble, like unexplained mood changes, avoidance of certain family members, or … well … pregnancy.

Hey, here’s a puppy being perplexed by a mirror:

Facebook is simultaneously one of the most popular things to have ever existed and one of the most criticized, for many, many reasons. But while the amount of information Facebook has on each of us will never not be creepy, they’re doing at least one positive thing with all those fancy algorithms: helping spot suicidal users in real time. Basically, Facebook’s giant decentralized brain pores through billions of posts, trying to find patterns that correlate to suicidal thoughts, in the hope that maybe they can save a few lives. When a user is flagged as suicidal, a Facebook moderator can immediately get in touch and send them helpful resources, or even contact local first responders. Oh, and this is where all those “friends” come in handy, since health experts claim that hearing from a bud is one of the best ways to prevent a suicide. The moderator can make that happen, too. 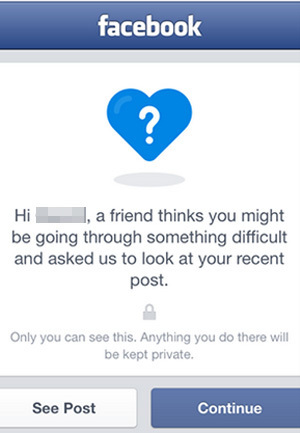 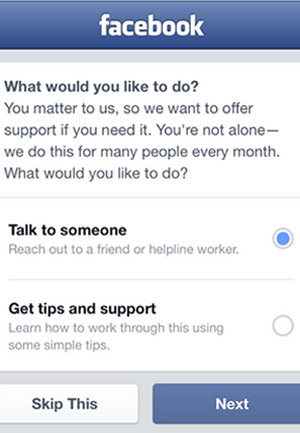 FacebookThe “Talk to someone” option really needs a “(Not that racist guy from high school)” disclaimer, though.

Within one month of testing, Facebook says they’ve initiated over 100 wellness checks, helping first responders reach troubled users before they did anything rash. Considering the disturbing trend of teens committing suicide via livestreaming services (like Facebook’s own), and the fact that suicide is the second-leading cause of death for people aged 15-24, an idea like this could have a real impact on young people. Why, it almost makes up for the sin of inventing Facebook in the first place.

Both tattoo artists and beauticians have to look at your greasy, pockmarked skin for extended periods of time. Why not make the most of it? Specialists have started training them to identify signs of skin cancer on their customers, so people might receive earlier treatment and thus have better chances of survival. On the beautician side, researchers from the University of Southern California and the University of Colorado Denver collaborated on this training video designed to teach hairdressers about melanoma and how to recognize lesions. 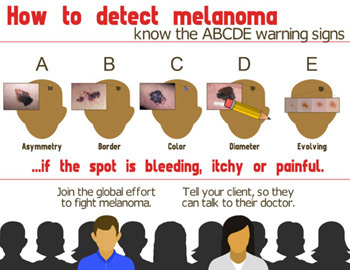 The Pistol Shrimp Is Louder Than A Gunshot

Meanwhile, tattoo artists have gone from hindering melanoma detection (because a lot of people specifically ask to cover up ugly moles) to presenting a great opportunity to raise awareness of the subject. The artist doesn’t have to be an expert on skin cancer; they just have to know the basic warning signs and pass that information on to the public. And it’s working! From the U.S. to Australia to Brazil, multiple referrals, diagnoses, and successful treatments have resulted from hairdressers and tattoo artists being like, “Uh … this black thing consuming your face might not be normal.”

Human trafficking is a subject most of us don’t even like thinking about, but people far braver than us are tackling the problem head-on. And it’s not who you might expect.

First up, cabbies. Taxi drivers are being trained by authorities in New York, London, Houston, and Canada to spot victims of sexual exploitation. They’re looking out for certain telltale signs in their passengers: young people travelling long distances and paying high fees in cash, requesting collections from house parties, hotels, or B&Bs, and travelling with just huge, huuuge jerks. Even Uber, that trash bag of a company, decided to start educating their drivers about this issue after one of them saved a soon-to-be-trafficked underage girl in California in 2016.

Next up on unlikely sources of help: bankers. The European Bankers Alliance recently released a toolkit that searches for red flags indicating that slavery is involved in a financial transaction. But we know what you’re thinking: What about UPS drivers? Yep, them too. In a program started in January 2017, UPS freight drivers all over the country undergo training to recognize signs of human trafficking, with help from the Truckers Against Trafficking organization. (Oh right, truckers help too!)

Of course, some traffickers prefer to move their “cargo” through more luxurious means … and that’s where flight attendants come in. Since 2009, Airline Ambassadors International has been training flight attendants to look out for common signs of human trafficking, and their efforts quickly paid off. In 2011, a flight attendant on a flight to California noticed a disheveled teenage girl flying with a well-dressed older man and left a note in the bathroom for her to find. She did, and rescue swiftly followed. According to an ABC report …

… 86 children were freed from a sex ring in Boston after the trafficker and two crying victims were noticed on a flight.

Yep, kids crying on a plane saved the day. Forgive us as we reconsider everything we know about life.

Nathan Kamal lives in Oregon and writes. He co-founded Asymmetry Fiction for all your fiction needs. S.S.A is also on TopBuzz. Check him out here. Look out for more mind-blowing facts on Markos’ Twitter.

Support Cracked’s journalism with a visit to our Contribution Page. Please and thank you.