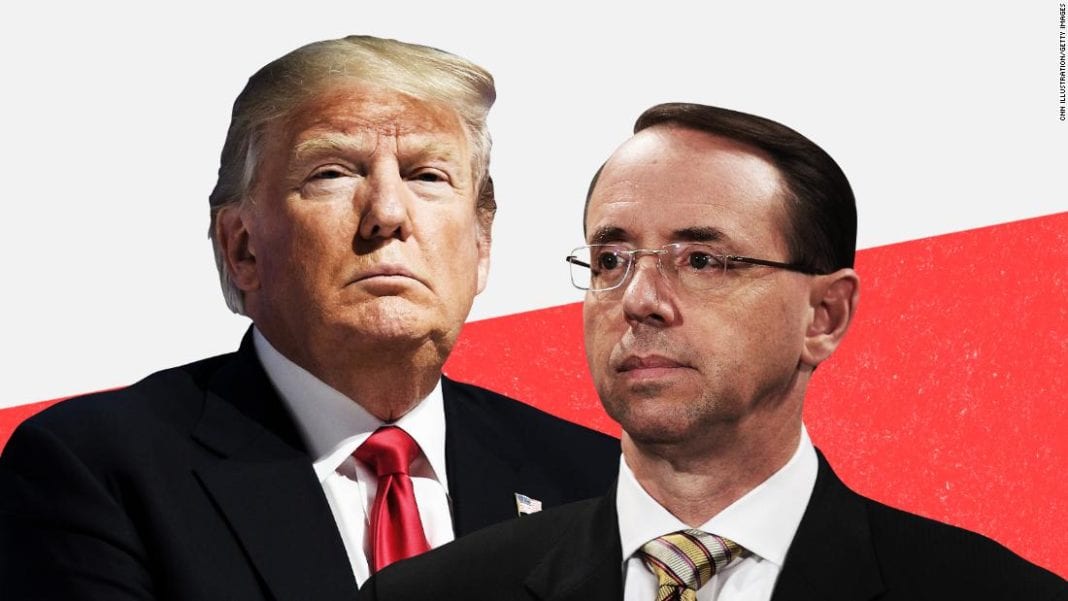 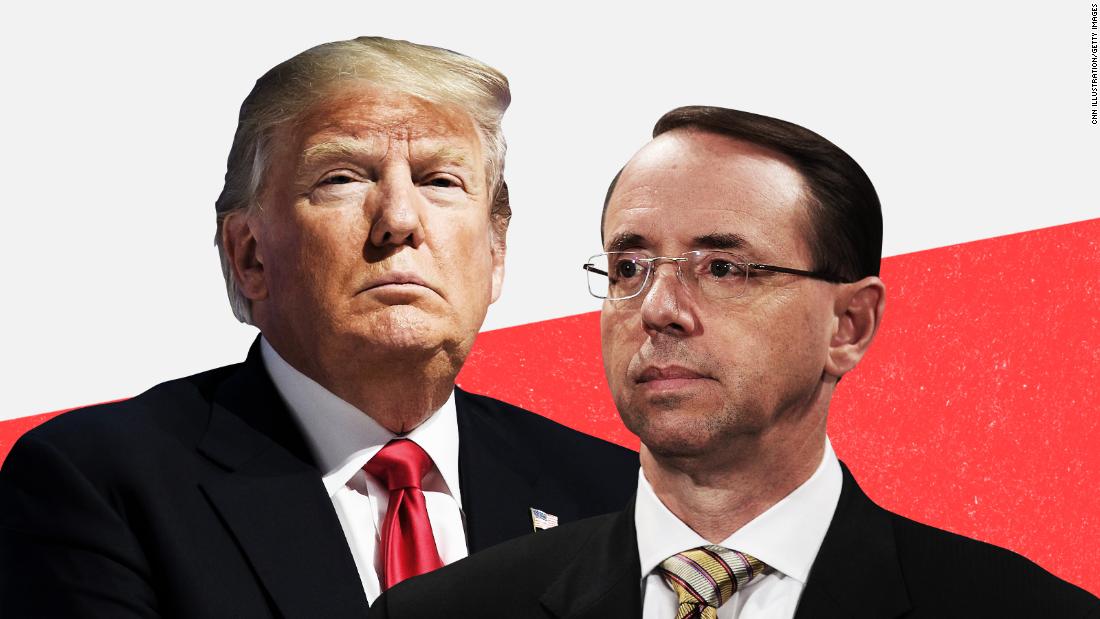 (CNN)Prince Harry and Meghan Markle have released their wedding invitation list. Are you on it? We (and the Trumps and the Obamas) aren’t either. Here’s what else you need to know to Get Up to Speed and Out the Door. (You can also get “5 Things You Need to Know Today” delivered to your inbox daily. Sign up here.)

President Donald Trump is considering firing Deputy Attorney General Rod Rosenstein, multiple people familiar with the discussions tell CNN, a move that has gained urgency following the raid of the office of the President’s personal lawyer. Such an action could potentially further Trump’s goal of trying to put greater limits on special counsel Robert Mueller.
This is one of several options — including going so far as to fire Attorney General Jeff Sessions — Trump is weighing in the aftermath of the FBI’s decision Monday to raid the office of Michael Cohen, the President’s personal lawyer and longtime confidant. Officials say if Trump acts, Rosenstein is his most likely target, but it’s unclear whether even such a dramatic firing like this would be enough to satisfy the President. 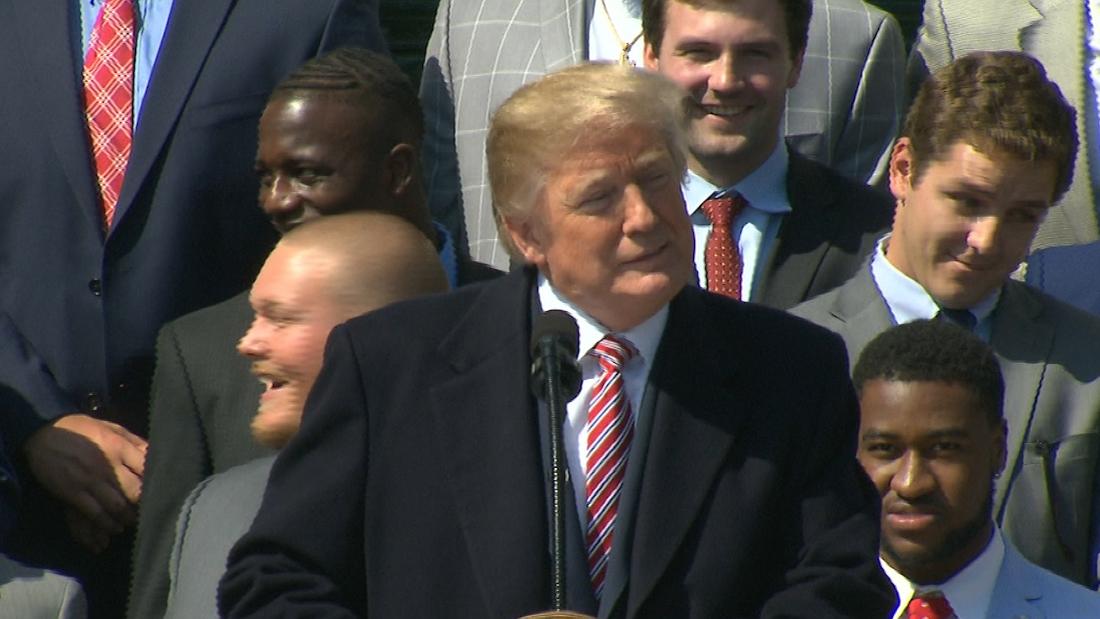 Amid the turmoil, Trump scrapped a trip to South America, set to begin Friday. The White House said he canceled it to “oversee the American response to Syria.” We expect a decision soon about how the US will respond to the chemical attack on civilians there. 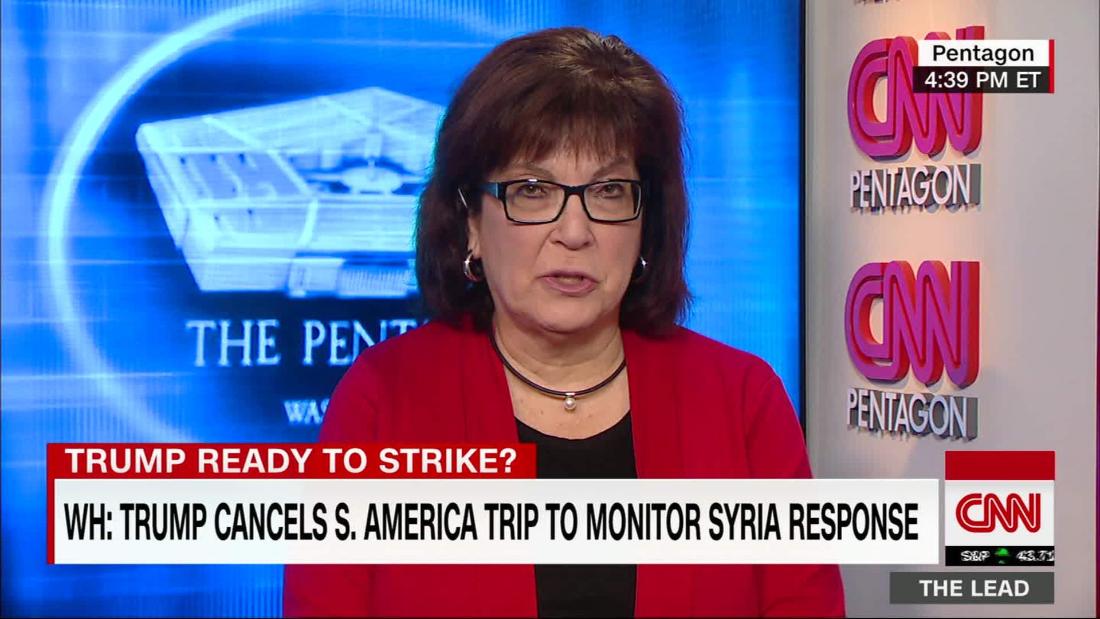 Mark Zuckerberg heads back to Capitol Hill today for another congressional grilling. He can only pray it goes as well as Day 1. The Facebook CEO left his five-hour session with a Senate committee largely unscathed, since most senators who questioned him seemed to not have a clue how Facebook works:
— Orrin Hatch asked Zuckerberg how Facebook makes money if it’s free. “Senator, we run ads,” Zuckerberg replied.
— John Kennedy said the social media platform’s user agreement “sucked,” then listed ways to improve data privacy that Zuckerberg said Facebook’s already doing.
— Then, Deb Fischer asked about “data categories.” Zuckerberg didn’t know what she meant by that, and we don’t either.
The senators’ cluelessness meant Zuckerberg skated by with an apology for the data-sharing scandal and a vague promise to do better. Left unanswered were questions about the extent of Facebook’s data monitoring and why it’s not more transparent about what happens to users’ data.
Zuckerberg did make some news, though, saying Facebook is cooperating with special counsel Robert Mueller’s investigation into 2016 election meddling. Investors liked Zuckerberg’s performance on the Hill so much that Facebook’s stock actually rose 4.5% by the end of the day. 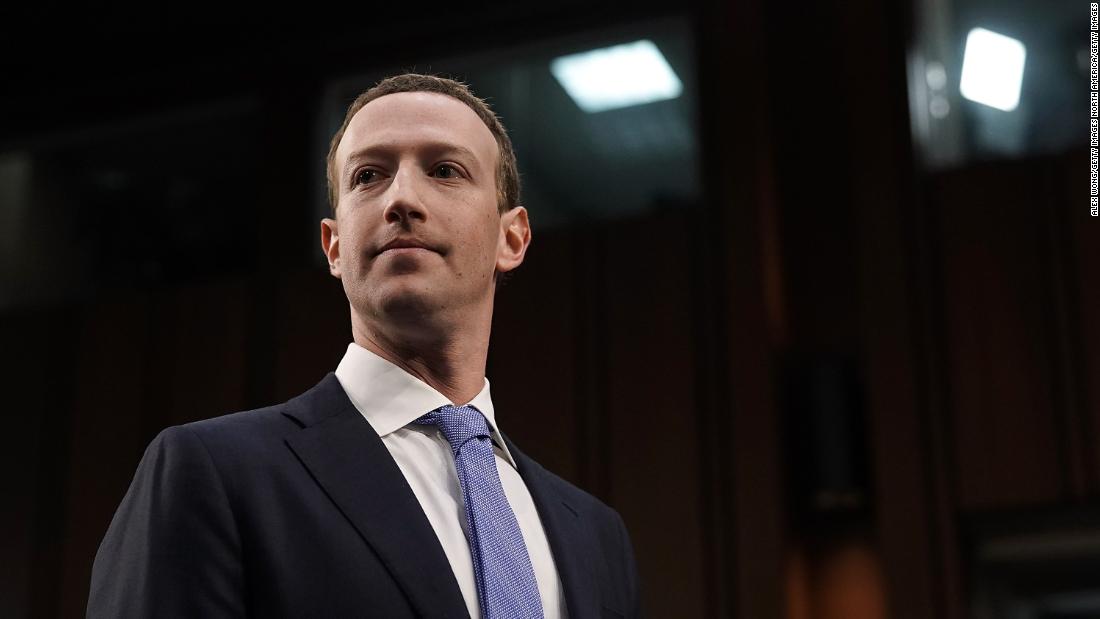 Is the trade war over before it even begins? That’s what some are hoping after Chinese President Xi Jinping said in a speech that China would “significantly lower” tariffs on imported cars. Xi made the move to further open the Chinese economy, but many hope it’ll spur President Trump, who’s threatened $150 billion in new tariffs on Chinese goods, to find some kind of compromise. Analysts cautioned that Xi’s comments really won’t end the conflict, but Wall Street was thrilled anyway, rising 429 points. 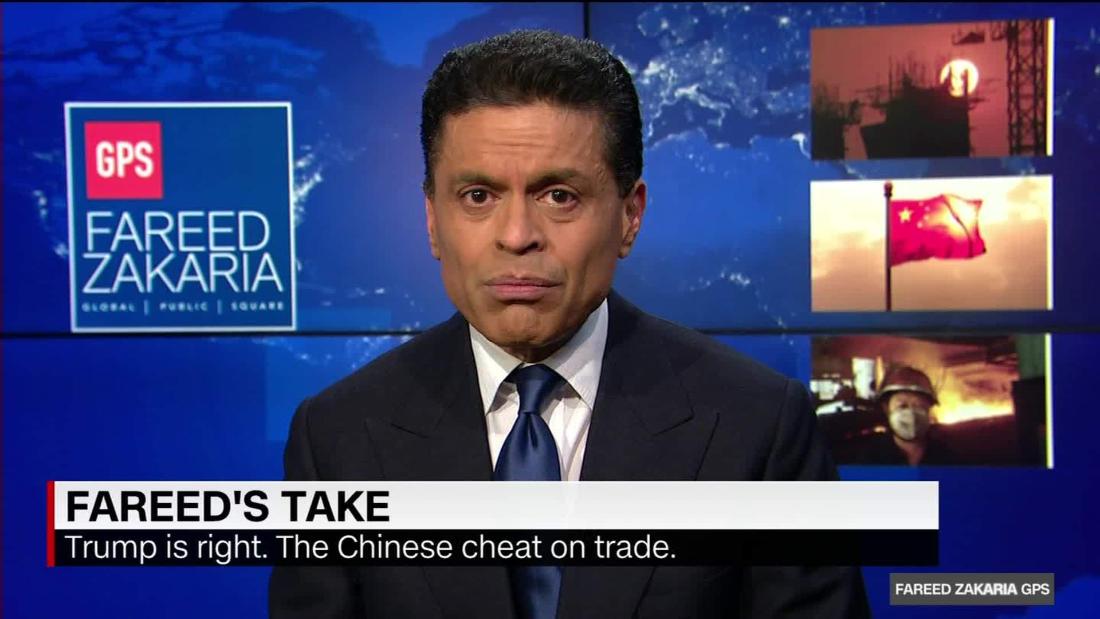 The Israeli military is being slammed after a video emerged of an Israeli sniper shooting a Palestinian man as other soldiers are heard cheering in the background. The video, which was filmed in December, comes at a difficult time: Israel’s facing intense international criticism for its response to unrest on the Israel-Gaza border. Palestinians and Israeli forces have clashed, with Israeli troops firing on some protesters. Nine people, including a Palestinian journalist, were killed late last week in the violence. 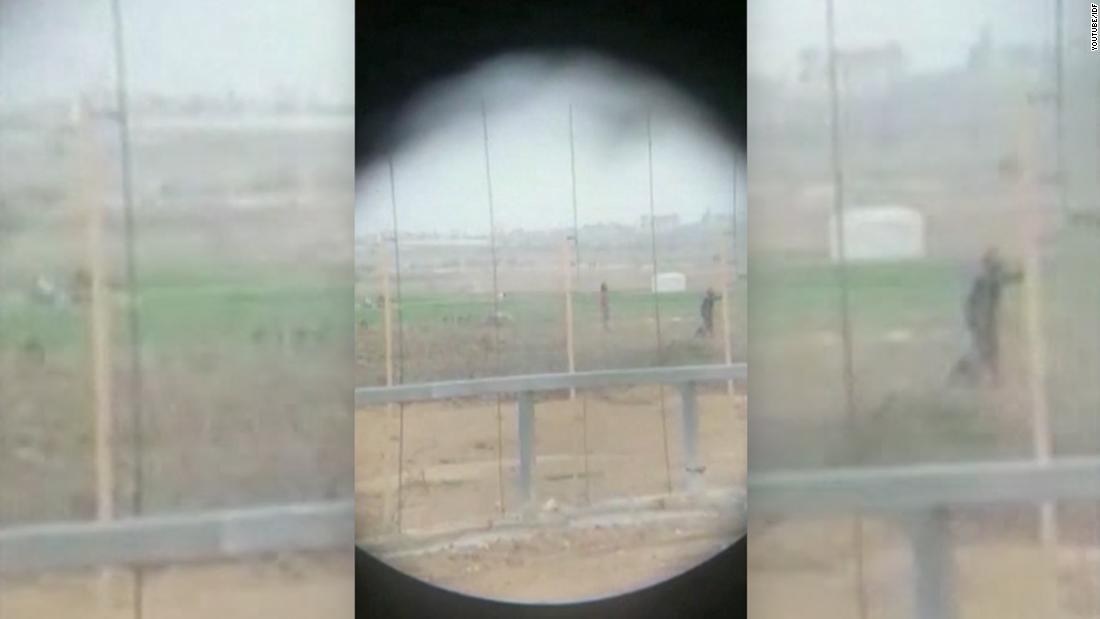 Snowfall at the bottom of the world has been increasing. Researchers analyzing ice cores on the continent say snowfall increased 10% over the past 200 years. But, wait a minute. Isn’t global warming melting Antarctic sea ice at a rapid clip? Yes, but researchers think that’s actually contributing to the higher snowfall rates because more melted sea ice means more moisture to feed snowfall. The bottom line is that the ice melt is raising the sea level, but it’s reduced somewhat by the snow falling back onto the continent. 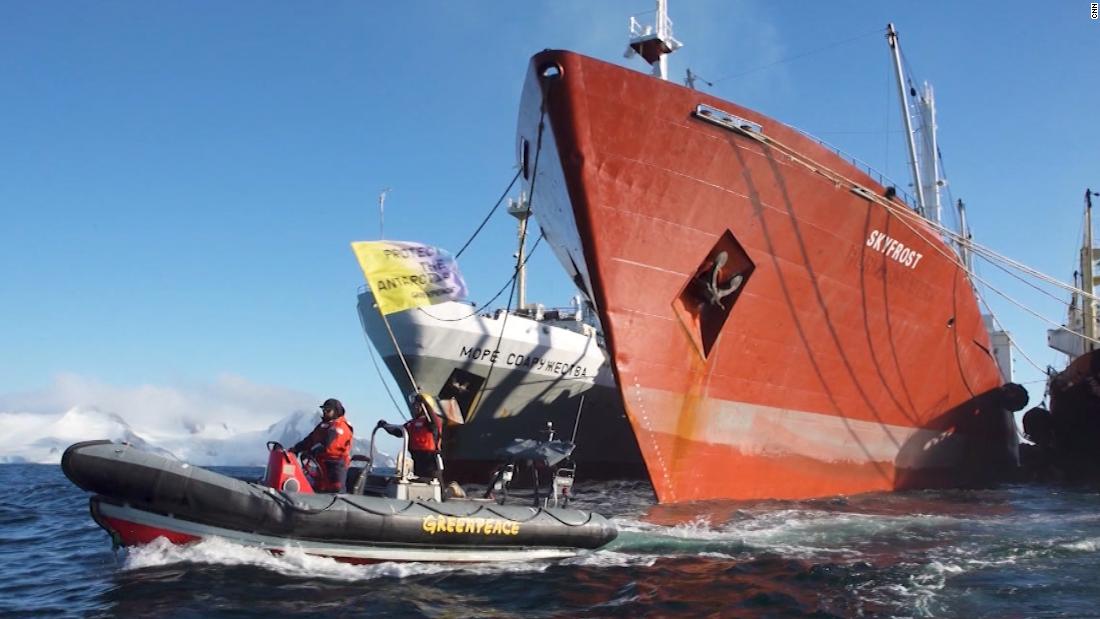 14%
That’s how much more you’ll be paying for gas this summer, according to a government estimate

The dirty dozen
Fruits and veggies are good for you — but dirty. And the dirtiest of all (once again) are strawberries. 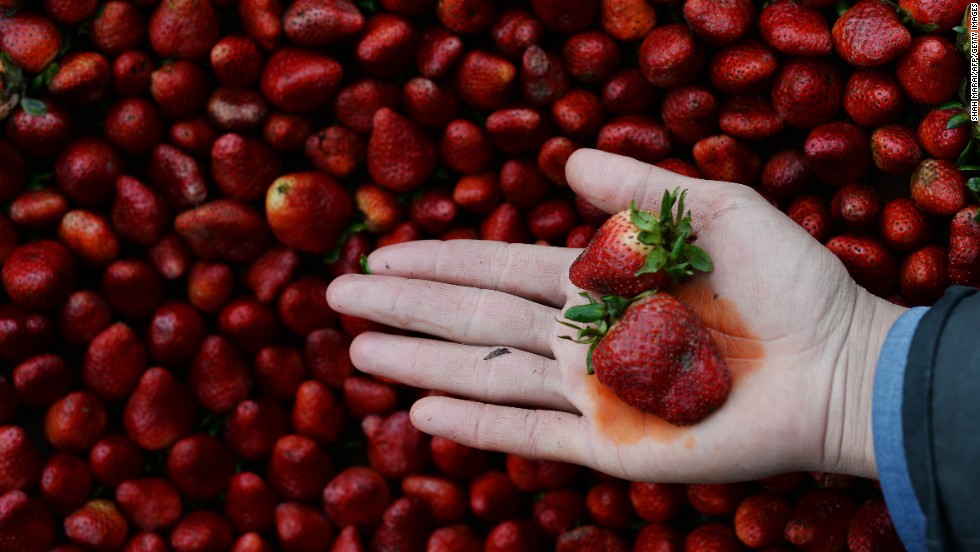 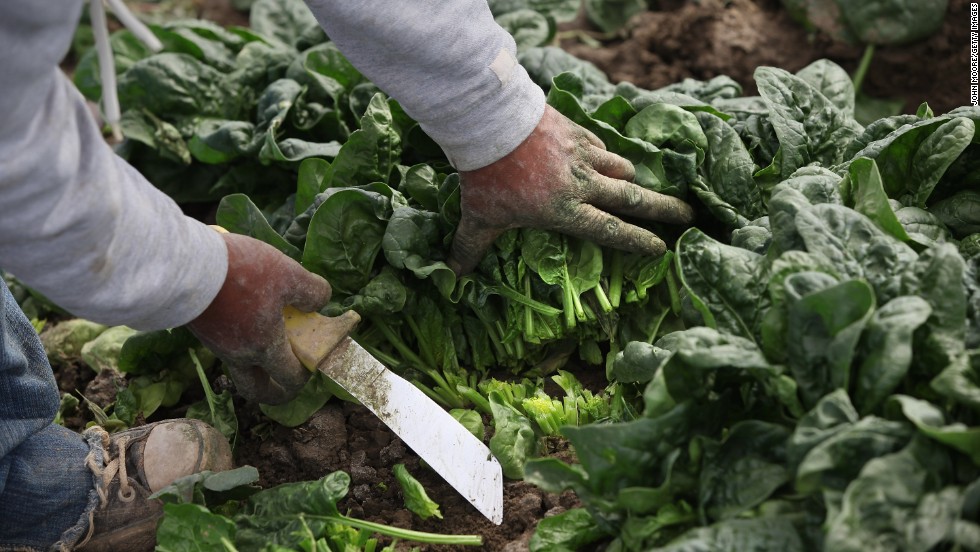 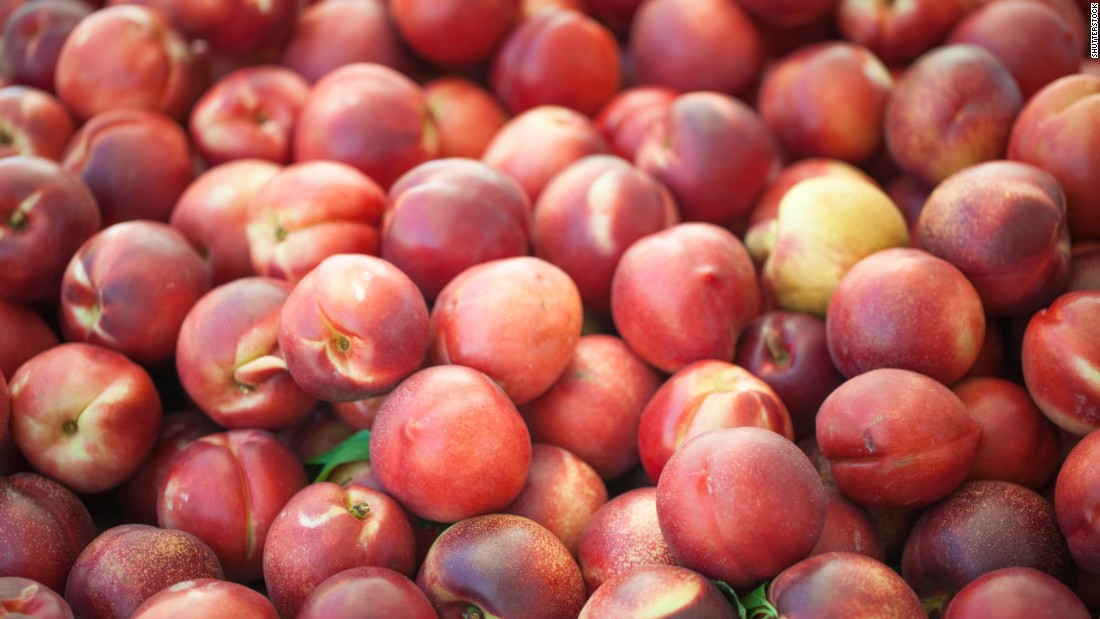 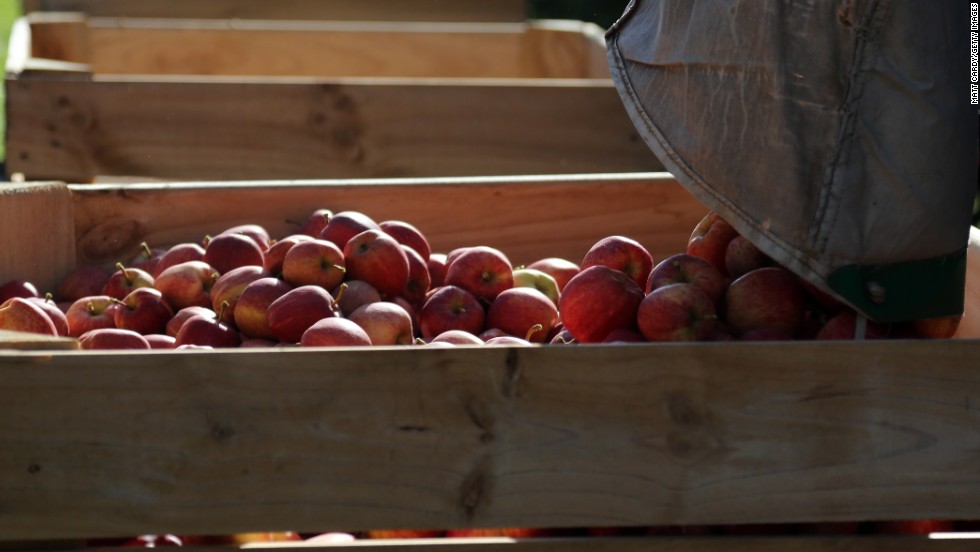 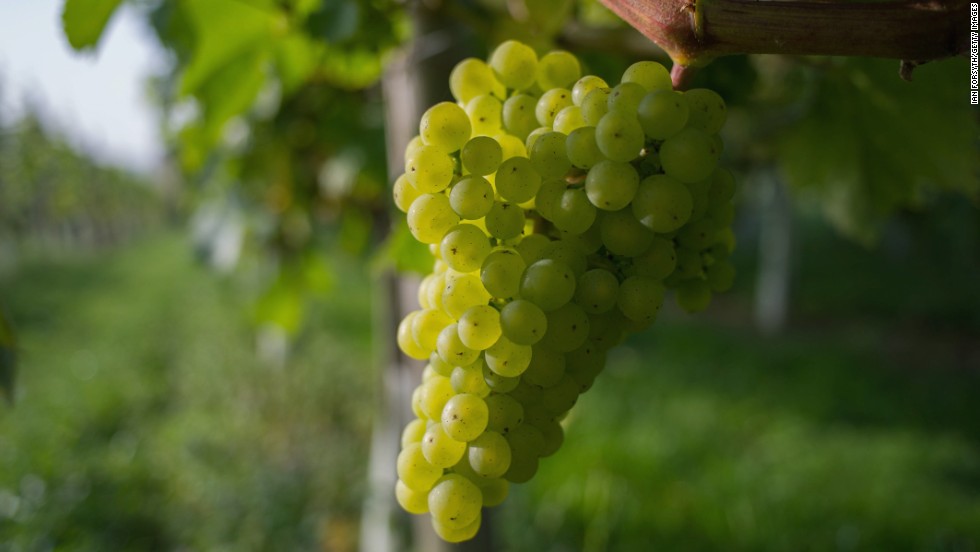 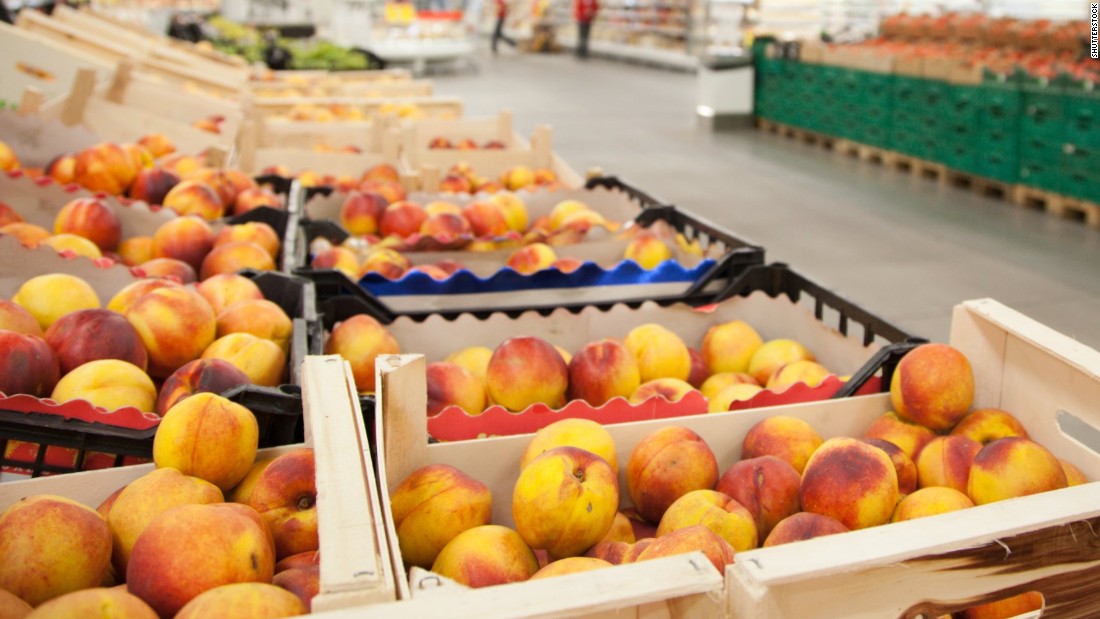 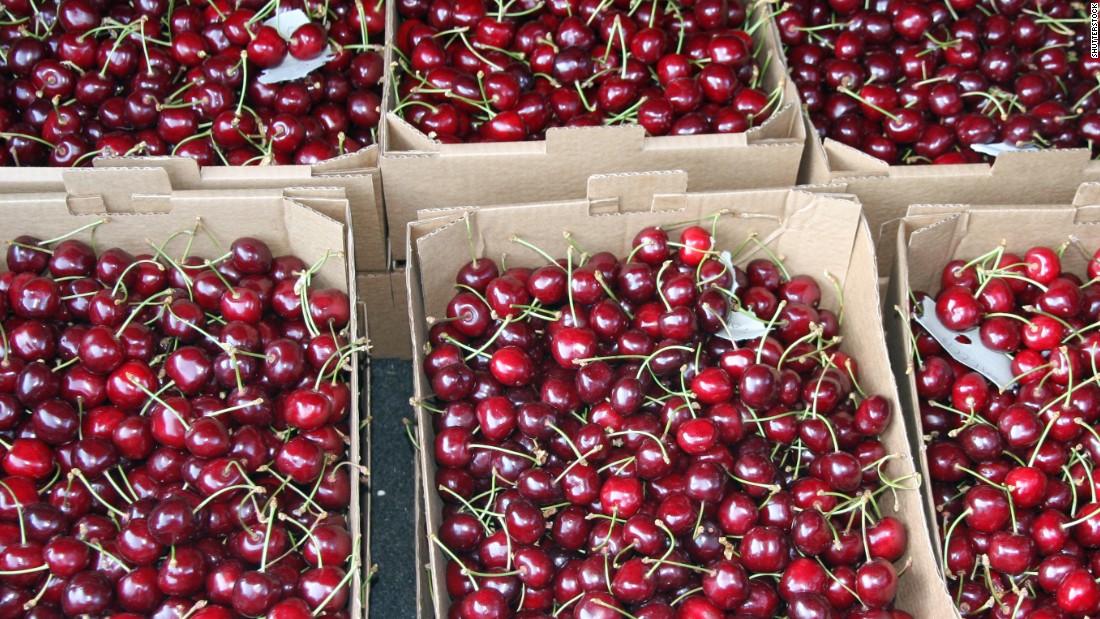 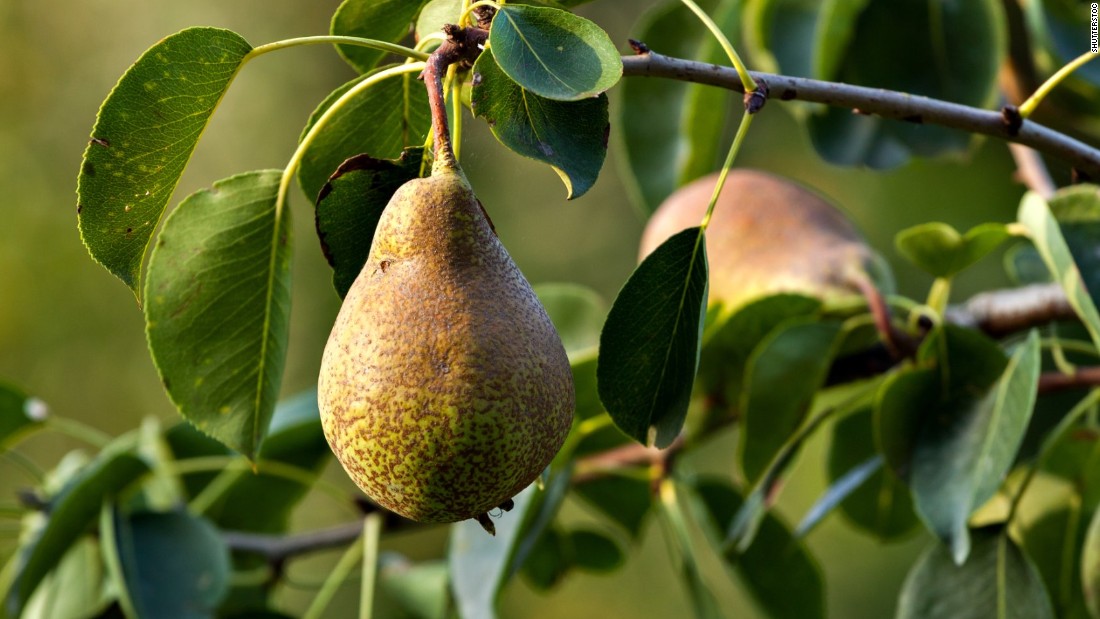 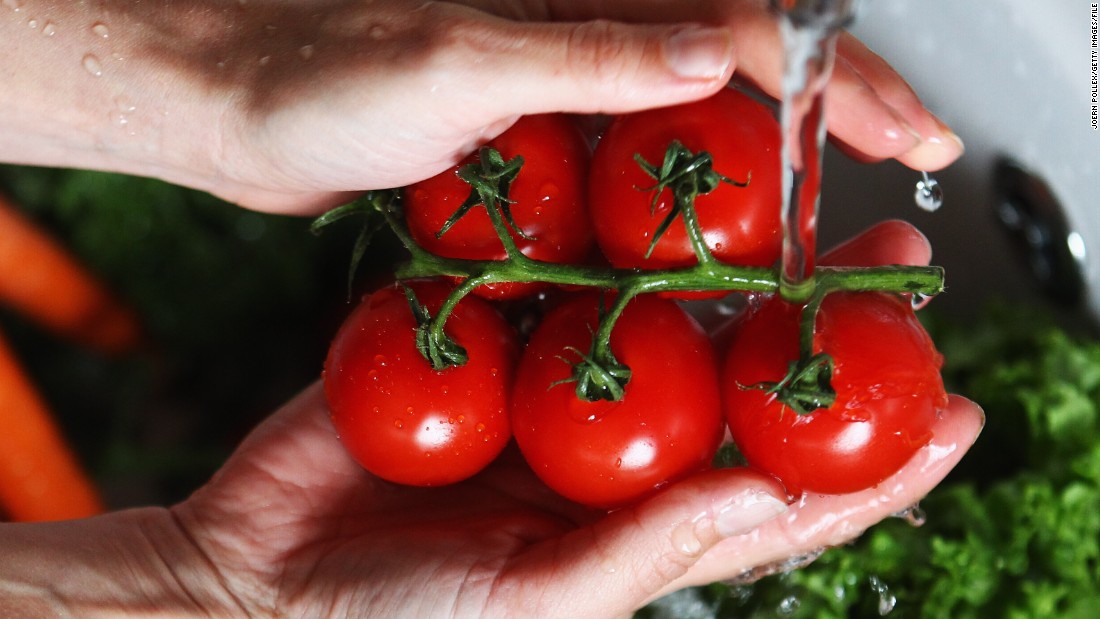 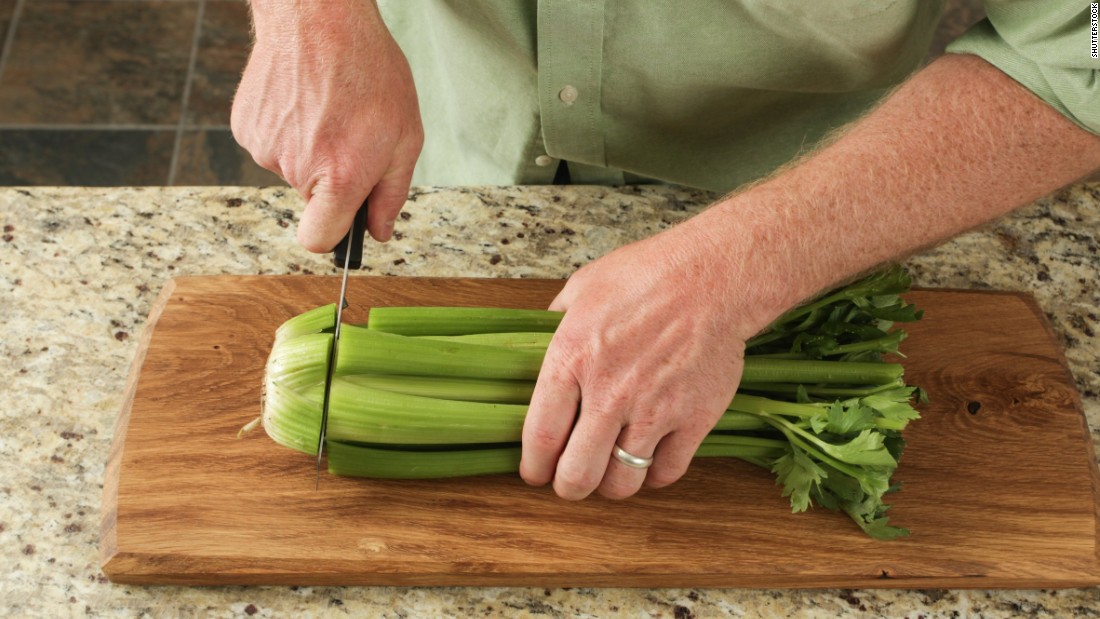 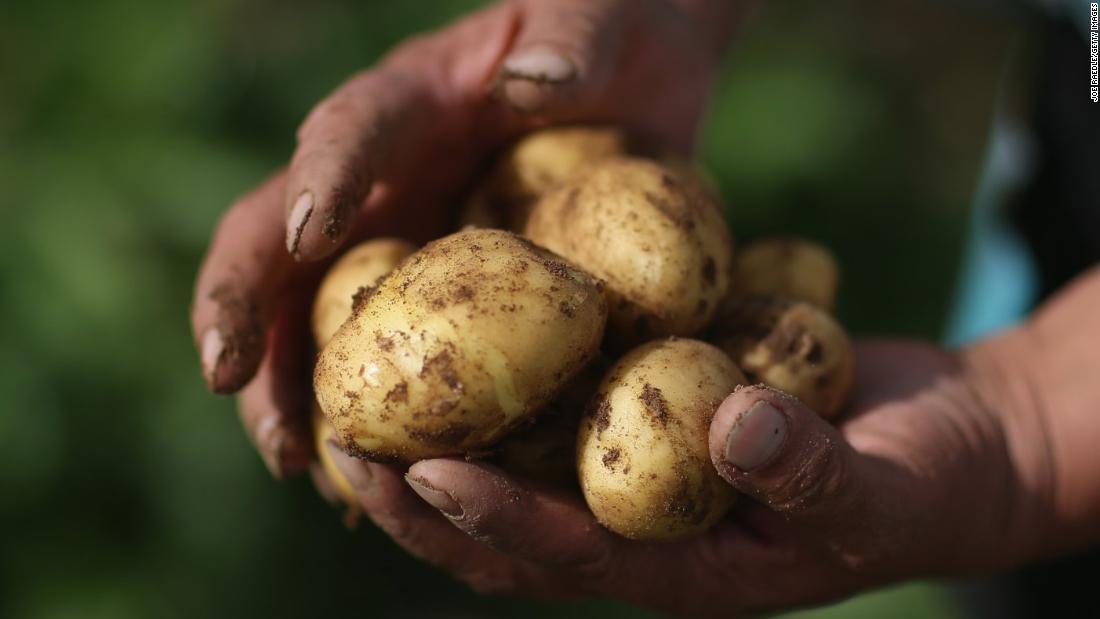 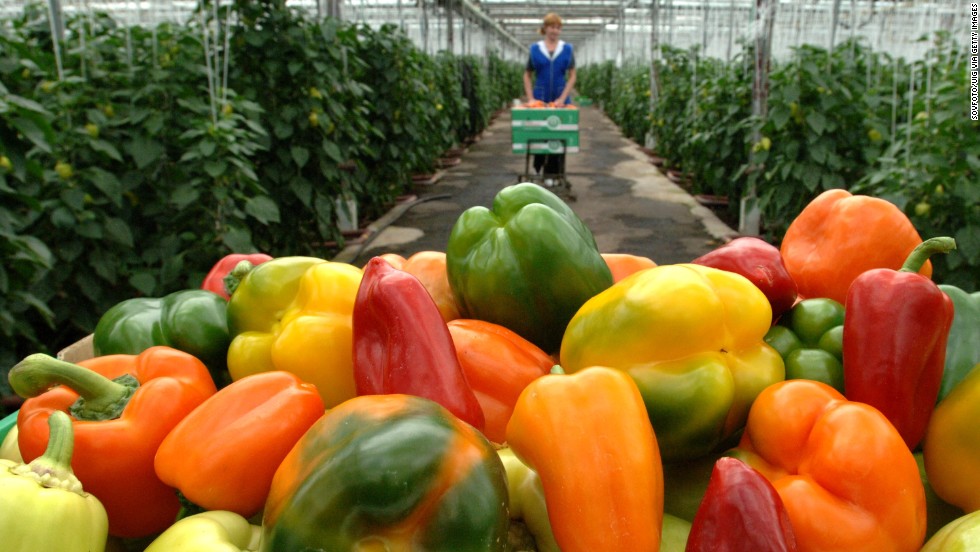 Going for gold
After being paralyzed from the chest down in the bus wreck, one of the surviving Humboldt players says he’s now aiming for Paralympic gold.
Bad call
Ex-“Silicon Valley” star T.J. Miller may not be riding Amtrak’s rails anytime soon, after police say he called in a fake bomb threat. 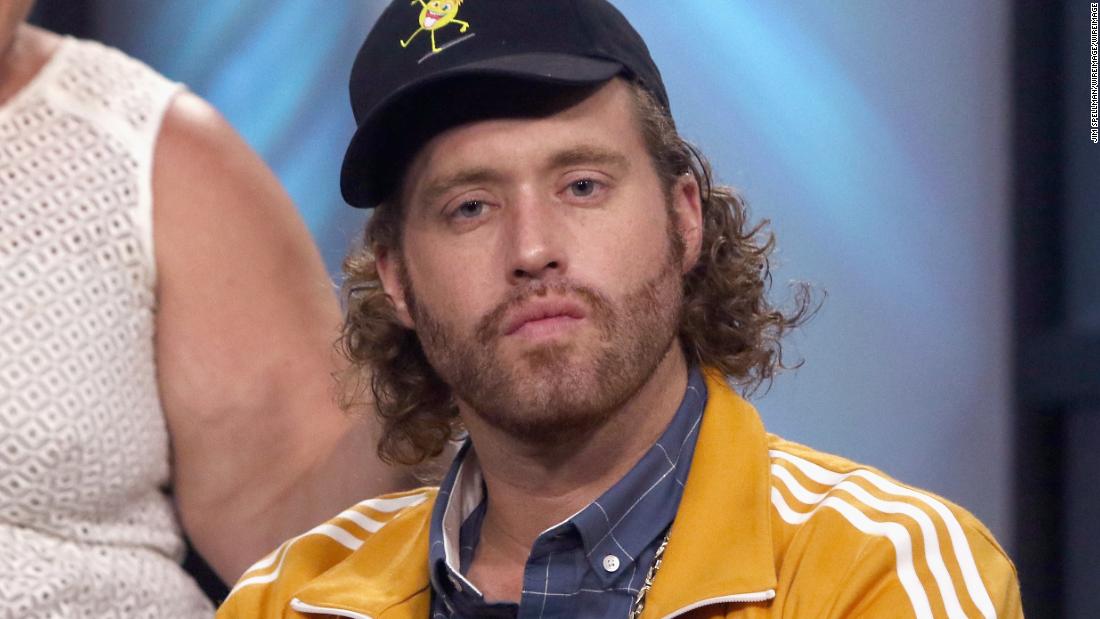 Spare the parts
Step inside the West African lab that created a 3D printer from toxic e-waste.

“It sounds like President Trump … or President Obama.”
Queen Elizabeth II, joking with naturalist David Attenborough after the whirring of a helicopter interrupted a documentary they were working on 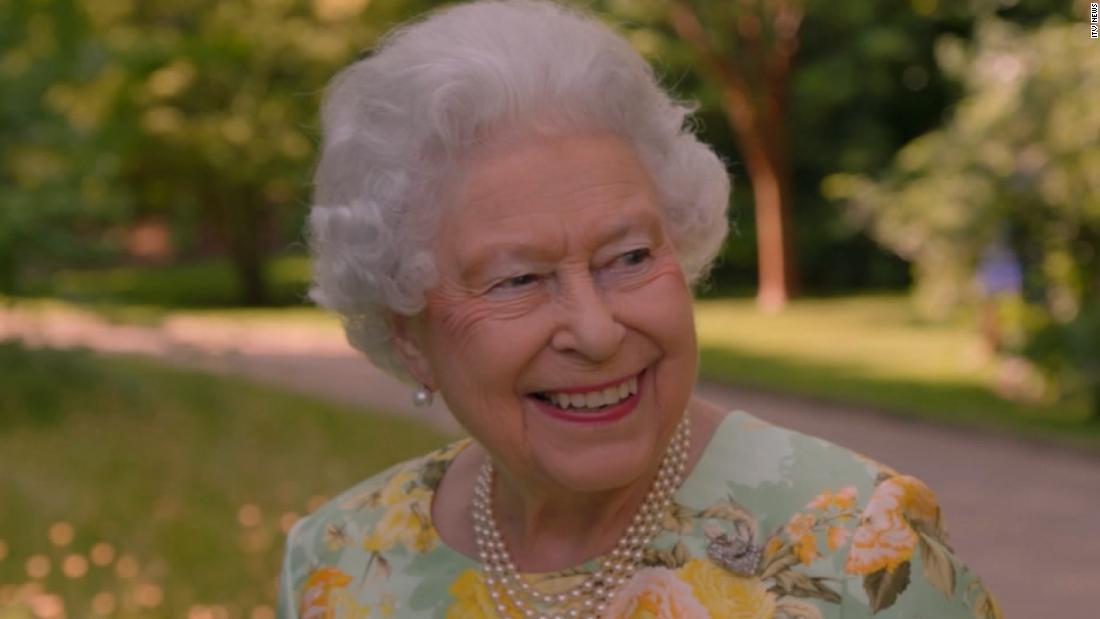 Queen jokes about Trump and Obama

Eat like a superhero
“Binging with Babish” is back, this time teaching us how to make shawarma, which Iron Man was craving at the end of “The Avengers.” (Click to view.)

‘Don’t do this’: Is Twitter making a ‘HUGE mistake’ in the fake news fight?