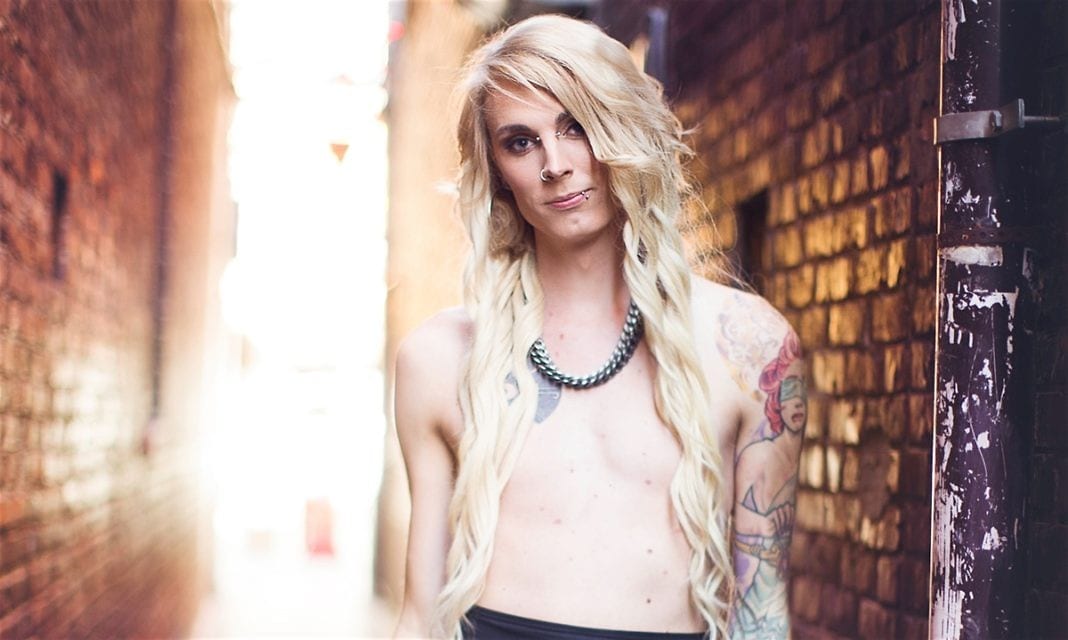 Facebook and Instagram like to be thought of as progressive. But when it comes to nudity policies, a campaign started by a trans woman is finding confusion and prejudice remain 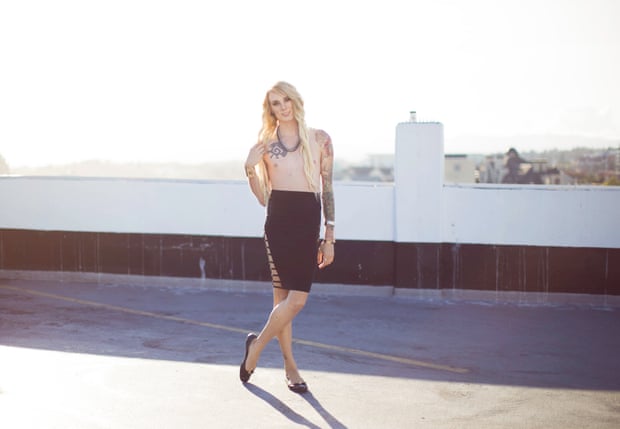 Nipples. Were all born with them, but only half of the population can show them off on a warm summers day without people tutting, objecting, being offended or outraged. Male nipples, its OK for the world to see. Female nipples, not so.

The same is true online in social media circles. The social network Facebook and picture-sharing service Instagram, which it owns, have a community-standards policy on nudity which permits male nipples but not female ones. It states: We remove photographs of people displaying genitals we also restrict some images of female breasts if they include the nipple.

Now that prejudice is being challenged.

Courtney Demone, a transgender woman who lives in Victoria, Canada, has started a campaign called #DoIHaveBoobsNow?

She poses that question Do I have boobs now? by uploading topless photographs as she transitions. Shes waiting for Facebook and Instagram to answer by removing her pictures because they fall foul of the sites nudity rules.

Demone hopes the experiment will both help challenge the western sexualisation of female bodies and highlight how social networks categorise trans and non-binary people.

The 24-year-old, who works in design and marketing for a web app company, explained her thinking behind the campaign in an article in Mashable. People treat you much differently when they see you as a trans woman, she said. I already have a long list of privileges lost in transition.

Being unable to go comfortably topless in public may not seem important, Demone says, but, speaking to the Guardian, she says: Its a clear example of the sexism that comes with living in a female body.

So at what point in my breast development do I need to start covering my nipples? I already feel shameful about them being visible, but at what point does society say its unacceptable for them to be out?

Paris Lees, a journalist and activist who is a trans woman, also questions what makes womens nipples so offensive: Is it the presence of breast tissue beneath? And if so, how much?

Lees says a similar issue was raised in 2011 when the two booksellers Barnes & Noble and Borders said they would only stock an issue of Dossier magazine if it came in opaque bagging. Andreja Pejic, a transgender model, was on its cover, gloriously bare chested.

She hadnt transitioned at that point so, to the outside world, she was a boy. A very feminine-looking boy, Lees says. Feminine enough for her nipples to be considered taboo. On a flat chest.

Demones campaign is an extension of the #FreeTheNipple movement, which aims to challenge society and social medias censorship of womens bodies and to desexualise the portrayal of female nipples in western culture.

The #FreeTheNipple campaign, started by actor and producer Lina Esco, has resulted in topless marches and rallies in global cities, and a feature film. In many places, being a woman topless in public is not illegal (including in the movements home of New York). Public figures who have lent support include: Cara Delevingne, Naomi Campbell, Rihanna, Miley Cyrus and Rumer Willis.

There are a few exceptions in the companies nudity policy: We always allow photos of women actively engaged in breastfeeding or showing breasts with post-mastectomy scarring, it states. It also allows photographs of paintings, sculptures and other art that depicts nude figures. But it is otherwise conservative, in contrast to the companies ostensibly progressive stance on trans rights.

Facebook was widely lauded in 2014 when it replaced a binary-gender choice (of male or female) with a drop-down list of multiple options and then by allowing users to input a custom gender of their own choosing in a free-form field.

But as trans activists point out, this progressive policy is at odds with the nudity policy of sorting users into either male or female according to the appearance of their bare nipples.

Demone says that Facebook likes to present itself as a liberal and progressive organisation, but that most of its actions in this regard are decidedly low-risk. She mentions Facebooks introduction of a widget allowing users to overlay their profile pictures with a rainbow flag and notes that it was to celebrate a gay marriage law which had been passed by the US supreme court not before, in support of it.

Demone says that allowing users to define their gender in a free-form field, and offering a choice of pronouns, is progressive, but it is decidedly lower risk rather than, say, challenging the paradigm that female nipples should be covered up. This, of course, would run the risk of offending advertisers and in the case of Instagram, result in a 17+ user rating in app stores.

Showing images that some people could consider pornographic comes with high gains, but it also runs high risks, like potentially losing advertising funding, potentially being given an older user rating (though this is debatable), and losing users who are concerned theyd be exposing themselves and their children to pornography, Demone says.

While the censorship of womens breasts in western culture did not begin with Facebook and Instagram, the #FreeTheNipple and #DoIHaveBoobsNow campaigns argue social media companies should use their power and influence to instigate change.

Ivy-Quinn Cullen, 28, is taking part in the #DoIHaveBoobsNow? campaign after being inspired by Demone. Cullen says they dont know what gender they are just trans or gender outlaw but mostly goes by they/them/their pronouns. They use the gender-neutral prefix Mx and are an assistant manager at a cinema as well as studying mixology.

At what point in our breast development will Facebook and Instagram decide for us that we have breasts? When will they tell us our bodies are shameful and not OK? What gives them the right to do so?

Facebook allows us to input what gender we are, yet they go ahead and assign us a binary gender, anyway, based on our chests. Its total nonsense and contradictory, not to mention trans-misogynistic. Its absolute discrimination. For example, when they decide that Ive developed breasts, theyll say I have female nipples, but I wont. Ill just have nipples, just like Ive always had.

First, after a call, its a few more hours until an email. Then a few more hours. Then a day. Eventually, they send a statement: We appreciate this [transitioning] is an important personal journey and we do our best to help people express themselves on Facebook and Instagram.

We recognise individuals based on their self-identified gender on Facebook and Instagram, and our community standards are applied on this basis.

This is at odds with Demones and others experiences. Her pictures, and photographs of other trans women who have self-identified as trans women and use the pronoun she, but who still present with flat chests were not being censored.

And then they were.

Shortly after my conversations with Facebook and Instagram, Demone saw all the photographs on Instagram of her flat chested but where she is presenting as female deleted. One close-up photograph of just Demones nipple remains on Instagram.

However, after this, Demone contacts me to send across a screen grab. Someone has reported a topless photograph of her for breaching Facebooks nudity policy. But despite the fact Demones specified gender on the network is female, and she is a trans woman, her picture has been allowed to remain. This is in clear contradiction to the policy Facebook and Instagrams spokesperson explained to me. Again:

We recognise individuals based on their self-identified gender on Facebook and Instagram, and our community standards are applied on this basis.

The next step for the #DoIHaveBoobsNow? campaign may be to see how Facebook and Instagram react to the breasts and nipples of a trans man as he transitions, where the initial picture will look female. As yet, thats not been tested. And for the social networks choosing not to censor there would be significantly higher risk. Demone says she will continue her campaign.

From bullied child to transgender woman: my coming of age

Taking the self out of selfie – most pictures not about vanity, says study

The Rules of Regramming