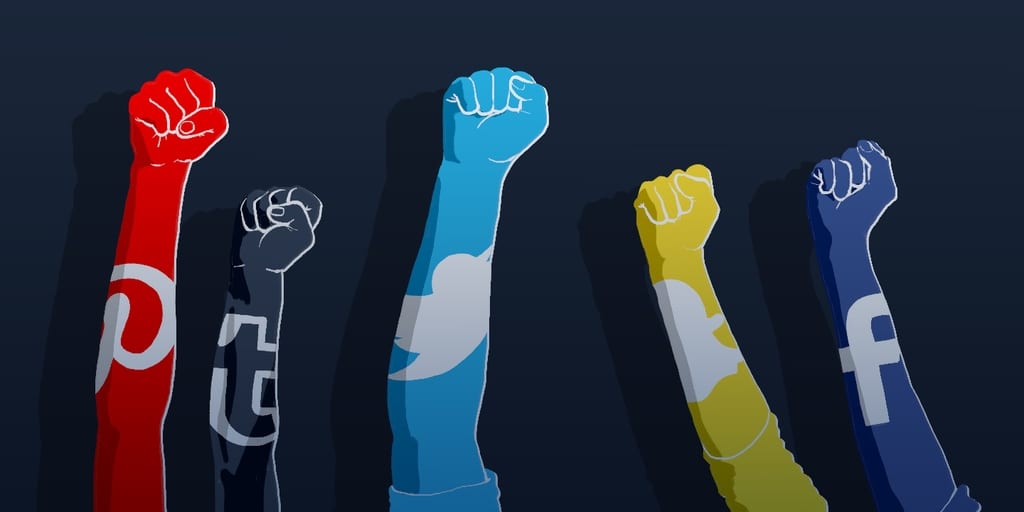 Its hard to follow the recent flurry of college protests without being reminded of President Harry S. Truman, who famously said,There is nothing new in the world except the history you do not know.

As the media continues to fete attention on high-profile student demonstrations at Yale, Wesleyan, Princeton, and the University of Missouri, one could be forgiven for thinking there is something novel about the state of American universities today.

While this assumption isnt entirely wrong, its important to identify what exactly has changed and why. As history shows, and my personal experiences confirm, college campuses have always been hotbeds for radical student activism. The difference today is that, because so many students use social media to gather news and shape their political philosophies, collegiate conflagrations that would have died out on their own in the past can instead blaze on indefinitely and spread more widely thanks to the Internet.

To illustrate my point, a brief look at my own past as an undergraduate at Bard College (which I attended from 2003 until 2006, when I graduated after completing my coursework in three years) can be particularly instructive.

The year was 2004. George W. Bush had just been re-elected and I, like the dozens of other Bard students who had campaigned for Democrat John Kerry, was devastated. Because early exit polls had predicted a Kerry victory but the candidate himself had already conceded defeat, many of us decided that a march on the local town of Red Hook, New York, would tell the world that our voices would be heard. I wrote about the protest for the Bard Observer, the main campus newspaper, roughly two weeks later:

s the incendiary rhetoric and actions of the radical students became more prominent, the more reasoned individuals myself included began to disassociate ourselves from the main proceedings. By the time the sit-in had started in the town of Red Hook, the initial group of 250 protesters had dwindled to what locals approximate was a band of three or four dozen highly determined activists, who found themselves sitting in the primary intersection of Red Hook.

Inevitably, the police were called out to handle the demonstration, and what followed was a seemingly endless dialogue between the protest leaders and law enforcement officials. Although the students were eventually persuaded to end the traffic jam they had started, several of them began tossing pebbles and other small objects at the officers as they walked back to campus. Arrests swiftly followed, leaving the bulk of the student body in an uproar.

Because the prevailing impression among students who hadnt participated was that the cops had arbitrarily gone bezerk, and I had personally witnessed the students provoking the cops, I felt compelled to use my column in the Bard Observer to offer a counterpoint to the consensus story. Unfortunately, after showing the draft of my op-ed to one of the protest leaders, the editorial was leaked throughout the campus. Matthew Rosza is trying to print an editorial about what happened on weds, one widely circulated email declared, please feel free to write to him what you think of the article in order to help his poor disillusioned soul!

What followed were two of the most intensely unpleasant weeks of my life.

As a professor with 20 years of experience, I can assure you that college students have been saying stupid things since the invention of college students. The difference today is that because of social media, it is easy for college students to have their opinions go viral when that was not the original intent.

As I went about my day-to-day business on the campus, I was frequently berated by total strangersas well as more than a handful of casual acquaintanceswho would accuse me of everything from fascism to plain old conservatism. In one bizarre twist, some even declared they were going to boycott menot the Observer, mind you, which would have at least made sense, but me as a human beinga nomenclature faux pas that baffles me to this day (to be fair, I was guilty of a rhetorical imprecision of my own, referring to the Red Hook altercation as a riot in my article). The good news, though, is that as time wore on the students interest in this particular kerfuffle faded away. By the time I was telling this story to my extended family on Thanksgiving, I was already referring to it in the past tense.

If these same events had occurred today, I suspect the outcome would have been very different.

“What is unique about these issues is how social media has changed the way protests take place on college campuses,”explained Tyrone Howard, associate dean of equity, diversity and inclusion at UCLA, in an interview with the Los Angeles Times.“A protest goes viral in notime flat. With Instagram and Twitter, you’re in an immediate news cycle. This was not how it was 20 or 30 years ago.”

Professor Daniel W. Drezner of Tufts University made a similar point in a recent editorial for the Washington Post, remarking that as a professor with 20 years of experience, I can assure you that college students have been saying stupid things since the invention of college students. The difference today is that because of social media, it is easy for college students to have their opinions go viral when that was not the original intent.

Certainly there is no arguing that social media has transformed how millennials perceive and participate in our political process. As a survey by the Pew Research Center discovered in June, when it comes to where younger Americans get news about politics and government, social media look to be the local TV of the millennial generation, with 61 percent reporting getting their political news from Facebook in a given week. A separate survey also taken this year by the American Press Institute yielded similar results, finding that 57 percent of millennials get news from Facebook at least once a day, with others mentioning social media (or potential social media) sites like YouTube (29 percent), Instagram (26 percent), Twitter (13 percent), Pinterest (10 percent), Reddit (8 percent), and Tumblr (7 percent).

Because so many young people are engaging with politics through social media, the medium itself has shaped how they respond to current events. Social media favors the bitty over the meaty, the cutting over the considered, observed Nicholas Carr in a Politico article about the popularity of fringe presidential candidacies on social media platforms. It also prizes emotionalism over reason. The more visceral the message, the more quickly it circulates and the longer it holds the darting public eye.

In many ways, this creates a perfect storm of conditions for student protests to be blown out of proportion by both participants and third parties alike. The students provide the first ingredient by using social media to express and/or mobilize a demonstration regarding an intensely emotional position (legitimate or otherwise) that they hold on a touchstone political or social issue. If their rhetoric and/or protest activities are sensational enough to go viral, the media catches on and begins feverishly reporting it, with the subsequent heightened attention exacerbating the pre-existing histrionic climate and further fueling the cycle.While social media was already beginning to take off during my undergraduate days in the mid-2000s, it was nowhere near as pervasive as it is today, and in terms of my personal experience that may have made all the difference. Had the same events occurred 11 years later, it is hard to imagine that either the Red Hook protest or the subsequent backlash against me would have been mere footnotes in the national news.

Certainly the fact that Bard College has consistently been ranked as one of the most left-wing schools in America (then and now) would have featured prominently in the news coverage, along with the fact that I was an active member of the campus Democratic Club and could by no means be considered conservative. The odds are also strong that, as weve seen with high profile student protests today, each side would have seen its mistakes mercilessly nitpicked by critics: Cellphone videos taken of the protests would have been analyzed to confirm or contradict both our versions of events, our rhetorical excesses would have been dutifully chronicled, and the emotions that might have otherwise subsided over a couple weeks would have instead intensified and metastasized. For all I know, they would have ultimately defined my entire college experienceor brought it to a premature close.

The point here is not that student protests should be discouraged or condemned. Many important issues have been brought to the fore of our national debate because of these activities, from the anti-Vietnam War and pro-civil rights movements that swept campuses in the 1960s to the concerns about on racial and gender inequality that motivate students today. Although my personal experience has taught me to be critical of student protesters when they attempt to punish or silence dissenting views, Im grateful to have had the opportunity to play a rolehowever smallin the vibrant political debate that is the lifeblood of American democracy.

That said, as social media continues to transform our world, it is important that we make sure not to unwittingly amplify words and deeds that could conceivably cool off on their own. In the end, this type of excess means that we have allowed our technological tools to manipulate us instead of the other way aroundand when that happens, everyone loses.

Matt Rozsa is a Ph.D. student in history at Lehigh University and a political columnist. His editorials have been published on Salon, the Good Men Project, Mic, MSNBC and various college newspapers and blogs.