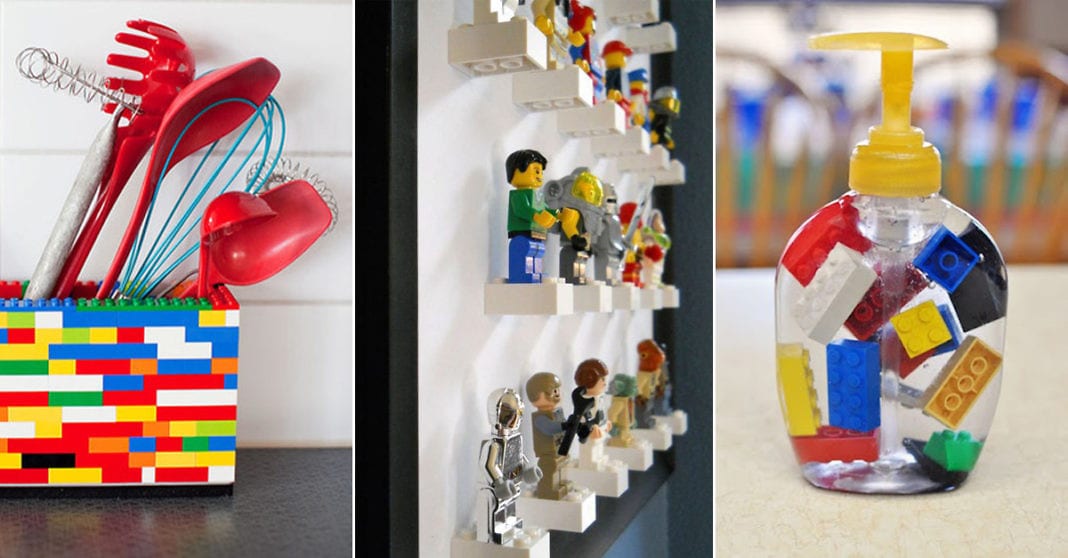 For the last several decades, LEGO has been a standard toy staple found in pretty much every home that has kids (or nostalgic adults) in it. They were first created by a Danish carpenter named Ole Kirk Christiansen in 1934; since then, over 400 billion of the familiar plastic bricks have been made.

Aaaand I’m pretty sure most of them are in my carpet, judging by how often I step on one.

Rather than risk unleashing the stream of obscenities (and intense pain in the arch of your foot) caused by errant LEGOs lying around, put the loose blocks to good use with one of these cool, practical projects! Hey, I bet your kids would even help; they love doing anything that involves building with their favorite bitty bricks (as long as they don’t have to put them away, because we all know that ain’t happening). 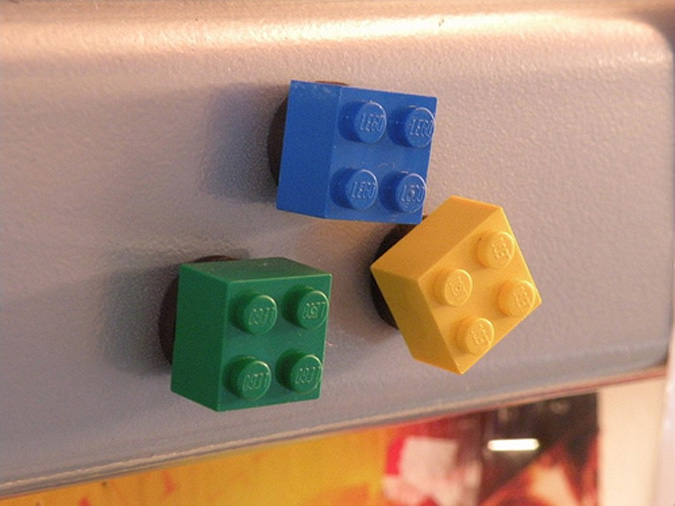 via: House of Hepworths

All it takes are some plain magnets and a hot glue gun to turn the toys into fridge magnets.

If you’re not a fan of decorating in primary colors, just spray paint the blocks first. You could also turn minifigures or small LEGO creations, like little planes or lady bugs, into magnets the same way. 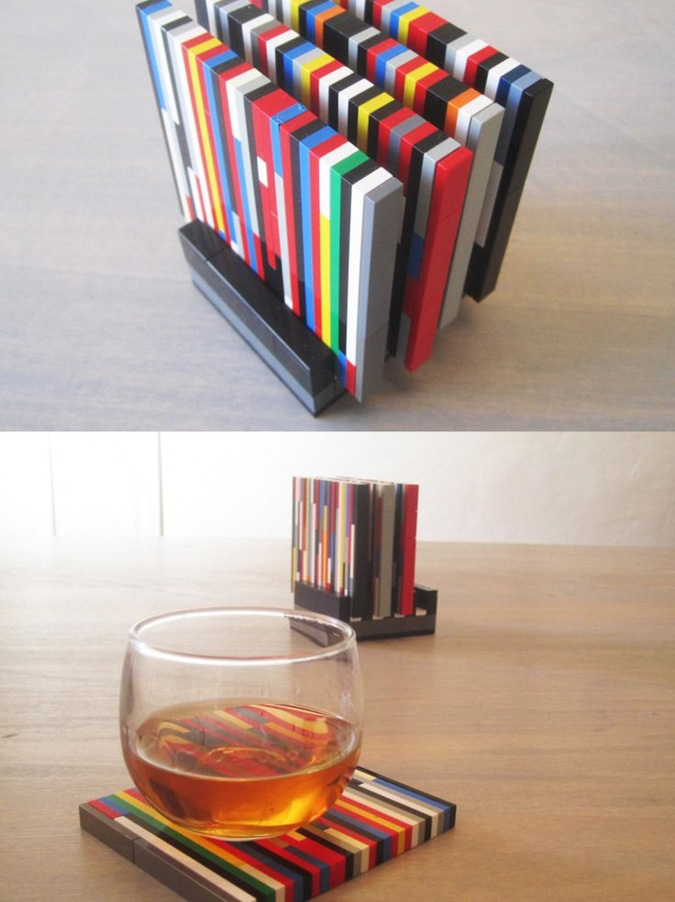 Face it, those flat pieces are nearly impossible to get apart anyway. You might as well go with it!

This set even includes a handy coaster caddy, making it both functional and organized! 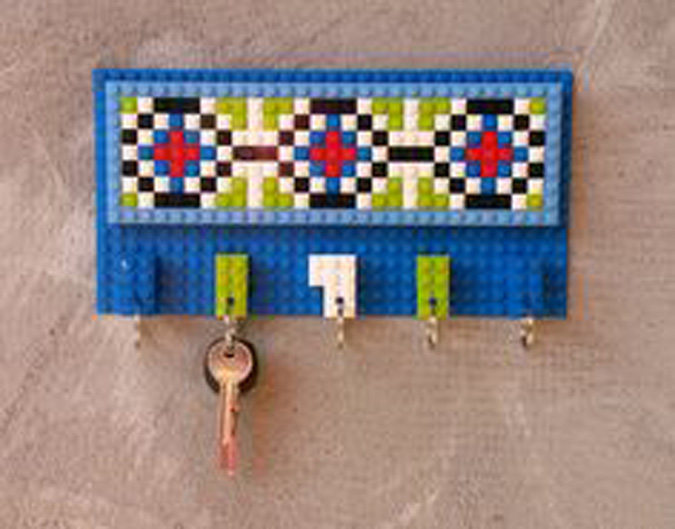 Speaking of organized, when was the last time you lost your keys? It only has to happen once before you start wishing you had a sweet key keeper like this by your door.

Just drill a hole in a flat block so it can loop onto your keychain, then stick it to the decorative plate when you get home! 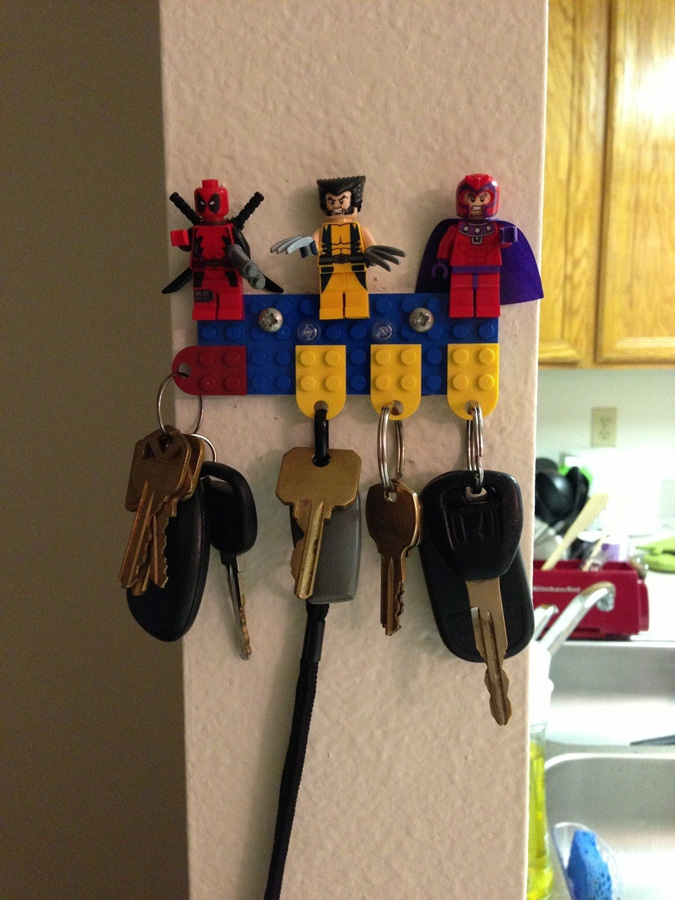 Here’s another option that’s a little bit simpler; bonus points for having a couple of minifigures ready to grab on your way out the door to keep the kiddos occupied.

Note, this probably isn’t the best solution for those of us whose keys weigh 400 pounds because we have all kinds of grocery cards and trinkets and garage keys from three houses ago jammed on there.

For that, I need something more like a LEGO wheelbarrow. 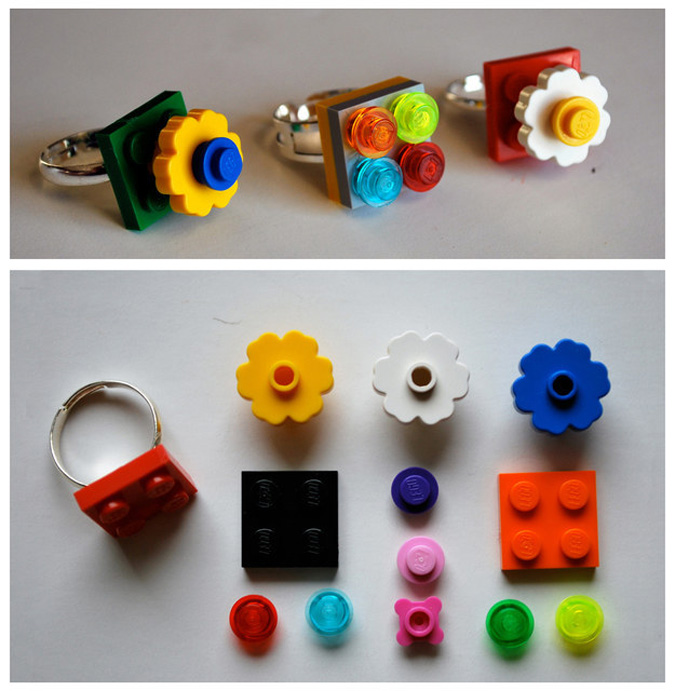 This ring project is such a great way to use up all those little LEGO bits and get them out of the house, too, as the tutorial says they used these as Valentine’s Day classroom gifts! They’d also be fun party favors.

You’ll need some inexpensive ring blanks, and after that the sky’s the limit!

The 2019 Oscar nominations are finally here