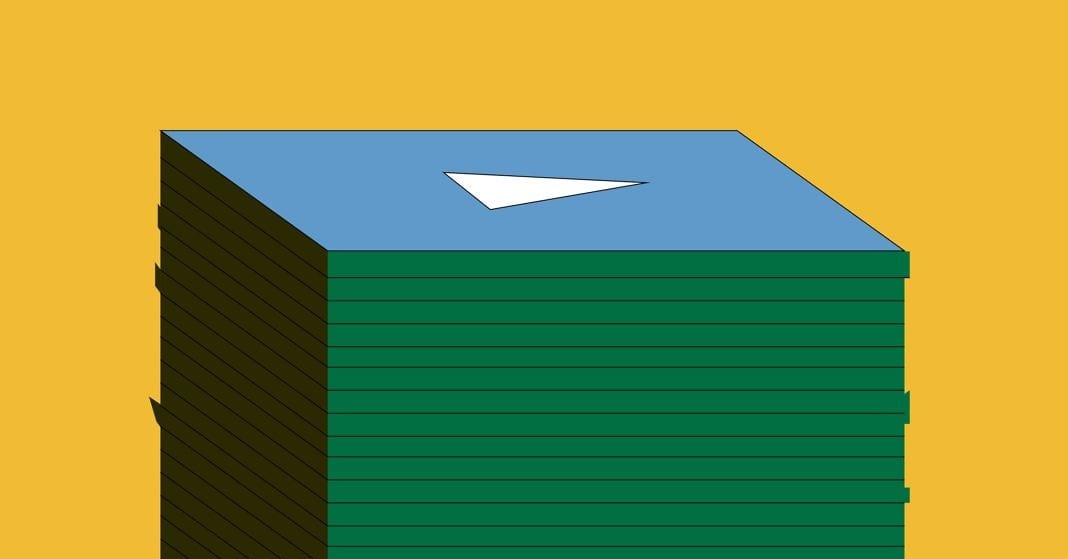 As midterm elections approach, anxieties loom large that social media will be prime targets for manipulative influence campaigns. Last week news emerged that Cambridge Analytica improperly used the data of tens of millions of Facebook users to manipulate voters. Amidst a tsunami of articles and tweets criticizing Facebook, few specific demands have yet to emerge, but here’s one that should: Facebook, Google, and other digital platforms must pledge right now to ban political advertising from so-called dark money groups.

Anthony Nadler (@amnadler) is a research fellow at Columbia University’s Tow Center for Digital journalism and an assistant professor of media and communication studies at Ursinus College.

This is one concrete step that platforms can take that would immediately disrupt the plans of groups gathering money from anonymous donors to influence elections by any means available. These groups will spend tens of millions of dollars—maybe well over a hundred million—in this election cycle.

According to the Center for Responsive Politics, political groups not disclosing any information about their donors spent more than $175 million on both the 2014 and 2016 cycles. Large sums of this money are shepherded by figures like the Koch brothers and Robert Mercer, who have become famous for their efforts to leverage their enormous fortunes into political influence.

Banning dark money groups from political advertising will not address nearly all the problems of political manipulation through digital media. Tackling the entire set of concerns will require reckoning with a core business model that's designed to sell advertisers influence over targeted users. Yet, this is a precious moment of popular discontent; witness the outrage following the Cambridge Analytica revelations. It’s time to strike with specific and significant demands that can go into effect right away.

The major platforms have pledged transparency for political ads, and Facebook has promised to force political advertisers to “verify both their entity and location.”

But if promoting transparency is to be meaningful, Facebook, Google, and other platforms must stop accepting advertisements from dark money political organizations that hide their donors.

No one knows the full range of malicious ploys that dark money groups may have tried. We know far more about the operations of the Russian Internet Research Agency. Robert Mueller’s indictment of these operatives revealed a network of virtual front groups and confederate activist accounts, which were promoted through targeted online advertising and attracted hundreds of thousands of followers.

Yet, Facebook only handed over Russian-linked ads after almost two weeks of grilling by the Senate and House Intelligence Committees—so the public has details of Russians ads only because of unusual political pressure.

Digital information warfare looks a lot like a supercharged variant of old-fashioned dirty tricks. Dark money groups are likely to try to hack into the same features of our digital environment that enabled the IRA’s sophisticated information operations. They might devise schemes to promote infighting and misdirection among political opponents. They might lob inflammatory or deceptive messages at carefully profiled groups of targets.

Other types of political groups may also engage in such schemes, but groups that hide their donors are especially likely to push past the edges of democratic norms. With their identities concealed, donors have incentives to invest in noxious practices whenever they seem effective, without the fear of damage to their reputations. Users are left unable to know who is funding the ads they see or why they are funding them.

Known examples of dark money groups using targeted advertising paint a disheartening picture. For instance, a group called Secure America Now, a 501c(4) group that has not disclosed its donors according to the records of the Center for Responsive Politics, created a series of highly inflammatory, targeted online ads around the 2016 elections.

In one of them, as Salon reported, a mock tourism video promoting what it calls "the Islamic States of America,” a narrator warns viewers of “weak leaders, who have allowed unsecure borders and Syrian refugee immigration, enabled our Jihadi fighters to infiltrate and overtake America." Demagogical images follow: the Statue of Liberty is covered in a burqa, school children are trained to “practice jihad,” and US life is transformed into a totalitarian vision of Sharia Law.

Secure America Now turned the dog whistle of broadcast political advertising into a shock collar. Instead of dispersing a coded message to general audiences, they selected users to send these ads to through Facebook and Google properties. This approach relied upon data-driven targeting to administer jolts of undiluted xenophobia to just those targets thought to be most receptive.

There is an ongoing push for legislation to require the special non-profit political groups—known as 501c4s, 501c5s, and 502c6s—to publicly disclose contributors. However, given the current state of polarized dysfunction, there is little chance of combating dark money on a federal level anytime soon. The Federal Election Commission is considering a proposal that will require social media companies to identify the sponsors of ads mentioning specific candidates. Yet, such rules would have little bearing on dark money groups whose names will not reveal their motives or funders.

In most states, dark money ads still run on broadcast and cable television. But digital platforms must go further than television reigning in dark money. After all, the platforms have created a vast apparatus of surveillance that monitors users’ every move. The dangers of precisely targeted ads are greater. Those messages can be constantly refined through split testing techniques and integrated, as seen with Russia's IRA, into sophisticated digital propaganda campaigns.

Forswearing the revenue potential of dark money might be a bitter pill for platforms to swallow. Yet, dark money is only a slice of a booming market. Advertising Age reported that political spending on digital advertising took an eye-popping leap in 2016, growing to $1.4 billion. This is up an astonishing 789 percent from 2012. Platform companies are not experts in the intricacies of political funding, so they should consult with organizations dedicated this issue, like Common Cause, to set strong policies.

Together, Facebook and Google are estimated to control more than 70 percent of the US market share in digital advertising. These two companies alone could thwart the midterm expectations of dark money groups by immediately announcing such a ban. If Facebook and Google want the favor of all those who desire a democracy less susceptible to information bullying by shadowy groups, the choice is clear: Don’t be evil.

Facebook and Apple employees throw down on gossip app Blind

In Preschool, He Told His Class He Would Marry Her. And Then He Did.