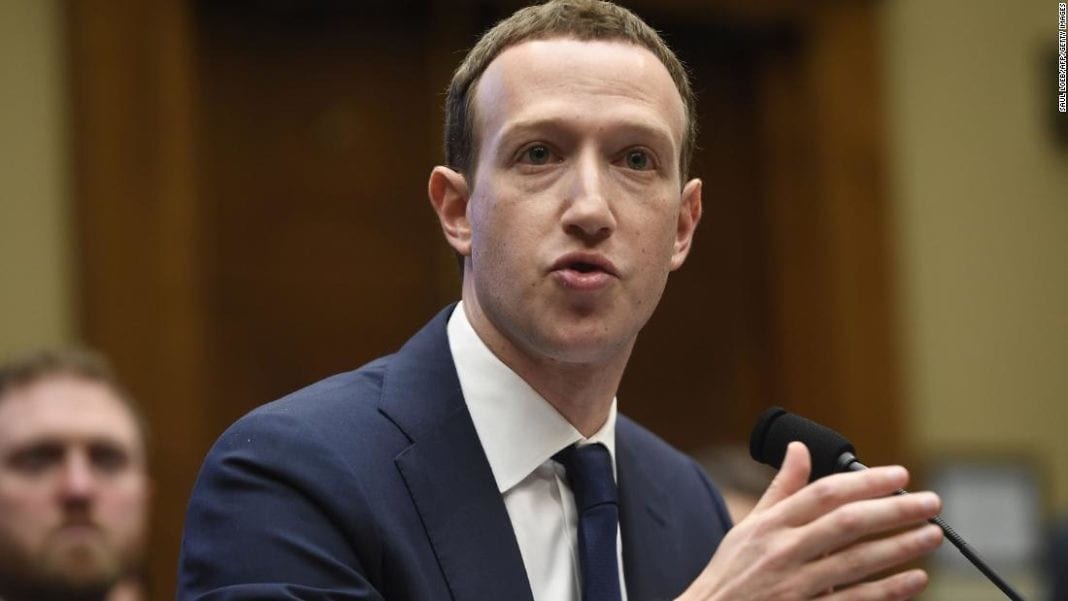 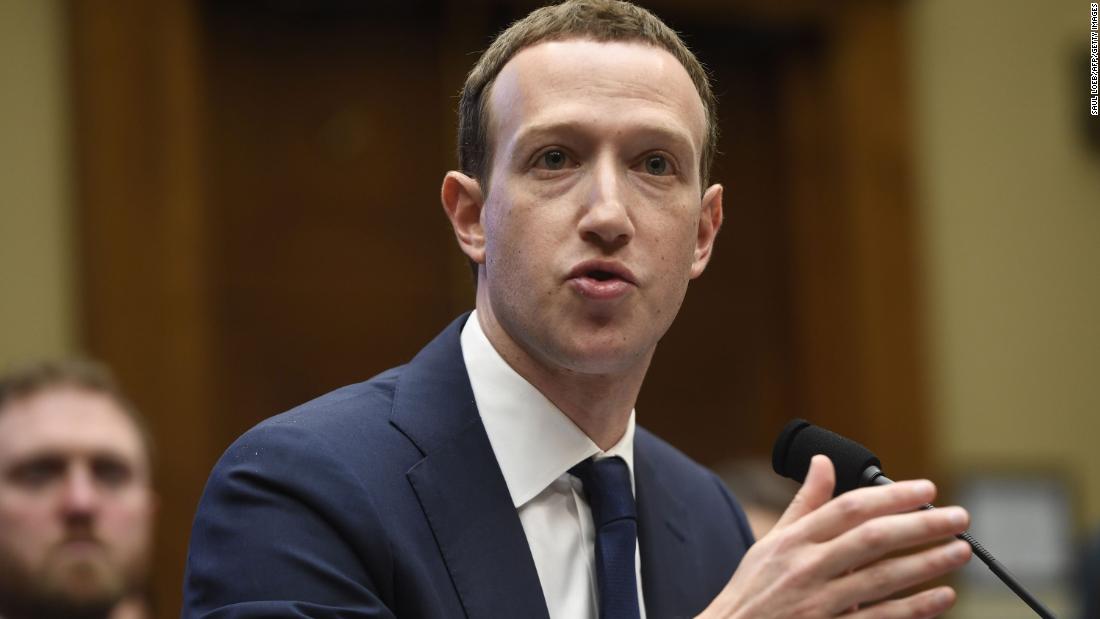 (CNN)It has been just a few months since Mark Zuckerberg was dragged before Congress to answer for his company, but Facebook has been put in the hot seat again — and is falling for a faux scandal cooked up by conservatives.

So not only did Facebook legitimize unfounded claims by launching this new review, but with the selection of Kyl and Heritage, it all but guaranteed that the review will conclude that Facebook has anti-conservative bias. This in turn will put more pressure on Facebook to adopt the group’s recommended policy changes.
Despite this, Republican leaders weren’t satisfied. Shortly after Facebook launched the review, Republican National Committee Chairwoman Ronna McDaniel and Brad Parscale, campaign manager for Donald Trump’s re-election campaign, doubled down on the bias narrative, writing to Twitter and Facebook to complain of “suppression of conservative speech” and “rampant political bias” on the platforms.

But instead of pointing to the ongoing formal review and letting it run its course, Facebook intensified its efforts to mollify right-wing critics. It arranged a meeting earlier this month between senior Facebook executives and McDaniel, Parscale, and Republican House Majority Leader Kevin McCarthy.
This reflexive rolling over is alarming and portends a future where Facebook does not just tolerate political strong-arming of its platform, but enables it. Facebook users must let the company know in no uncertain terms that they object.
First, the cries of anti-conservative bias are demonstrably false.
According to a 2017 Newswhip analysis, every measurable indicator reveals that there simply is no anti-conservative bias against publishers in Facebook’s algorithm. Most notably, conservative publishers received 2.5 times the engagement of liberal publishers on Facebook.
And according to data Newswhip recently compiled for Neiman Lab, Facebook’s algorithm changes — made early this year to prioritize information shared by family and friends, rather than brands and publishers — haven’t negatively affected hyperpartisan publishers.
Facebook recently rolled out some additional changes as part of its ongoing efforts to combat fake news and hate speech. But a review of Media Matters’ internal data, which looked at engagement on Facebook enjoyed by major progressive and conservative Facebook pages since those changes, yields similar findings to Newswhip’s 2017 analysis.
Most measurable indicators that we can access, such as Newswhip’s report, show that conservatives actually have a significant advantage on Facebook, not the opposite, as is being claimed. 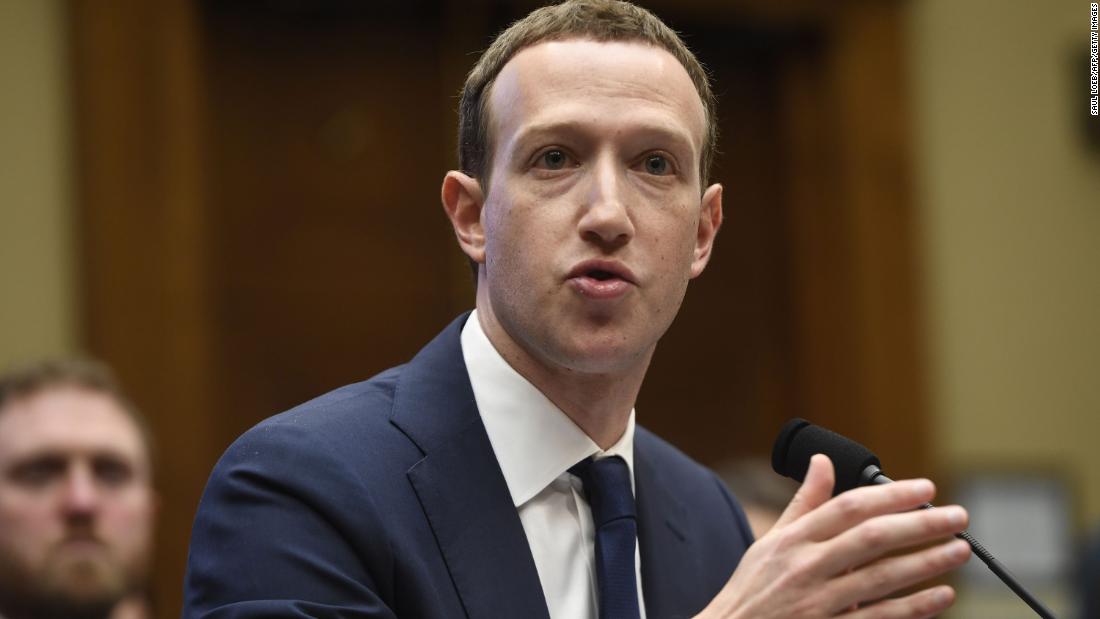 If a modest, nonprofit organization like Media Matters has this data and the ability to analyze it, then Facebook definitely has it. Accordingly, Facebook’s continued capitulation to the unfounded claims of conservatives means that either it is willfully ignoring its own data out of fear of right-wing critics or it just hasn’t even bothered to look and is taking actions totally disconnected from facts and data. This last seems unlikely.
Second, Facebook has already fallen for this gambit before — and it had devastating consequences.
In May 2016, a report on Gizmodo claimed that, according to unnamed former employees, Facebook’s “news curators” conspired to suppress conservative news from the platform’s Trending Topics section. Conservatives cried censorship and Facebook CEO Mark Zuckerberg swiftly met with right-wing politicians and pundits including Laura Ingraham, Tucker Carlson, Glenn Beck and even a representative from the Trump campaign.
After the meeting, Zuckerberg caved to right-wing critics and implemented dramatic policy changes. He fired the contractors who worked as editors of the Trending Topics section and replaced them a few months later with an algorithm that greatly contributed to the fake news problem by regularly putting misinformation in user’s newsfeeds. Notably and similarly to the present circumstances, Facebook appeared to act without regard to whether right-wing critics’ claims were even accurate.
What’s more, after the Gizmodo allegations, Facebook’s own internal investigation that same month had analyzed the data and found “no evidence of systematic political bias” in the trending topics. Yet Facebook proceeded. 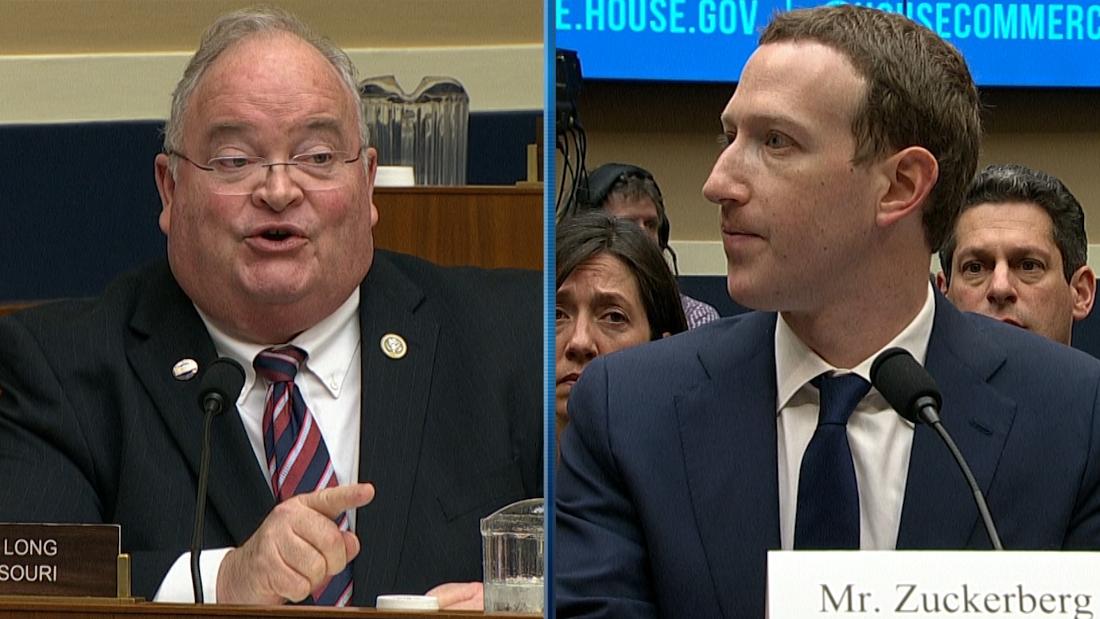 And here we are again, with Facebook jumping to the demands of conservatives — and just ahead of the midterm elections.
Cries of liberal bias by right-wingers too often causes mainstream media outlets to overcompensate and provide disproportionate coverage to conservative viewpoints. It’s a playbook that the conservatives have been using against the news media for decades and now they’re deploying it against social media companies. Their aim is clear: game the refs and rig the system in their own favor.
Facebook’s enabling of this happened in plain sight in the 2016 Gizmodo-caused debacle, which ultimately allowed for the prioritization of fake news on the site. There were plenty of alarms. But no one knew that the sounds they were hearing were alarm bells. Now we all know.
If we do nothing, Facebook will continue to allow conservatives to game the platform’s attempts at responsiveness. This will mean devastating consequences for the truth and for our democracy.
Don’t ignore the alarm bells that are clanging.

Facebook expands Safety Center to 50 languages, doubles down on bullies with 60 partners