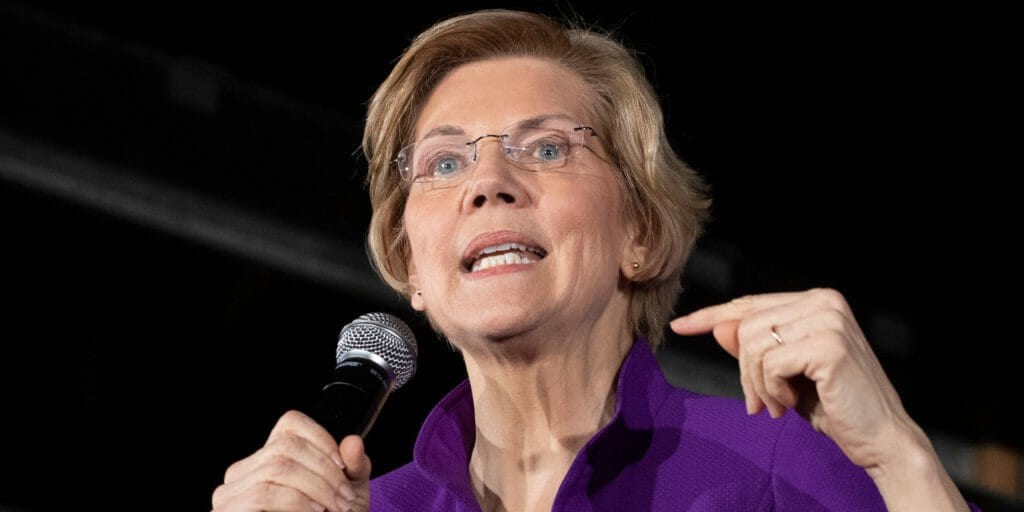 Just last week, Sen. Elizabeth Warren (D-Mass.) announced a major policy proposal of her 2020 candidacy: breaking up the monopolies tech giants have “over our economy, our society, and our democracy.”

But because those tech giants are still the best way to disseminate a message, Warren ran ads on Facebook calling for Facebook to be broken up.

Facebook briefly removed the three ads by Warren, which explicitly spoke out against Facebook’s control over large swaths of our lives. They were removed, Facebook said, because they “violated our policies against use of our corporate logo.”

After Politico noticed the move, Facebook restored the ads.

But it couldn’t have painted a better example for Warren to use to highlight her proposal.

Curious why I think FB has too much power? Let's start with their ability to shut down a debate over whether FB has too much power. Thanks for restoring my posts. But I want a social media marketplace that isn't dominated by a single censor. #BreakUpBigTech https://t.co/UPS6dozOxn

“Curious why I think FB has too much power?” Warren wrote. “Let’s start with their ability to shut down a debate over whether FB has too much power. Thanks for restoring my posts. But I want a social media marketplace that isn’t dominated by a single censor. #BreakUpBigTech.”

Facebook claimed the ads inappropriately used the company’s likeness, specifically its somewhat iconic “F,” which is banned by the company’s advertising policies.

“In the interest of allowing robust debate, we are restoring the ads,” the company told the Washington Post.

You shouldn't have to contact Facebook's publicists in order for them to decide to "allow robust debate" about Facebook. They shouldn’t have that much power. https://t.co/yPi57RHozf

As the 2020 primary ramps up, politicians’ campaign use of social media, and their relationship to tech giants, will be constantly scrutinized after President Donald Trump rode a robust Facebook targeting scheme on his way to victory in 2020.

Know something about how Facebook ads work? Get in touch: [email protected].