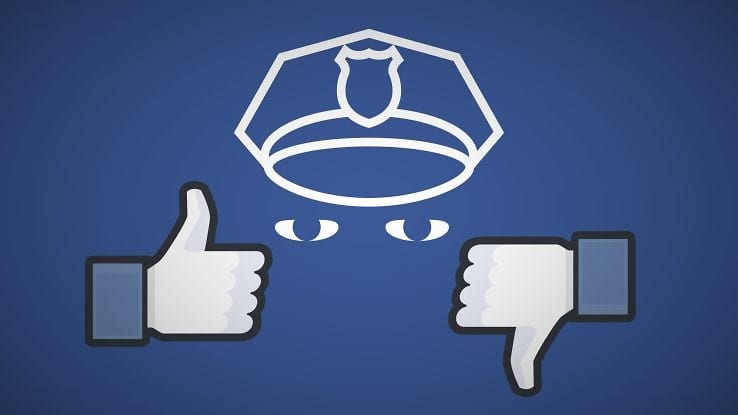 How should Facebook decide whats allowed on its social network, and how to balance safety and truth with diverse opinions and cultural norms? Facebook wants your feedback on the toughest issues its grappling with, so today it published a list of seven hard questions and an email address hardquestions@fb.com where you can send feedback and suggestions for more questions it should address.

Facebooks plan is to publish blog posts examining its logic around each of these questions, starting later today with one about responding to the spread of terrorism online, and how Facebook is attacking the problem.

[Update: Here is Facebooks first entry in its Hard Questions series, which looks at how it counters terrorism. We have more analysis on it below]

Even when youre skeptical of our choices, we hope these posts give a better sense of how we approach them and how seriously we take them Facebooks VP of public policy Elliot Schrage writes. And we believe that by becoming more open and accountable, we should be able to make fewer mistakes, and correct them faster.

Heres the list of hard questions with some context from TechCrunch about each:

Facebook has worked in the past to shut down Pages and accounts that blatantly spread terrorist rhetoric. But the tougher decisions come in the grey area fringe, and where to draw the line between outspoken discourse and propaganda

Facebook currently makes peoples accounts into memorial pages that can be moderated by a loved one that they designate as their legacy contact before they pass away, but its messy to give that control to someone, even a family member, if the deceased didnt make the choice.

Facebook has to walk a thin line between making its app safe for a wide range of ages as well as advertisers, and avoiding censorship of hotly debated topics. Facebook has recently gotten into hot water over temporarily taking down videos of the aftermath of police violence, and child nudity in a newsworthy historical photo pointing out the horrors of war. Mark Zuckerberg says he wants Facebook to allow people to be able to set the severity of its filter, and use the average regional setting from their community as the default, but that still involves making a lot of tough calls when local norms conflict with global ones.

Facebook has been racked with criticism since the 2016 US presidential election over claims that it didnt do enough to prevent the spread of fake news, including right-wing conspiracy theories and exaggerations that may have given Donald Trump an advantage. If Facebook becomes the truth police and makes polarizing decisions, it could alienate the conservative side of its user base and further fracture online communities, but if it stands idle, it may grossly interfere with the need for an informed electorate.

On a similar front, Facebook is dealing with how peer-to-peer distribution of news omits the professional editors who typically protect readers from inaccuracy and misinformation. That problem is exacerbated when sensationalist or deceitful content is often the most engaging, and thats what the News Feed that highlights. Facebook has changed its algorithm to downrank fake news and works with outside fact checkers, but more subtle filter bubbles threaten to isolate us from opposing perspectives.

Facebook is a data mining machine, for better or worse. This data powers helpful personalization of content, but also enables highly targeted advertising, and gives Facebook massive influence over a wide range of industries as well as our privacy.

Whats important news or lighthearted entertainment for adults can be shocking or disturbing for kids. Meanwhile, Facebook must balance giving younger users the ability to connect with each other and form support networks with keeping them safe from predators. Facebook has restricted the ability of adults to search for kids and offers many resources for parents,but does allow minors to post publicly which could expose them to interactions with strangers.

Facebooks post about how it deals with terrorism is much less of a conversation starter, and instead mainly lists ways its combatting their propaganda with AI, human staff, and partnerships.

Facebooks methods for combatting terrorism on its social network include:

Unfortunately, the post doesnt even include the feedback email address, nor does it pose any philosophical questions about where to draw the line when reviewing propaganda.

[Update: After I pointed out thehardquestions@fb.com was missing from the counter-terrorism post, Facebook added it and tells me it will be included on all future Hard Questions posts. Thats a good sign that its already willing to listen and act on feedback.]

The subtext behind the hard questions is that Facebook has to figure out how to exist as not a traditional media company as Zuckerberg referred to it. The social network is simultaneously an open technology platform thats just a skeleton fleshed out by what users volunteer, but also an editorialized publisher that makes value judgements about whats informative or entertaining, and whats misleading or distracting.

Its wise of Facebook to pose these questions publicly rather than letting them fester in the dark. Perhaps the transparency will give people the peace of mind that Facebook is at least thinking hard about these issues. The question is whether this transparency gives Facebook leeway to act cautiously when the problems are urgent yet its earning billions in profit per quarter. Its not enough just to crowdsource feedback and solutions. Facebook must enact them even if they hamper its business.