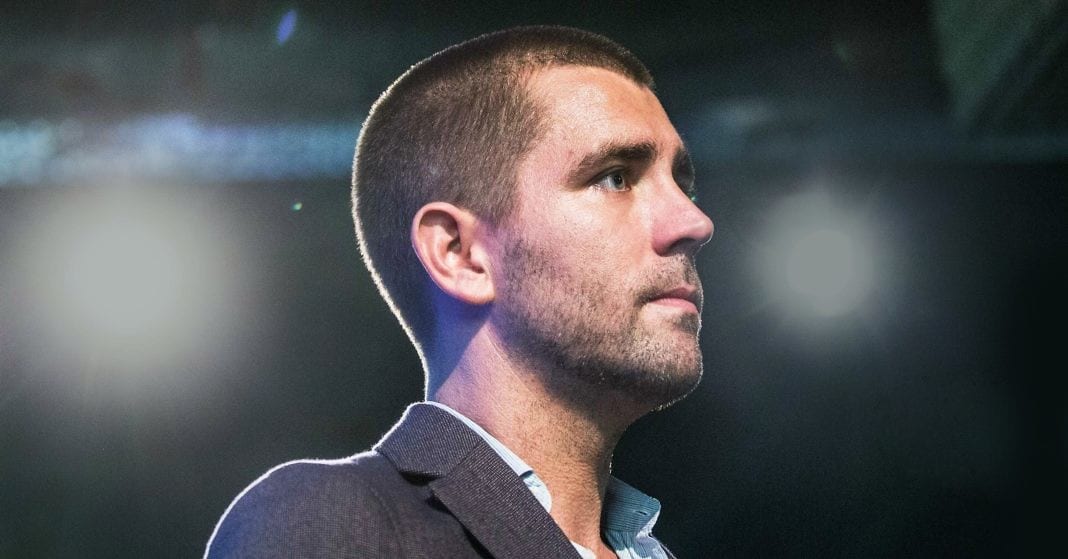 Just last spring, Chris Cox, the chief product officer of Facebook, was promoted to also oversee WhatsApp, Messenger, and Instagram. It seemed at the time almost like succession planning. If Mark Zuckerberg were to ever leave the company, Cox, his longtime confidante and a represen­tative of the engineering and product side, would be set up to run it.

But Cox announced today that, after 13 years at the company, he’s leaving. “For over a decade, I've been sharing the same message that Mark and I have always believed: Social media's history is not yet written, and its effects are not neutral. It is tied up in the richness and complexity of social life. As its builders, we must endeavor to understand its impact—all the good, and all the bad—and take up the daily work of bending it towards the positive, and towards the good. This is our greatest responsibility,” he wrote.

Cox has been a beloved employee at the company, leading orientations for new hires and helping set the company’s product strategy in all ways. He was a calm presence in a chaotic place, and insiders jokingly referred to him as “the Ryan Gosling of Facebook Product.” He was one of the first 15 engineers at the company—back when it was still called “The Facebook”—and he helped design the early versions of NewsFeed, Facebook’s most important product. He managed human relations early on, which was likely good training for his later job of managing relations with a restive news industry. Last year he sat for a long interview with WIRED and explained the complexities of how the company polices fake news and hate speech, one of Facebook’s top priorities for 2018.

It seemed, for years, that Cox and Zuckerberg saw eye to eye on nearly everything. But there is a suggestion in Cox’s statement that, perhaps, a major recent decision drove them apart, and an employee at the company in a position to know confirmed, in a conversation with WIRED, that that is indeed a major reason why Cox is leaving. After all, many of the projects he worked on—countering filter bubbles, fake news, and hate speech—become much harder when all the data is encrypted. Cox did not immediately respond to a request for comment.

Last week, Mark Zuckerberg published a manifesto about privacy that offered up a new direction for the company, one based on encrypted messaging and the interoperability of all of the messaging platforms that Cox oversees. And in Cox’s statement there is a hint that that might have inspired today’s announcement. “As Mark has outlined, we are turning a new page in our product direction, focused on an encrypted, interoperable, messaging network. It's a product vision attuned to the subject matter of today: a modern communications platform that balances expression, safety, security, and privacy. This will be a big project, and we will need leaders who are excited to see the new direction through.”

That certainly sounds like Cox is saying he isn’t entirely excited to see this project through.

Zuckerberg, too, may have hinted at this in an interview with WIRED last week. When asked about shifting focus at a company as big as Facebook, Zuckerberg responded, “There's a lot of work that goes into getting the teams aligned and getting the right leaders in place who believe in these priorities, and being able to execute on that.”

After unifying all of Facebook’s products under Cox a year ago, Facebook said it would now split them apart under separate leaders, similar to how they’d been set up before. In a note published on Facebook’s Newsroom blog, Zuckerberg said that Chris Daniels, who’s been running WhatsApp since the reorganization a year ago, and before that had run Facebook’s Internet.org for five years, is also leaving Face­book. Will Cathcart, who had been in charge of the Facebook app, will now run WhatsApp. Fidji Simo, who had been running the Facebook app while Cathcart was out on paternity leave, will take on that job full-time. Adam Mosseri will continue to run Instagram. And Stan Chudnovsky will continue to run Messenger. Zuckerberg said he would not fill Cox’s job and indicated that these division heads would report directly to him. At 7 pm ET today, Zuckerberg and Cox will have a Q&A with the company in which they will surely discuss the changes.

Many observers weren’t sure what to make of Zuckerberg’s announcement about privacy last week. How much of it was a general philosophical shift, and how much was just a new business strategy? With Cox’s resignation, one thing is absolutely clear: Zuckerberg’s pivot is now officially a very big deal.

This is a developing story. If you have information, you can reach Nicholas Thompson over DM at Twitter or nxthompson@protonmail.com.