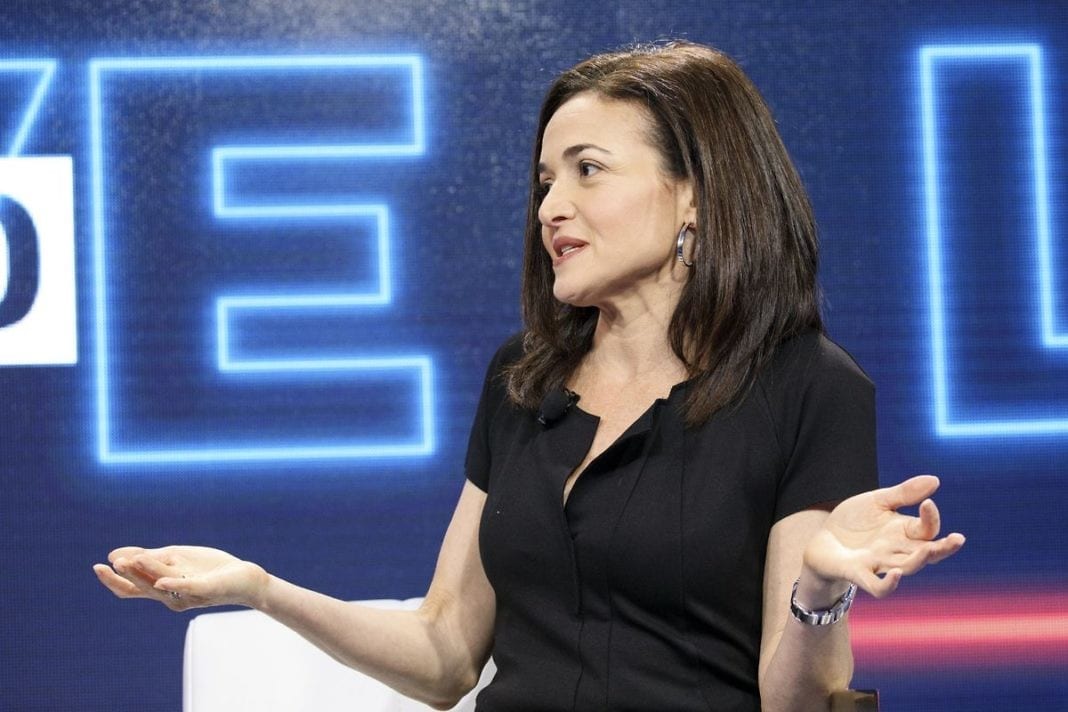 Facebook Inc. Chief Operating Officer Sheryl Sandberg outlined the ways she’s responding to a data-privacy crisis, saying for the first time that some advertisers have curtailed spending and acknowledging her team has a long way to go to reassure wary customers.

“We’ve seen a few advertisers pause with us and they’re asking the same questions that other people are asking,” Sandberg said Thursday in an interview at Facebook headquarters in Menlo Park, California. “They want to make sure they can use data and use it safely.”

Sandberg said she is having “reassuring conversations with advertisers, just as we are with people,” about how Facebook has built privacy into its system. The company makes almost all its revenue and profit from advertising.

The largest social-media company is reviewing products and data policies to find further ways to protect users from being exploited, after political consultant Cambridge Analytica obtained information on as many as 87 million people without their permission. That crisis has led to broad questions about how Facebook treats users’ data. Chief Executive Officer Mark Zuckerberg is scheduled to testify about the issue at congressional hearings next week.

The company has come under scrutiny from regulators, too. The Federal Trade Commission is investigating whether the company violated a 2011 agreement to get permission from users before sharing their data. Cambridge Analytica accessed Facebook data from a professor who got permissions from 270,000 people taking a personality quiz app. At the time, Facebook let people share information about their friends through these types of apps, but it stopped the practice several years ago.

That has raised the prospect of FTC fines, but Sandberg isn’t concerned. “I think we’re very confident that that was in compliance with the FTC consent decree,” she said.

In a wide-ranging interview, Sandberg discussed the company’s shifting responsibilities as it thinks about what can go wrong with its network, following the Cambridge Analytica revelations. She said Facebook is drawing stricter boundaries around its work with certain advertisers and political campaigns, too. The company has worked directly with governments that went on to use the social network against their people, and advertisers that ran anti-Muslim content, for example.

Facebook will continue to work with political advertisers, and will still aim to be “neutral” when assessing content — just more careful, Sandberg said.

“If you were using hate-based language in ads for elections, we’re drawing those lines much tighter and applying them uniformly,” she said.

While the service may look different depending on the country, “the fundamental core principles of those settings and controls we are going to apply all over the world,” she said. “Whether or not laws are passed.”

Separately, in an interview with Emily Chang of Bloomberg Television, Sandberg took the blame for not ensuring that Facebook’s operations were staffed at the right level to protect users’ privacy and for failing to look at security issues in total rather than dealing with specific problems as they arose.

“We also didn’t build our operations fast enough, and that’s on me,” Sandberg said, explaining that the company will have 20,000 people working on security by year’s end. “We are massively investing in smart technology. And we’re doing all of this to make sure we get to a place where we can proactively protect people’s data.”

How Facebook is using AI to supercharge photo filters