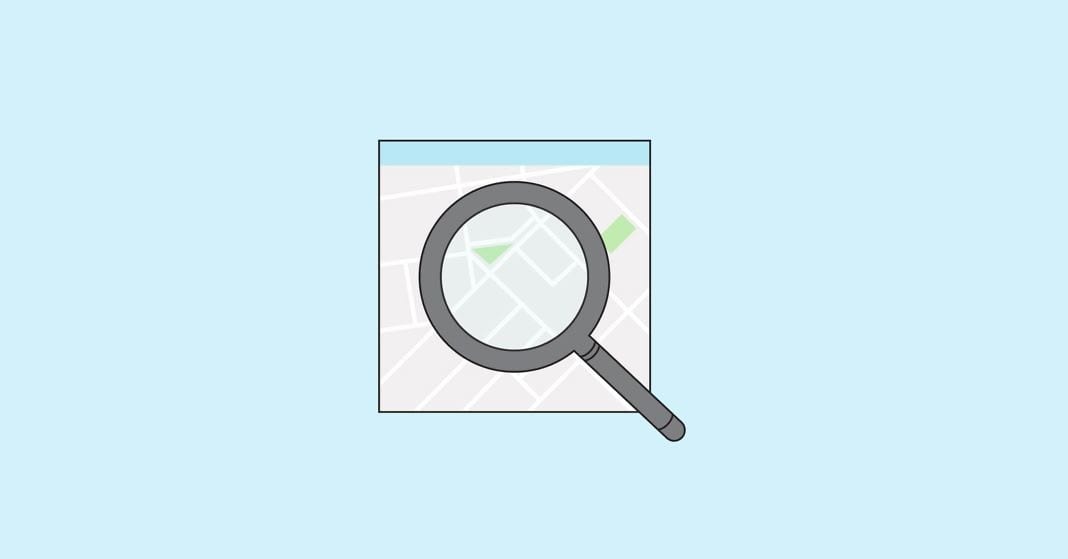 Open the Uber app in downtown San Francisco, and you’ll discover you can do a lot more than hail a ride. You rent a bike, thanks to Uber’s recent acquisition of Jump Bikes. You can rent a car, courtesy of a partnership Uber has struck with the startup Getaround. In a test version of the app, which I saw when I reported on Uber last January, a train schedule popped up if you hailed a ride to Caltrain.

These small tweaks are part of Uber’s plan to transform from a ride-sharing service into a global logistics platform. If this strategy works, one day you’ll open to the Uber app’s city grid every time you want to figure out how to get yourself—or anything else—from one point to another. In other words, you’ll use Uber like you use Google Maps’ app: to find out what’s around you and how to reach it.

Uber isn’t alone in its quest to turbo-charge maps: On your phone, the map app is the new search box. Uber, like a lot of companies, anticipates that mapping will become the way that people merge their digital and physical lives: a real-time search function for the world immediately around you. But that means maps are about to become a lot more sophisticated. “The level of detail and precision…are core to what we do,” says head of product Manik Gupta, who spent more than seven years working on Google Maps before he defected to Uber.

Search has always been partially about location: if Google knows you are in Indiana, you’ll get more meaningful results when you type “today’s weather” into your laptop. Traditionally, though, the physical and digital worlds have been divided. You use search when you need information, and a map when you need to get someplace.

But now, a number of companies are producing maps that decode the three-dimensional world. Have a toothache? Plug “dentist” into Google Maps. Want to know where exactly the Puerto Rican Day Parade ends? Pull up Snap Maps. Need to get to the airport quickly? Open Uber or Lyft. “Maps are a really powerful canvas for search,” says Eric Gundersen, founder of Mapbox, a company that offers developer tools for companies to create maps. “It's a canvas for context, for understanding where people are. It's a canvas for understanding data.”

As maps emerge as the front door to many of our digital experiences, businesses are vying to be the first app you open—the same way that Microsoft and Yahoo once fought Google to own search. “Everybody's always fighting to become the entry point for everything you do,” says Luc Vincent, who helped pioneer Street View at Google and now runs Lyft’s mapping and marketplace division. Now that entry point seems primed to become a map.

Even Google, which has long dominated maps, is anticipating the shift. In addition to its Google Maps app, Google powers many of the mapping interfaces other businesses are building. In May, Google rebranded this mapping business as Google Maps Platform. The revamp, the first since it launched the tools 13 years ago, lumps its 18 developer tools into just three categories, making them easier to understand, and introduced a clearer pricing structure. Google also began rolling out specialized sets of mapping features for specific industries like gaming and ride-sharing, where it began testing its ride-sharing offering with Lyft, in which it is an investor, last fall.

While Google’s mapping tools offer the most comprehensive options for companies that want to add maps to their apps, several other companies offer geolocation tools for developers. The Dutch company Tom Tom counts automakers as its customers and often powers their navigation systems. There’s Here, the name for the Nokia mapping assets, was bought by a group of German automakers in 2015. But the most frequent alternative to Google Maps is Mapbox. Its customers include Snap, Instacart, Foursquare, and The Weather Channel, among many others. Mapbox’s tools cost considerably less than ones from Google Map Platform. Mapbox lacks some of Google’s features, like Google Street View, but other startups, like the Sweden-based startup Mapillary, are attempting to crowd-source alternatives to Streetview. So companies looking for an alternative to relying on Google can often piece together the mapping features they need.

Uber draws data from many of these services to piece together its own maps. From the start, it has licensed geolocation services from Google, as well as Tom Tom, Open Street Map and others. In recent years, the company has invested heavily in developing its own mapping technology. Since 2015, when Uber first bought deCarter and then bought part of Bing’s mapping assets from Microsoft, the company has been acquiring small map-related startups. Insider Uber, engineers are using digital imagery from the real world to improve the much vaunted ETA, or estimated time until arrival. They are using machine learning to offer destination predictions to riders, and improve navigation for drivers. In many cities across the world, Uber is deploying a fleet of cars with distinctive cameras to collect its own imagery in an effort to improve pick-ups and drop-offs.

But for Uber to become the de facto transportation and logistics app, it must be the most accurate: An error as minor as locating a passenger on the wrong side of a street might break a sale by adding extra wait time. These challenges will only grow. To deliver a meal to your 7th floor apartment, or direct you to the best (and closest) optometrist, Uber not only has to get better at figuring out where you are it must improve its ability to signal to a user how to best navigate the terrain. To navigate you through the world of the future—where autonomous cars and augmented reality introduce digital tools into the physical grid—exactingly perfect maps will be critical.

The companies best positioned to position us will rise to the top of this new world order, and no one wants to be left behind.