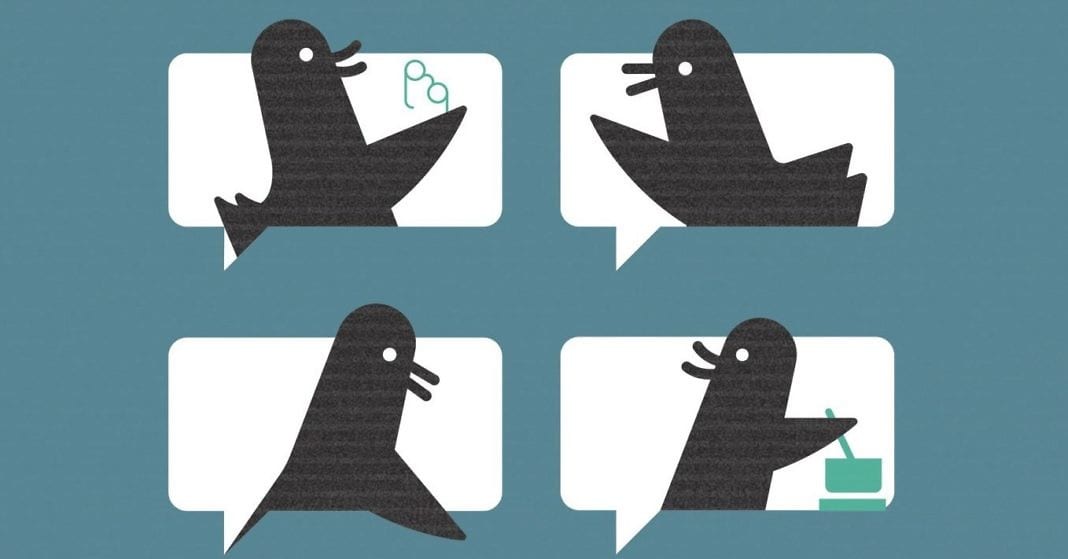 I woke up one day, at age 38, and realized I was the worst kind of bored housewife. My kids were old enough to no longer need me, my amusing(ish) satirical novels were largely being unread, and my life had become a dull hum of paint colors and upholstery. I live on New York’s Upper East Side, where everyone shares the same small, incredibly specific concerns—private schools, vacations, and getting our husbands to notice us. I was drowning in provincialism.

And so, like any well-adjusted person, I took to the internet.

I went to Twitter originally to express my displeasure at the way the president of the United States was running things. I was devastated by the election and looking for a fight, of a genteel sort. My ranting was largely futile—like yelling at the guy who works in the Verizon store about bad cell phone coverage—but suddenly I wasn’t alone and I wasn’t talking about upholstery. I came for the hostility but was slowly seduced by the community of a sacred (and sometimes profane) space.

Sure, the climate apocalypse was coming, and democratic norms were being destroyed, but I was making friends. I followed people who shared a similar sensibility, but there were others. There was the NBC reporter I became friends with by trolling him for going on Fox News. I followed an anonymous parody account who turned out to be an adorable single father with a kid the same age as mine. I became friends with hackers, charlatans, and members of the deep state. People in my real life were worried about study skills and selling school-branded sportswear. People on Twitter were worried about immigrant children being pulled from their parents.

I came from a family that wrote about everything all the time. When I was growing up, my mother, Erica Jong, constantly wrote about me. So I didn’t have the same kind of relationship with privacy that normal people did.

A few weeks ago, my eldest son (whom I call “woke teenage son” on Twitter) had a flare-up of his Crohn’s disease. It was a Sunday; I took him to the hospital and watched him be wheeled into surgery to be treated for a disease he had inherited from me, from my bad genes. It was a soul-­destroying moment.

“Absolutely unequivocally not,” he said sharply, right before the anesthesia began to take hold.

So, I didn’t. I sat in the hospital waiting room unmoored. I had embraced Twitter and a life of extreme online living. And by doing so I had found the connectedness that I desperately needed. I called some people, but it didn’t feel the same as being in my community. I knew it wasn’t my trauma to share, it was his. So I tweeted about politics, but felt like a fake. I didn’t want to talk about politics. I wanted to be consoled. And I realized that is what I’d been coming to Twitter for.

My son came out of surgery, and a few hours later he was complaining about the cellular service in the hospital. I, too, survived, but it was a stark reminder of how emotionally dependent I was on this odd bit of technology and the world it contained.

Molly Jong-Fast (@MollyJongFast) is the author of three books.

Why We Love Tech

Trash talk: how Twitter is shaping the new politics