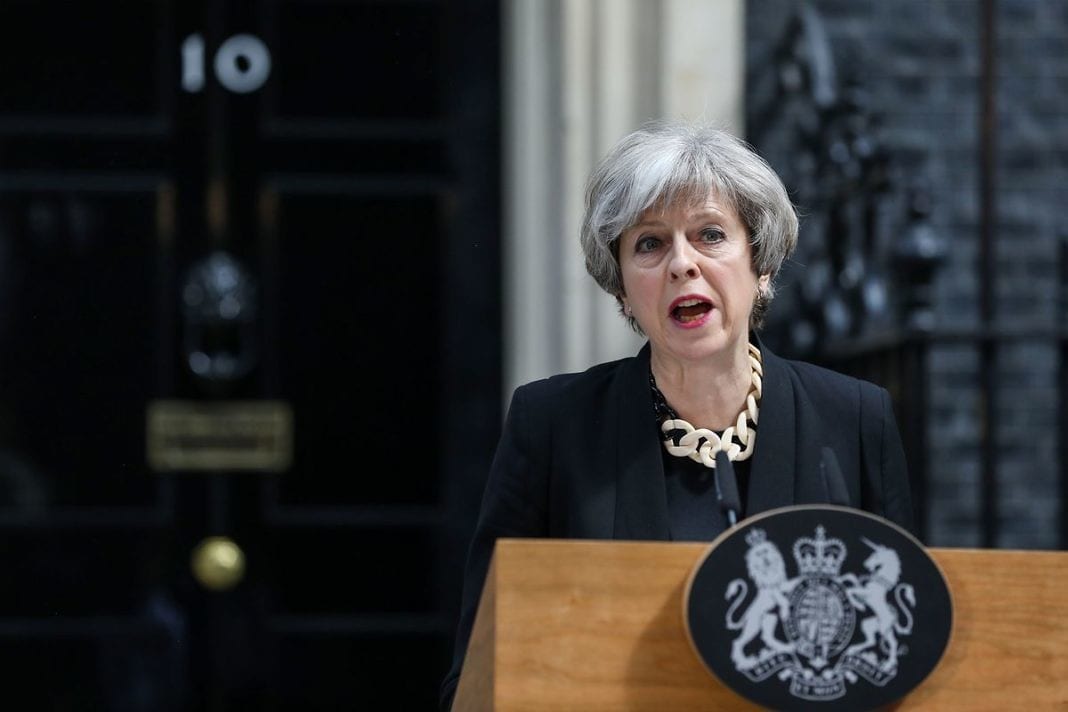 U.K. Prime Minister Theresa May launched another assault on social media networks after seven people were killed and 48 injured in a terrorist rampage in London on June 3. May said the U.K. will coordinate with other governments to force internet companies to stop providing “safe spaces” online for extremists to recruit and coordinate attacks. The U.K. already has strict surveillance laws, and is planning to push through even tougher rules on how social media platforms counter extremism online.

1. Is this just political posturing?

The U.K. clearly means business. “Things need to change,” May said. “We cannot allow this ideology the safe space it needs to breed. Yet that is precisely what the internet –- and the big companies that provide internet-based services –- provide.”

The U.K. is already pushing through legislation to force social networks to open up their networks to domestic security forces. The government is currently strengthening recent legislation passed late last year, in order to force companies such as Facebook Inc. and its subsidiary WhatsApp Inc. to give authorities access to encrypted services upon request. Khalid Masood, who killed five people in London in March, used WhatsApp shortly before he began his rampage.

3. How exactly would this work?

At present, messages on platforms such as WhatsApp use what is called "end-to-end" encryption. This means if I message you, the two of us are the only people who can read it; not even people at WhatsApp can see our discussion. The U.K. wants a “backdoor” that will — after approval via a semi-independent judicial process — allow its security forces to access old messages from suspects. What this essentially means is an end to end-to-end encryption.

No. Other countries are taking a crack at the big tech firms. Apple Inc. and the U.S. government engaged in a high-profile battle over data privacy and encryption following the 2015 terrorist attack in San Bernardino, California. Since the U.S. found a way to break into the locked iPhone, it could be argued that Apple successfully resisted being forced to change its technology for the benefit of surveillance. But if the U.K. somehow forces the tech giants to change the level of protection they offer messaging, you can bet every other government will follow suit.

5. Is terrorist communication the only target?

No — there’s a broader attempt to silence hate speech. Before the latest attacks, Parliament’s Home Affairs Committee said Facebook, Google Inc. and Twitter Inc. were “shamefully far” from effectively managing extremist and hate content. Now May is calling for a multinational effort to "regulate cyberspace to prevent the spread of extremism and terrorist planning.” The challenge will be turning all this into legislation. German lawmakers are backing 50 million-euro ($56 million) fines if social media firms fail to remove hate speech quickly. The U.K. committee has also proposed “meaningful fines” for those who fail to deal with hate speech. Facebook generated $27.64 billion in revenue for 2016.

6. What do the tech firms think about all this?

When the U.S. authorities were trying to force Apple to open up an iPhone, Chief Executive Officer Tim Cook said the FBI asked Apple to make the “software equivalent of cancer.” With more terrorist attacks comes more pressure on those companies to stand firm. Following the attack in Westminster in May, Facebook, Google, Microsoft Corp. and Twitter issued a joint statement saying they were “committed” to tackling extremism online, but made no mention of changing end-to-end encryption. One government official, speaking on condition of anonymity in late May, told Bloomberg that while some companies are keen to help with the U.K.’s demands, others have not been as willing.

7. What happens if the tech firms refuse to open up?

Monetary fines are likely to go only so far with tech firms. Even if the U.K. enforces a law to give it the ability to access services on request, encrypted messages are not the same as old phone logs, for example. Tech firms could simply say it can’t be done, or be willing to go to court. The extreme government option is to ban some, or all, of their services, but given the ubiquitous nature of social networks — and don’t forget their prevalence in political campaigning — this seems unlikely.

This Silicon Valley Lawmaker Has a Plan to Regulate Tech