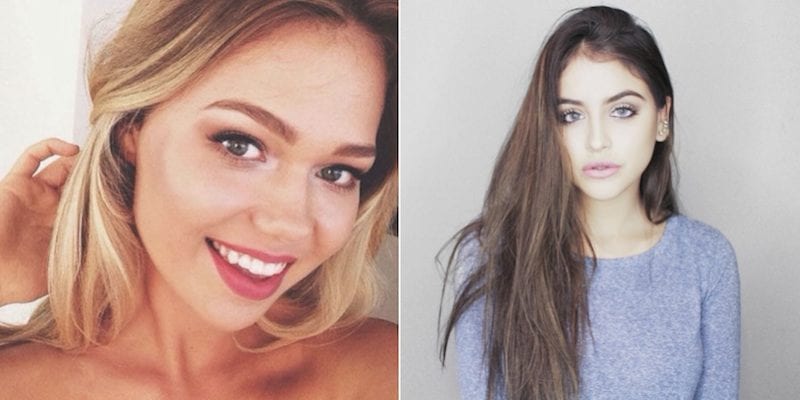 Lauren Giraldos open letter to Essena ONeill is the best thing you will read about the former Instagram models holy war on social media.

The 17-year-old, Lauren Giraldo, is an Instagram model who just GETS IT.

She understands what social media is about, has leveraged it into an incredibly successful career on this young medium and sees it all for what it really can be: a way to show your true self if you want to.

The 19-year-old former social media darling caused headlines this week after she edited captions on some of her photo posts to let users know how much money she was paid to wear certain clothing and the hours of work it took to get candid shots on film.

Then, she just deleted everything and now exclusively uploads blogs and preachy TED-esque vlog posts to her social change website, Lets Be Game Changers.

Lauren, who boasts almost 600,000 Instagram followers herself, is looking at this whole thing as a potential teaching moment, though, and her open letter to Essena about how social media can be used for good and not exclusively evil is amazing.

Giraldo starts the letter off with an innocent introduction and then immediately gets at the crux of Essenas objections. She writes,

What sticks out to me the most, though, is the overwhelming amount of pressure you experienced: the pressure to get likes, to look perfect, to gain followers and, in a nutshell, to prove your worth to yourself and others.

Like Essena used to do, Lauren touches up her photos sometimes, but she doesnt let that ruin the experience. She isnt burdened by likes, but rather looks at feedback as a way to interact with her fans and never lets the post ruin the experience of where shes posting from.

Lauren did briefly address thevulnerable side of social media, saying,

There’s something to be said for the Internet space in general: it was never safe, even going back to cyberbullying on AOL Instant Messenger. The more people who see me, the more judgement I open myself up to. I’ve developed a thick skin to cope with the hate because there’s so much more positive that overweighs the negative, and I am genuinely obsessed with what I do.

But even after she reached that million followers mark, among all her platforms, Lauren stayed the same, and thats key here. She continues,

Yes, sometimes I’ll edit out a pimple before posting a selfie, but I embrace my flaws and speak about them openly all the time. I am the same Lauren Giraldo that I was at 30 followers, and I’m confident my supporters/subscribers can attest to this. My goal is for anyone who follows me to see me as a virtual friend; friends see your flaws, your insecurities, your weak spots, and they love you anyway. Of course there are things that are very personal that I don’t always share, but that’s exactly how I am with my immediate friends, providing myself with a sense of privacy isn’t that only human?

She then digs into theflaws ofEssena speaking so harshly of the whole industry. She writes,

It’s unfair for you to shame social media for being fake, and being a lie. Sometimes I wear dresses and I post a picture to Instagram and tag the brand without ever being paid to wear them, I just like them and want my followers to know that. We all have access to the same apps, websites, blogs, etc, it’s up to us to be as genuine (or not) as we choose. It’s what we do with these apps that defines our authenticity.
Not everything you see on social media is fake, and it is unfair to say everyone on the Internet wants money, because that’s not true. Social media praise might have once been the key to your happiness, but that’s not what being a influencer is about for everyone. For me, it’s doing a job that I love and I am obsessed with. Social media gives me the opportunity to be creative, to make people laugh, and have my voice heard.

Facebook is facing an EU data probe over fake ads