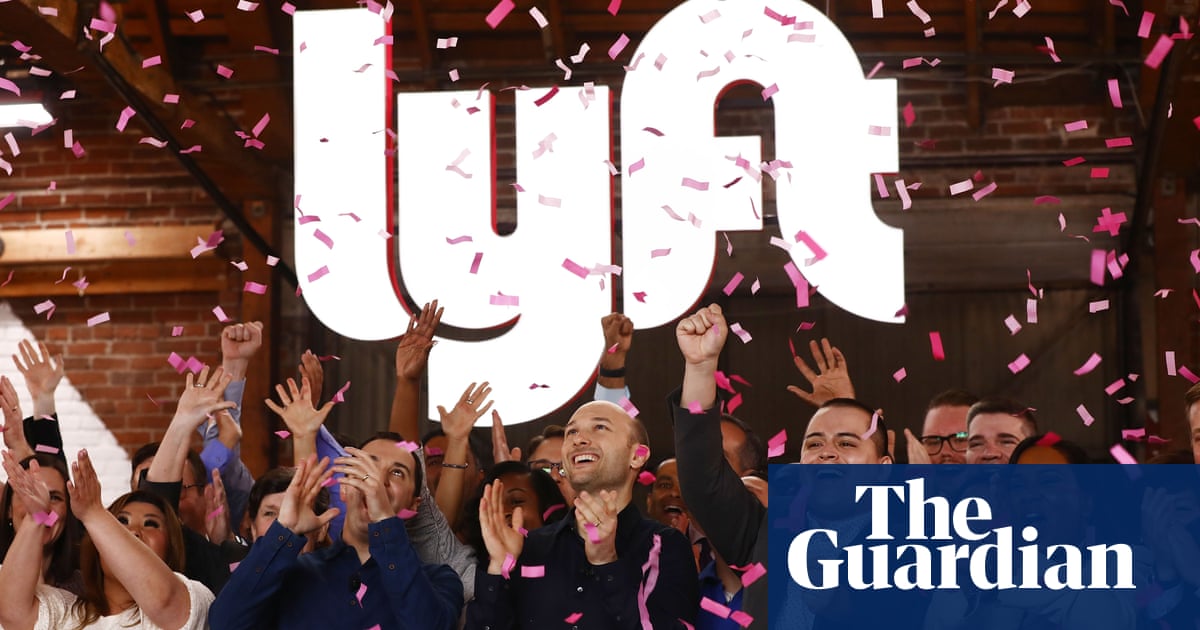 The ride-hailing company Lyft made its stock market debut on Friday and soared over 20% in the first few minutes of trading as investors snapped up the first in a series of hotly anticipated tech sales.

Lyft is the first of a raft of tech “unicorns” – private companies valued at over $1bn – set to make their initial public offerings this year, the share sale valued Lyft at $22bn, close to 10 times the value of rental giant Avis Budget.

The company said earlier this month that it hoped to put more than 30m shares up for sale, with an anticipated price of about $72 each. Within minutes of trading the shares had risen to $87.24 but ended the day at $78.02.

In the race to IPO, Lyft will beat out its rival Uber, which is currently valued at a jaw-dropping $120bn. In the realm of public opinion, Lyft has often come out on top as well. Uber has faced criticism over allegations of sexual harassment among its workforce, concerns over passenger safety, and campaigns to “#DeleteUber” over the past few years.

Lyft reported $2.2bn in revenue last year, more than double the $1.1bn the company made in 2017, according to financial details released for the first time this month. However, Lyft has lost almost $3bn since 2012, though it raised more than $5bn in venture capital.

In the days leading up to the public offering, Lyft drivers throughout California protested against what they described as unfair treatment of drivers.

“Drivers are being paid less money than they were in the past, working longer hours, and living farther away from where they drive,” Shona Clarkson, an organizer with Gig Workers Rising, said in a statement. “Board members and executives at Lyft are going to be rewarded with millions, while the drivers who provide the core service of this company will continue to be marginalized.”