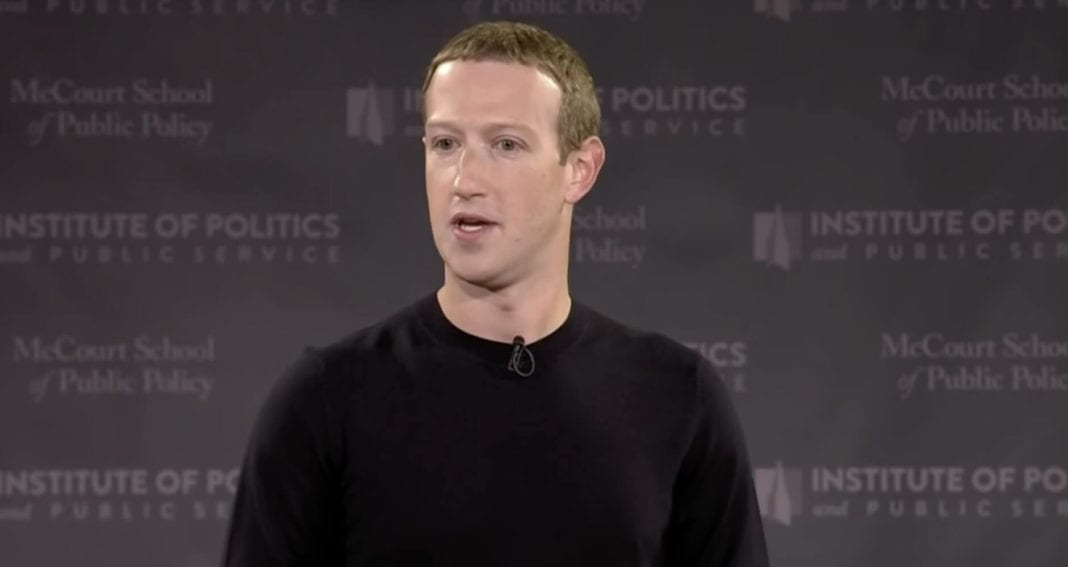 On Thursday, Mark Zuckerberg claimed that he began building an “early version” of Facebook because people weren’t “hearing a lot of important perspectives” about the Iraq War—an origin story that doesn’t ring true to anyone who remembers Facebook’s history.

Zuckerberg made the remarks at a speech about freedom of expression at Georgetown University.

Here’s how Zuckerberg described his intentions while building an “early version” of the social media platform.

Back when I was in college, our country had just gone to war in Iraq. The mood on our campus was disbelief. A lot of people felt like we were acting without hearing a lot of important perspectives. The toll on soldiers, families and our national psyche was severe, and most of us felt powerless to do anything about. I remember feeling that if more people had a voice to share their experiences, maybe things would have gone differently. Those early years shaped my belief that giving more people a voice gives power to the powerless and pushes society to be better over time.

Back then, I was just building an early version of Facebook for my community, but I got a chance to see my values and beliefs play out at a smaller scale. When students got to express who they were and what mattered to them, they started more student groups, they organized more businesses, and even challenged some established ways of doing things on campus. It taught me the lesson that while the a lot of the world often focuses on the big events and institutions, the bigger stories that most progress in our lives actually comes from individuals having more of a voice.

While Zuckerberg may be trying to paint Facebook’s origin with good intentions, the social media giant’s founding is actually a bit murkier.

Zuckerberg was asked to work on coding a social networking website by three classmates. Between November 2003 and February 2004 Zuckerberg reportedly told the classmates about delays with coding and eventually launched his own site, TheFacebook.com.

Before Facebook, Zuckerberg also created FaceMash, a website that let people rate photos of other students based on their attractiveness.

So while Zuckerberg may have claimed on Thursday that Facebook was built to give people a “voice” amid the tensions of the Iraq War, he also conveniently forgot about the bitter lawsuit claiming that he stole the idea.

It also appears to be the first time Zuckerberg told the origin story of the Iraq War inspiring Facebook, which given the tenuous position the social media giant is in America’s political system, appears to be a revisionist history Zuckerberg hopes will help his cause.

Mozilla Diagnoses the Health of the Global Internet

The Ghost of John Perry Barlow Lives in His Posthumous Memoir