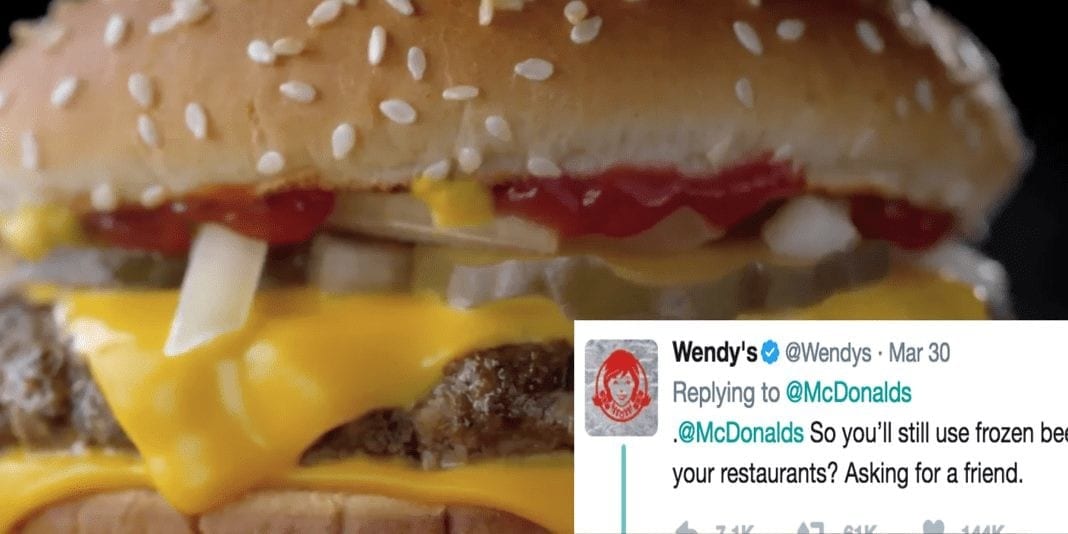 By the time you’re in charge of the McDonald’s Twitter account, you must really know what you’re doing right? After all, you’re creating content for 2.4 million followers. So it’s odd that whoever is running the account seemed to have zero idea how Twitter would react when thrown a softball like this:

Today we've announced that by mid-2018, all Quarter Pounder burgers at the majority of our restaurants will be cooked with fresh beef. pic.twitter.com/Bdf99ALlxw

It’s hard to tell if the people reacting to the tweet were legitimately confused or just trolling, but either way, the responses were swift and brutal.

@McDonalds as opposed to not so fresh?

@McDonalds fresh beef? So what has america been eating all this time? Im done with yall plus your ice cream machines never work.

Shoulda kept that to yourself to be honest, I got more questions than answers now @McDonalds

This lead to McDonald’s copying and pasting this reply:

@chrisnebeker Our 100% beef is ground, formed into patties & flash frozen to lock in flavor. Check out todays news:https://t.co/vUTdDSF1HK

@CStencel Our 100% beef is ground, formed into patties & flash frozen to lock in flavor. Check out todays news:https://t.co/vUTdDSF1HK

Over and over again.

@Turbo_Mike Our 100% beef is ground, formed into patties & flash frozen to lock in flavor. Check out todays news:https://t.co/vUTdDSF1HK

Even rival Wendy’s, which totally understood what McDonald’s meant by the tweet, couldn’t help but join in the fun (though Wendy’s could’ve used a copyeditor).

.@McDonalds So youll still use frozen beef in MOST of your burgers in ALL of your restaurants? Asking for a friend.

@DFusions @McDonalds Only when the ice cream machine isn't broken.

You know what they say: If you can’t stand the heat, stay out of the kitchenand off Twitter.