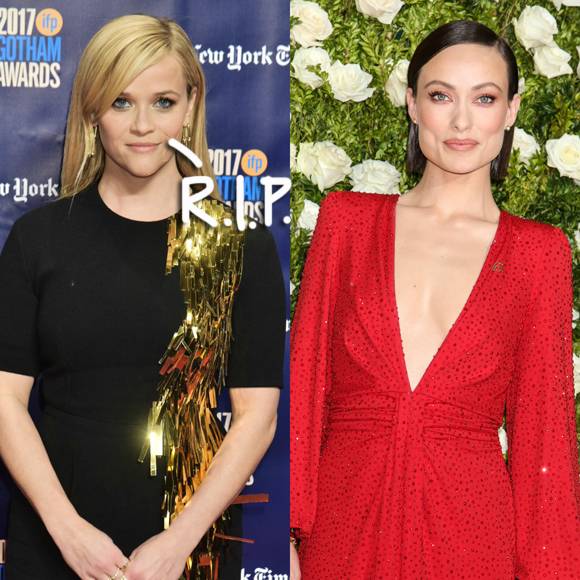 It’s hard to believe the shooting at Sandy Hook was five years ago.

On Thursday, celebrities took to

While this country has yet to see stricter gun control laws, that hasn’t stopped stars from also using their voices to call for an end to all the senseless violence!

Reese Witherspoon, Olivia Wilde, and more have spoken out on the fifth anniversary to do both:

I’m in tears remembering these little innocent lives that were lost #SandyHook . 5 years ago today. Praying for their families. Please can we have #gunsafetylaws ? What does it have to take ? @MomsDemand @Everytown https://t.co/bv7Z5lGWPQ
— Reese Witherspoon (@RWitherspoon) December 14, 2017

We tend to lump victims into groups and forget individual stories. Their pain is unique and significant. Thank you, @Nelba_MG, for sharing your story. Sending you all my love and strength today. #GunControlNow https://t.co/i2uHS2riQe
— olivia wilde (@oliviawilde) December 14, 2017

Thinking about the 20 sets of parents who were dropping their first graders at Sandy Hook Elementary right about now, 5 years ago, the 6 families of staff members who gave their lives for someone else’s children, and what they all have lived with every day since. RIP. #SandyHook
— Willie Geist (@WillieGeist) December 14, 2017

Today marks the fifth anniversary of the horrific tragedy at #SandyHook, which left a community mourning the lives of twenty children and six staff members. I will never forget the precious lives lost, which is why I continue to fight for common-sense gun safety reforms. https://t.co/hlyyHBoStV
— Kamala Harris (@KamalaHarris) December 14, 2017

Honoring those needlessly lost five years ago at #SandyHook. But it is a tragic story with an ending we can change. You can support @sandyhook at https://t.co/hrmmNWN1BQ so we can prevent #TomorrowsNews, today 🙏
— Lana Parrilla (@LanaParrilla) December 14, 2017

My cousin’s daughter was in 2nd grade, walking back to her classroom when the shots started. Sophia was lucky. 20 innocent children and 6 teachers lost their lives in Newtown, CT in that senseless massacre. Honor them today. #SandyHook5yrs
— Rob Marciano (@RobMarciano) December 14, 2017

Five years ago, 20 beautiful first graders were shot to death, with 6 teachers at #SandyHook school. Newtown is next to my village in Ct. I think of the children & their grieving families always & hope we can one day take measures to prevent the ‘next time’ pic.twitter.com/dZ4HnCmSgb
— Mia Farrow (@MiaFarrow) December 14, 2017

Five years after the devastating attack on teachers and children in Sandy Hook, we mourn them and remember them. America needs common-sense gun laws more than ever and we must not stop pushing until we get them.
— Bill Clinton (@BillClinton) December 14, 2017

5 years ago this morning, the unthinkable happened in Sandy Hook. Ask yourself today: what have I done since then, to make sure it never happens again?
— Chris Murphy (@ChrisMurphyCT) December 14, 2017

Our thoughts continue to be with all the victims of this horrible tragedy and their families.

Twitter Will Begin Hiding All Tweets From Suspect Accounts