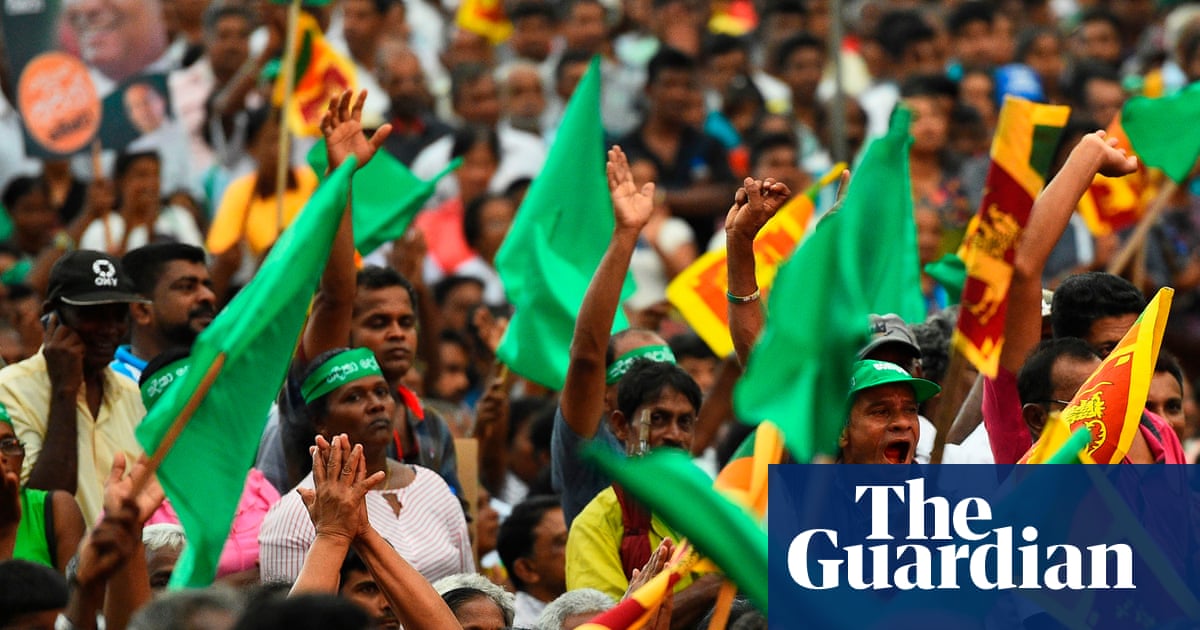 Sri Lankan civil society groups are sounding alarms about Facebook’s policies in advance of the country’s 16 November presidential election, with warnings that the company’s controversial decision to allow politicians to advertise misinformation is “inappropriate and incendiary to boot”.

Sanjana Hattotuwa, a senior researcher for the Centre for Policy Alternatives (CPA), on 7 November published a letter he had sent to Facebook on 30 September seeking additional support for civil society groups monitoring the election because he said he had received no response.

In the letter, he noted that Facebook has not launched in Sri Lanka all of the transparency tools for monitoring election ads that it built for other countries after the platform was used to carry out a Russian interference campaign in the 2016 US presidential election.

The partial suite of tools is “both entirely inadequate and unhelpful”, Hattotuwa wrote. “I see no valid reason for Facebook to treat Sri Lanka’s presidential election any differently than the Indian Lok Sabha [parliamentary] election, and thus, make available in Sri Lanka the same oversight and resources that were rapidly iterated for India.”

Other concerns about Facebook’s responsibility to the country have been raised by the chairman of the National Elections Commission (NEC) and People’s Action for Free and Fair Elections (Paffrel), a civil society group that has long monitored Sri Lanka’s elections. They have questioned whether and how Facebook will enforce the country’s law banning all political propaganda in the 48 hours before an election – a so-called “cooling period”.

“I don’t know how we can ensure all sorts of Facebook political campaigning activities are stopped after the ban on campaigning from midnight on Wednesday,” the NEC chairman, Mahinda Deshapriya, told the Sunday Times of Sri Lanka. Desphapriya also said he was “not satisfied” with Facebook’s record on “removing questionable content”.

Rohana Hettiarachchi, the executive director of Paffrel, wrote to Facebook on 11 November to convey the group’s “humble request to you to help us to control and mitigate Facebook related campaigning” during the cooling period before the election.

Hattotuwa also questioned why Facebook was allowing one political party to promote through advertising content that had been debunked by Facebook’s third-party factchecking partner in Sri Lanka, Agence France Presse (AFP). The advertisement “served to incite violence and hate against the Muslim community through thinly veiled racism”, he wrote.

Facebook’s decision to allow politicians to promote content that has already been rated false by third-party factcheckers has provoked widespread condemnation in the US and the UK since Nick Clegg, the company’s vice-president of global affairs, revealed the policy in a speech on 24 September. The company has staunchly defended the policy as a matter of democratic values and free expression, though Clegg said it would “draw the line at any speech which can lead to real world violence and harm”.

The advertisement in question contained viral misinformation that AFP Sri Lanka factchecked and deemed “false” on 6 September. Sinhala language posts used photographs of Buddhist statues lying on the ground to suggest that “Muslim extremists” had razed a Sri Lankan heritage site. AFP confirmed with the chief monk of the temple that no such attack had taken place. The photographs may have been taken during a pause in erection of the statues in 2017, when construction was halted to comply with local heritage laws.

Despite this debunking, an official Facebook page affiliated with Gotabaya Rajapaksa, the presidential candidate of the Sri Lanka People’s Front (SLPP), promoted a post featuring this narrative, Hattotuwa told the Guardian.

Facebook did not respond to queries about why the full suite of tools was not made available for Sri Lanka, or questions about and its policy of allowing politicians to advertise misinformation in Sri Lanka.

After publication of this article, it provided the following statement: “Over the last two years, we have dedicated unprecedented resources to fighting malicious activity on our platform and, in particular, to ensuring the integrity of elections on Facebook – including this week’s election in Sri Lanka. Our approach includes removing fake accounts, reducing the spread of misinformation, increasing ads transparency and promoting civic engagement. We have teams of people dedicated to protecting Sri Lanka’s upcoming elections, and we look forward to ensuring that Facebook can play a positive role in the democratic process.”

A spokeswoman for Facebook said that it is up to advertisers to comply with local election laws, such as the cooling period, but that if the company is made aware of an ad that violates local law, it will remove it.

Facebook has for years struggled to address anti-Muslim hate speech and incitement to violence in south-east Asia. Civil society groups, the United Nations and international human rights groups harshly criticized Facebook for failing to act when Buddhist extremists in Myanmar used Facebook to incite violence against the Muslim Rohingya minority amid a campaign of ethnic cleansing.

The Sri Lankan government criticized Facebook for failing to act on hate speech in 2018, when anti-Muslim riots by Buddhist extremists turned deadly. Officials criticized Facebook for failing to employ enough moderators who speak Sinhalese. Facebook did not respond to queries from the Guardian about how many staff it has monitoring the presidential election.

Hattotuwa said that the policy of allowing politicians to promote false information was “utterly, completely, wholly and indubitably inappropriate and incendiary to boot”. In defending the policy in the US, Facebook has pointed to the role of the news media to hold politicians accountable for lies or misinformation. But in Sri Lanka, he said, “The press hasn’t been able to counter false narratives simply because the press (and broadcast media) are often the primary producers of the same.

“Facebook isn’t responsible for the socio-political and other divisions in polity and society here,” he added, but the company’s products “amplify the worst of and amongst us.”

Mark Zuckerberg has been apologizing for online privacy problems since he was a student...

The New FaceApp Filter Is More Dangerous Than You Think