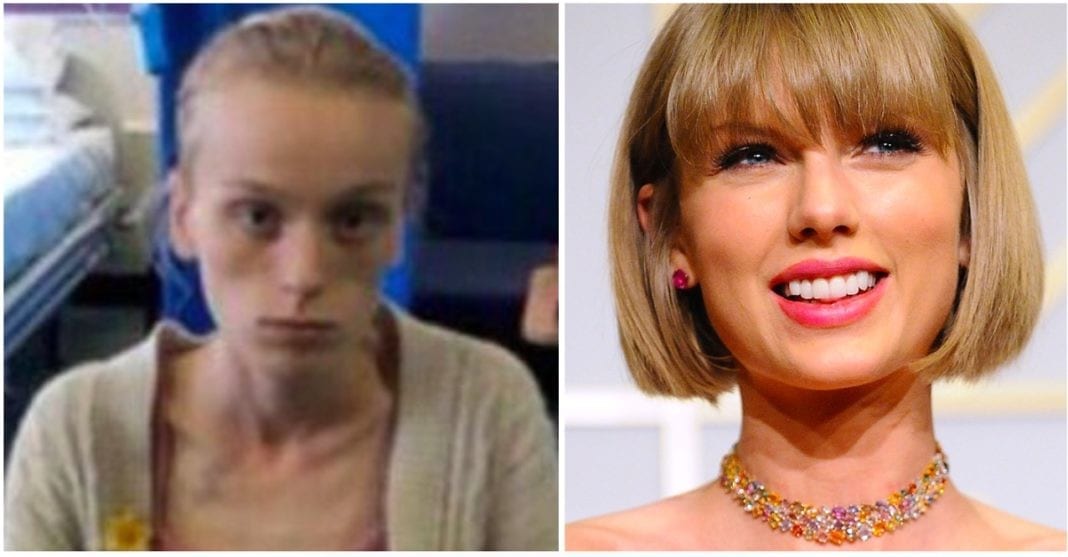 Mental health problems are an epidemic, and one-in-four of us will suffer from at least one at some point in our lives. That’s why it’s so important that we destigmatize mental illnesses because they will inevitably affect a handful of people we know, even if we are lucky enough to never suffer ourselves. After all, mental health problems can be just as debilitating as physical illnesses and should be treated as seriously.

The prevalence of mental health problems is, unfortunately, something which the rise of social media has not helped, especially amongst the younger generation. Puberty is a difficult time for most people, and this has been worsened by the impossible-to-obtain #Fitspo pics and #InstaReady selfies littering social media, which many teens fail to realize are not an accurate reflection of reality.

Lottie Hall from Manchester UK seems like a regular 21-year-old, except for the fact that she spent a significant portion of her high school years in the hospital. This was the result of her developing a severe mental illness that almost claimed her life.

Lottie suffers from an eating disorder. However, she has now been in recovery for a number of years – all thanks to a famous face.

She credits her survival to Taylor Swift for helping her get through the tough times.

Lottie claims she never had a good relationship with food and became anorexic at just 12 years old. Over time, the illness consumed her life, eventually getting to the point where she would only eat one piece of fruit per day, over-exercise, and take laxatives and diet pills.

It wasn’t until she was 15 that things got out of control and her mother took her to a doctor.

“I was rushed straight to the hospital and then diagnosed with anorexia. I then spent most of my time in the hospital. I wasn’t allowed internet and couldn’t see anyone apart from family a few times a week,” Lottie told Unilad.

To discover how social media actually saved one woman from anorexia, check out the video below:

“I struggled so much with believing I was worth recovery. I spent years hating myself and it was hard to learn to accept my body. Every day is a battle,” she continued. The battle became easier with the help of her favorite pop star, Taylor Swift.

Lottie clams she became a fan of Taylor’s music back in 2008 when her Fearless album came out. The music was so relatable for Lottie that is was like therapy for her. She says that each album marked a different point in her journey and that Taylor really became like a friend to her.

One song Lottie particularly identified with was ‘Tied Together With A Smile’.

“She openly said it was about a friend with an eating disorder. When I first listened to it I couldn’t breathe through all the tears; I just felt so connected to the lyrics. Like she understood what I was going through,” Lottie said.

Lottie feels as though she grew up with Taylor, maturing and recovering from her anorexia just as Taylor matured as a musician. Without many friends, Lottie felt very connected to Taylor and hopes one day to meet her to thank her for seeing her through her recovery.

This is how much one woman ate a day to recover from anorexia:

Taylor has a reputation for being kind to her fans and has often made surprise visits, so perhaps Lottie will be next. Lottie says that being able to see Taylor on her Red tour gave her hope to keep going. It reminded her that she could be happy again.

“I remember every meal and every snack that I struggled with, I just thought of seeing Taylor and it helped me get through. Seeing her was amazing. Luckily it wasn’t long after that I finally left the hospital. I was aged 17,” Lottie told Unilad.

“Recovery was the hardest thing I’ll ever have to do, but it made me a stronger person. It took me years and didn’t stop when I left the hospital. Even four years later I have good days and bad days but I am a million times better than I was,” she added.

Lottie is out of the hospital and doing well. She’s still a huge Taylor Swift fan and has even posted on Twitter about her journey and to thank Taylor for “being a friend when I had none.” We wish Lottie all the best in the future.

And here’s hoping Taylor sees the tweet and responds soon!

While You Were Offline: But, Existentially Speaking, Who Is Tina Fey?

The Hairy Problem With Drug Testing