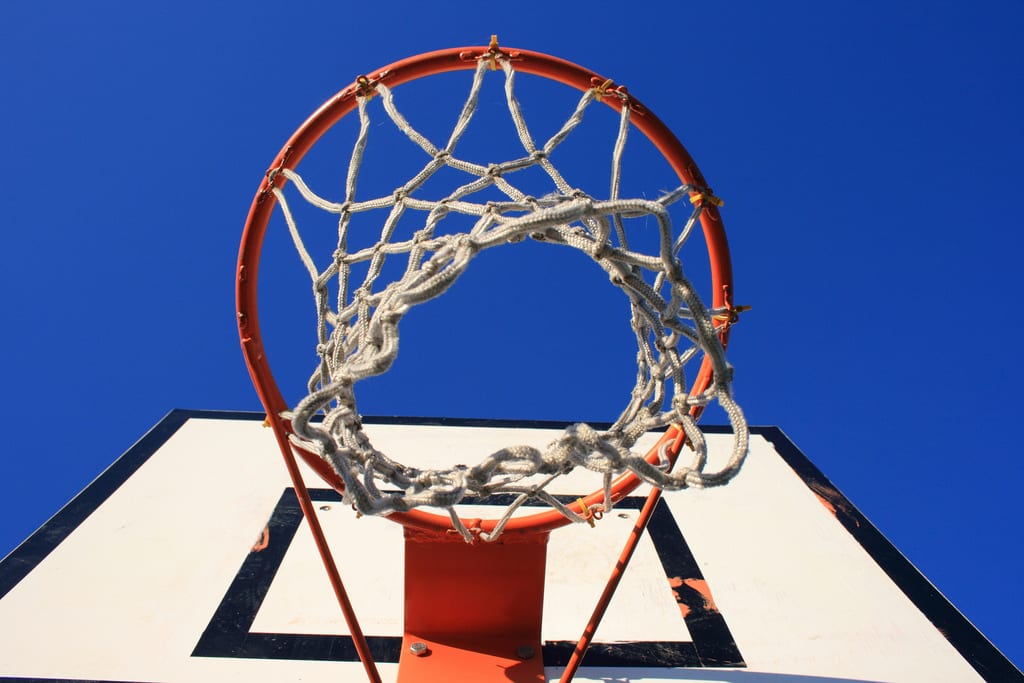 Twitter is already working with the NBA to stream video of pre-game warm-ups, in-game and post-game highlights and post-game behind-the-scenes content. Now, the company will for the first time ever stream live NBA action — with a twist. In partnership with the NBA, Twitter will introduce an alternate camera angle view during the second half of the live game, one that’s focused on a single player.

That’s right: NBA fans on Twitter won’t get to hear commentary, or watch the full game — the stream will only go live in the second half.

And they’re not watching the full game action — the stream will be focused on a single player in an isolated camera view.

That may sound like those watching Twitter are getting short-changed, but that is not the full story, according to Adam Silver, the commissioner of the NBA who spoke about the deal today onstage at CES in Las Vegas alongside Twitter CEO Jack Dorsey.

A key goal with this deal is to make the experience less like tuning into a live sporting event and more like a social activity, tapping into more platforms where younger users are spending time in a moment where, by many accounts, traditional TV is dying.

“There are a lot of people out there who may not be accessing our games,” said Silver.

“Many of them don’t subscribe to cable TV and that is the transition,” he added. The deal, he said, aims at “cord cutters who aren’t subscribing to pay TV… but still consume massive amounts of NBA content. This gives them the opportunity to see live video” in another place, in complement to the other places such as live streams online. “The best position we can be in is to say here is our content, go at it.”

Dorsey highlighted how basketball was a fitting first-go for this kind of sports content on Twitter, given some of Twitter’s own DNA.

`The NBA fits so well because of the quick pace and how fast things can change,” he said. “The real-time aspect has been a core to almost everything we do.”

There will also be, of course, a social element to how the content is utilized.

The NBA will hold a vote on Twitter to ask fans which player the camera will focus on during the second half.

The way this will work is that fans will be given choices of players for the camera to follow in the second half. They’ll have through halftime to place their votes.

And then, while the camera follows the player during the second half, there will be additional NBA commentary from talent who will provide Twitter commentary.

“Twitter conversation has always been a complement to live action on TV. This groundbreaking partnership makes that complementary experience even richer, bringing additional views fans want to see, and the conversation around the game all together in one place,” said Laura Froelich, senior director, head of U.S. Content Partnerships at Twitter, speaking at CES.

It sounds like this could be laying the groundwork for how Twitter might potentially offer a credible alternative to broadcasting a full game of basketball, or other sports, for that matter. At a time when getting full-game streaming (not broadcast) rights comes with a multi-billion-dollar price tag, any way that Twitter can find to bypass that but still capture some of that audience, while helping sports organizations figure out how to grow their own audiences, is worth exploring.

Twitter will license the streams from the NBA and Turner, which holds the rights to the full, live games. It’s not disclosing the price it’s paying to do this, but it will try to recoup and profit on whatever the value is: Twitter will also attempt to sell advertising around them, on a revenue-share basis with the organizations.

The deal makes Twitter the first social platform to live-stream games in the U.S. — even if it’s only the second half.

“For us, [Twitter has been] an amazing innovation partner. And I also think, just given the fact that it’s such a real-time platform, it’s wherethe crux of all our conversations are happening. It just makes too much sense,” said Sam Farber, VP, Digital Media at the NBA.

Eight visions of Facebook’s future from its F8 conference