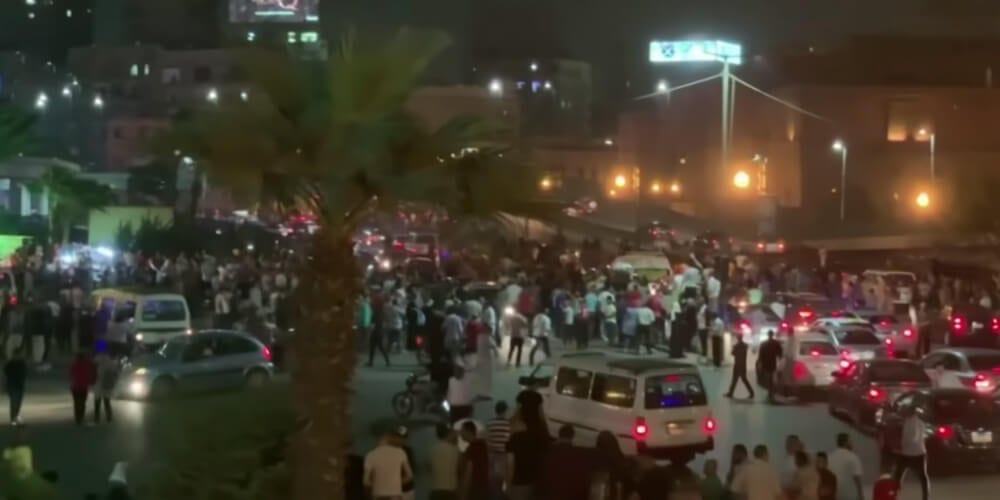 Twitter said that it suspended many of those accounts by “mistake,” according to Eskandar’s report.

“Twitter is no longer empowering its users. Its platform cannot be considered neutral,” Eskandar wrote in the Open Democracy report. “Twitter’s actions suggest it is systematically suppressing voices in the Middle East and North Africa (MENA) region.”

The protests, calling for the removal of el-Sisi, were kicked off as a result of a former construction executive, named Mohamed Ali, exposing el-Sisi’s corruption through videos he posted to social media. His video messages reportedly illustrated how the government was mishandling funds. Ali, who worked on a number of projects with the Egyptian military, said he fled the country out of fear that the government would retaliate.

Protesters who were using social media to speak out against the corruption began to lose their voices as Twitter started suspending their accounts.

Eskandar said he discovered “a mass censorship algorithm that targeted users who use Arabic flagging their text as hateful conduct” on Twitter.

Eskandar said he was made aware of the censorship after Twitter user @Ganzeer, a graffiti artist, announced that his account had been suspended. And then, others followed suit.

Twitter said Ganzeer’s account was suspended for “using a trending or popular hashtag with an intent to subvert or manipulate a conversation or to drive traffic or attention to accounts, websites, products, services, or initiatives,” per Eskandar.

While some accounts have since been restored, two of the accounts in question remain suspended. (They did not appear on Saturday afternoon when the Daily Dot ran a search for them.)

“Over the past period, while conducting routine checks on spam activities and other applications of Twitter rules, a number of accounts from Egypt were suspended by mistake. We apologize for that,” Twitter wrote on Oct. 10, per Eskandar.

Trump’s tweet queries how special our relationship should be

How Facebook’s memory can affect your emotional wellbeing