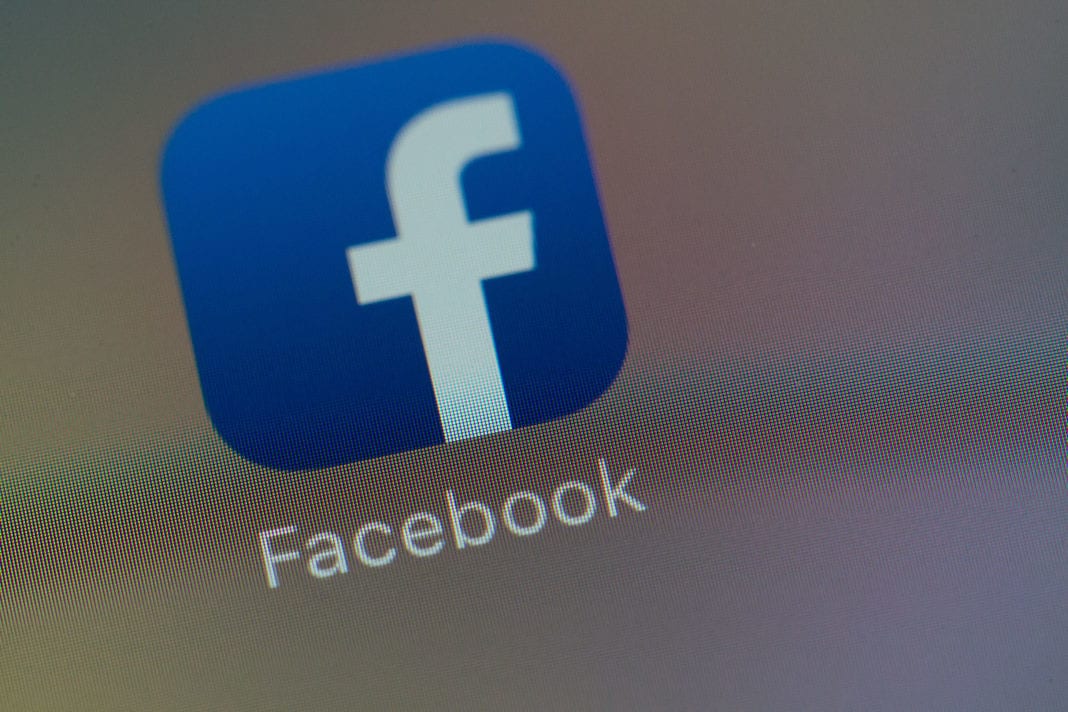 Stephen Yaxley-Lennon, a Far Right UK activist who was permanently banned from Facebook last week for repeatedly breaching its community standards on hate speech, was nonetheless able to use its platform to livestream harassment of an anti-fascist blogger whom he doorstepped at home last night.

I've spent the last few months documenting how 'Tommy Robinson’ uses doorstepping to intimidate his critics, and how social media giants have enabled it.

So what does he do? Turns up at my house tonight. 1/ pic.twitter.com/NBB4B636eY

In recent years Yaxley-Lennon, who goes by the moniker ‘Tommy Robinson’ on social media, has used online platforms to raise his profile and solicit donations to fund Far Right activism.

He has also, in the case of Facebook and Twitter, fallen foul of mainstream tech platforms’ community standards which prohibit use of their tools for hate speech and intimidation. Earning himself a couple of bans. (At the time of writing Yaxley-Lennon has not been banned from Google-owned YouTube .)

Though circumventing Facebook’s ban appears to have been trivially easy for Yaxley-Lennon, who, as well as selling himself as a Far Right activist called “Tommy Robinson”, previously co-founded the Islamophobic Far Right pressure group, the English Defence League.

Giving an account of being doorstepped by Yaxley-Lennon in today’s Independent, Stuchbery writes: “The first we knew of it was a loud, frantic rapping on my door at around quarter to 11 [in the evening]… That’s when notifications began to buzz on my phone — message requests on Facebook pouring in, full of abuse and vitriol. “Tommy” was obviously livestreaming his visit, using a friend’s Facebook account to circumvent his ban, and had tipped off his fans.”

A repost (to YouTube) of what appears to be a Facebook Live stream of the incident corroborates Stuchbery’s account, showing Yaxley-Lennon outside a house at night where can be seen shouting for “Mike” to come out and banging on doors and/or windows.

He can also be heard making insinuating remarks to the unidentified passerby about what he claims are Stuchbery’s “wrong” sexual interests.

In another tweet today Stuchbery describes the remarks are defamatory, adding that he now intends to sue Yaxley-Lennon.

A couple of things: First, let me assure you, I take my reputation very, very seriously. For 'Tommy’ to call me a paedophile is defamatory in the extreme. We've got it on video. See you in court, 'Tommy’. /9

Stuchbery has also posted several screengrabs to Twitter, showing a number of Facebook users who he is not connected to sending him abusive messages — presumably during the livestream.

At the same time, messages came flooding in via social media. Despite being banned by Facebook, he was using a mate's account to stream – and the abuse came flooding in. /5 pic.twitter.com/doyzinSewO

In a second livestream, also later reposted to YouTube, Yaxley-Lennon can be heard apparently having returned a second time to Stuchbery’s house, now at around 5am, to cause further disturbance.

Stuchbery writes that he called the police to report both visits. In another tweet he says they “eventually talked ‘Tommy’ into leaving, but not before he gave my full address, threatened to come back tomorrow, in addition to making a documentary ‘exposing me’”.

I called the police – who wouldn't? They came and eventually talked 'Tommy’ into leaving, but not before he gave my full address, threatened to come back tomorrow, in addition to making a documentary 'exposing me’. /7

We reached out to Bedfordshire Police to ask what it could confirm about the incidents at Stuchbery’s house and the force’s press office told us it had received a number of enquiries about the matter. A spokeswoman added that it would be issuing a statement later today. We’ll update this post when we have it.

Update: Bedfordshire Police have now sent the following statement regarding the incidents:

We were called to reports of a man causing a disturbance outside a house in Spurcroft, Luton at around 10.52pm on Monday (4 March) and again at around 5:21am on Tuesday (5 March). Officers attended and we are now establishing the circumstances around both incidents so we can determine whether any offences have been committed.

Stuchbery also passed us details of the account he believes was used to livestream the harassment — suggesting it’s linked to another Far Right activist, known by the moniker ‘Danny Tommo’, who was also banned by Facebook last week.

Though the Facebook account in question was using a different moniker — ‘Jack Dawkins’. This suggests, if the account did indeed belong to the same banned Far Right activist, he was also easily able to circumvent Facebook’s ban by creating a new account with a different (fake) name and email.

We passed the details of the ‘Jack Dawkins’ account to Facebook and since then the company appears to have suspended the account. (A message posted to it earlier today claimed it had been hacked.)

Which makes high profile ‘Facebook bans’ of hate speech activists mostly a crisis PR exercise for the company. And indeed easy PR for Far Right activists who have been quick to seize on and trumpet social media bans as ‘evidence’ of mainstream censorship of their point of view — liberally ripping from the playbook of US hate speech peddlers, such as the (also ‘banned’) InfoWars conspiracy theorist Alex Jones. Such as by posting pictures of themselves with their mouths gagged with tape.

Such images are intended to make meme-able messages for their followers to share. But the reality for social media savvy hate speech activists like Jones and Yaxley-Lennon looks nothing like censorship — given how demonstrably easy it remains for them to circumvent platform bans and carry on campaigns of hate and harassment via mainstream platforms.

We reached out to Facebook for a response to Yaxley-Lennon’s use of its livestreaming platform to harass Stuchbery, and to ask how it intends to prevent banned Far Right activists from circumventing bans and carrying on making use of its platform.

The company declined to make a public statement, though it did confirm the livestream had been flagged as violating its community standards last night and was removed afterwards. It also said it had deleted one post by a user for bullying. It added that it has content and safety teams which work around the clock to monitor Live videos flagged for review by Facebook users.

It did not confirm how long Yaxley-Lennon’s livestream was visible on its platform.

Stuchbery, a former history teacher, has garnered attention online writing about how Far Right groups have been using social media to organize and crowdfund ‘direct action’ in the offline world, including by targeting immigrants, Muslims, politicians and journalists in the street or on their own doorsteps.

But the trigger for Stuchbery being personally targeted by Yaxley-Lennon appears to be a legal letter served to the latter’s family home at the weekend informing him he’s being sued for defamation.

Stuchbery has been involved in raising awareness about the legal action, including promoting a crowdjustice campaign to raise funds for the suit.

The litigation relates to allegations Yaxley-Lennon made online late last year about a 15-year-old Syrian refugee schoolboy called Jamal who was shown in a video that went viral being violently bullied by white pupils at his school in Northern England.

Yaxley-Lennon responded to the viral video by posting a vlog to social media in which he makes a series of allegations about Jamal. The schoolboy’s family have described the allegations as defamatory. And the crowdjustice campaign promoted by Stuchbery has since raised more than £10,000 to sue Yaxley-Lennon.

The legal team pursuing the defamation litigation has also written that it intends to explore “routes by which the social media platforms that provide a means of dissemination to Lennon can also be attached to this action”.

The video of Yaxley-Lennon making claims about Jamal can still be found on YouTube. As indeed can Yaxley-Lennon’s own channel — despite equivalent pages having been removed from Facebook and Twitter (the latter pulled the plug on Yaxley-Lennon’s account a year ago).

We asked YouTube why it continues to provide a platform for Yaxley-Lennon to amplify hate speech and solicit donations for campaigns of targeted harassment but the company declined to comment publicly on the matter.

It did point out it demonetized Yaxley-Lennon’s channel last month, having determined it breaches its advertising policies.

YouTube also told us that it removes any video content that violates its hate speech policies — which do prohibit the incitement of violence or hatred against members of a religious community.

But by ignoring the wider context here — i.e. Yaxley-Lennon’s activity as a Far Right activist — and allowing him to continue broadcasting on its platform YouTube is leaving the door open for dog whistle tactics to be used to signal to and stir up ‘in the know’ followers — as was the case with another Internet savvy operator, InfoWars’ Alex Jones (until YouTube eventually terminated his channel last year).

Until last week Facebook was also ignoring the wider context around Yaxley-Lennon’s Far Right activism — a decision that likely helped him reach a wider audience than he would otherwise have been able to. So now Facebook has another full-blown hate speech ‘influencer’ going rogue on its platform and being cheered by an audience of followers its tools helped amass.

There is, surely, a lesson here.

Yet it’s also clear mainstream platforms are unwilling to pro-actively and voluntarily adapt their rules to close down malicious users who seek to weaponize social media tools to spread hate and sew division via amplified harassment.

But if platforms won’t do it, it’ll be left to governments to curb social media’s antisocial impacts with regulation.

And in the UK there is now no shortage of appetite to try; the government has a White Paper on social media and safety coming this winter. While the official opposition has said it wants to create a new regulator to rein in online platforms and even look at breaking up tech giants. So watch this space.

Public attitudes to (anti)social media have certainly soured — and with livestreams of hate and harassment it’s little wonder.

“Perhaps the worst thing, in the cold light of day, is the near certainty that the “content” “Tommy” produced during his stunt will now be used as a fundraising tool,” writes Stuchbery, concluding his account of being on the receiving end of a Facebook Live spewing hate and harassment. “If you dare to call him out on his cavalcade of hate, he usually tries to monetize you. It is a cruel twist.

“But most of all, I wonder how we got in this mess. I wonder how we got to a place where those who try to speak out against hatred and those who peddle it are threatened at their homes. I despair at how social media has become a weapon wielded by some, seemingly with impunity, to silence.”