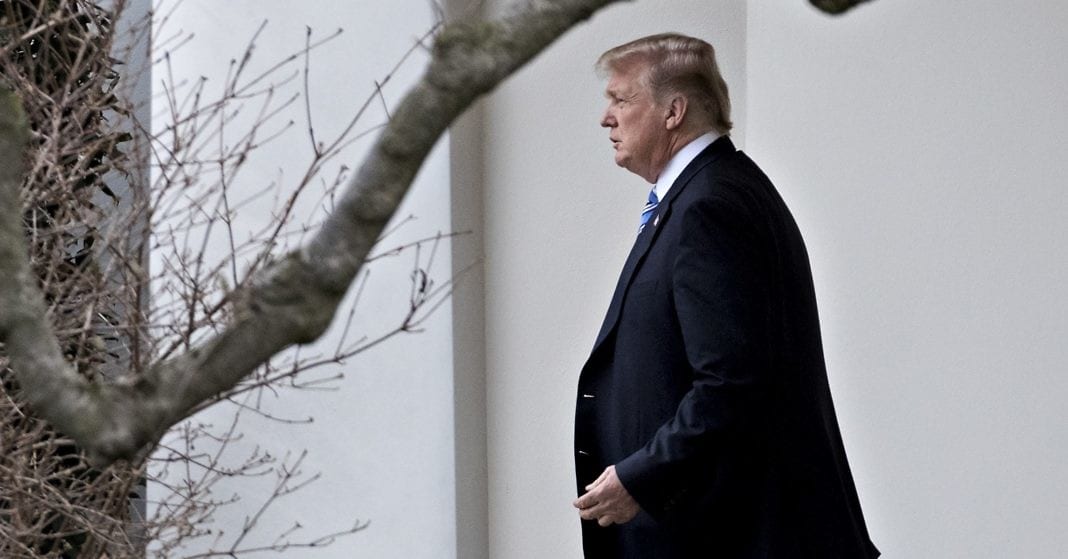 Special Counsel Robert Mueller released a bombshell indictment Friday, implicating 13 Russian nationals and detailing a multi-year, costly, and widespread effort to influence the 2016 presidential election. At the center of that effort were Facebook and its subsidiary Instagram, which the Russian Internet Research Agency (IRA) used to recruit American followers, plan real-life rallies, and spread propaganda about issues like religion, immigration, and eventually Hillary Clinton and Donald Trump.

Facebook and Instagram were mentioned in the indictment far more times—41—than other online platforms like Twitter, YouTube, and PayPal, which were each mentioned less than 12 times. Still, Rob Goldman, Facebook’s vice president of advertising, tweeted Friday that Russia’s ultimate goal “very definitively” was not to influence the election, but to “divide America by using our institutions, like free speech and social media.”

On one hand, Goldman is correct: Russia certainly aimed to deepen partisan divides and stir up chaos. But he is incorrect to assert that the Russians were not interested in influencing the election. That idea is at odds with both what we know about Russia’s use of social-media platforms and with Mueller’s indictment itself. For example, Goldman overlooked the massive impact Russians had with ordinary posts, as opposed to paid ads. Most important, he also appears to misunderstand what the Russians really used the ads for.

Saturday, President Trump seized on Goldman’s tweets to argue that Russia didn’t influence the election. The president implied that media organizations were falsely reporting that it had.

Goldman maintains that the Russians were not trying to influence the election, in part, because they organized protests on "both sides," which is true. Some of the Russians’ propaganda efforts were designed simply to cause confusion, distrust, and sow division. However that doesn't mean they weren't also attempting to do everything in their power to ensure Clinton wasn’t elected. The IRA had dozens of full-time employees and spent over $1 million a month on its efforts, according to the indictment.

Mueller’s indictment clearly indicates Russia’s operatives were aiming to influence the 2016 election against Clinton, and in favor of Trump and Bernie Sanders, a task they began working on as early as 2014. Russian operatives were instructed to “use any opportunity to criticize Hillary and the rest (except Sanders and Trump—we support them),” according to the indictment. The operatives behind the Facebook group “Secured Borders” were even criticized for not having enough posts dedicated to disparaging Clinton.

Most troubling, the Russians encouraged minority groups like African Americans to stay away from the polls. In October 2016, an Instagram account called “Woke Blacks” published a messaging saying that voting for Hillary was “the lesser of the two devils…we’d surely be better of without voting AT ALL,” according to the indictment.

“It’s far more concerning that they were taking and targeting groups to remove them from the process of voting,” says Jonathan Albright, research director at Columbia University's Tow Center for Digital Journalism, who has been tracking Russia’s propaganda efforts since before the election. “It underscores the fact that you don’t know whether people are inauthentic or real.”

Goldman’s tweets not only contradict the indictment, they also indicate he doesn’t understand the true purpose of the ads. "The ads were just to get the ball rolling on this and to find the right people. It was really just an efficiency thing," says Albright. “All the ads did and all they were meant to do was to refine targeting. It initiated the process of persuasion over long periods of time, like two years.” In other words, the ads were just designed to get people to like certain Facebook pages or to follow specified Instagram accounts. They themselves weren’t always designed to be the propaganda, but instead meant to lure people in.

The propaganda was often distributed later. For example, one ad innocuously instructed people to follow a Facebook page if they were a follower of Jesus, but the page later spread a meme of Hillary Clinton with devil horns.

But the Russians’ influence was even broader, because of how other Facebook users reacted to their posts. Posts on just six of the IRA’s most popular Facebook pages received 340 million shares and nearly 20 million interactions, including likes, comments, page shares, and emoji reactions, according to Albright’s analysis. The Russians were similarly successful on Instagram: A single Russia-linked account received nearly 10 million interactions from January 2016 to August 2017.

Albright was careful to say the Russians may have gamed Facebook’s algorithms in order to produce such high engagement. It’s also possible that there are cracks in the way that Facebook measures user engagement, according to Albright. “There’s no question that some of these metrics and some of these total numbers of shares are inflated,” he says.

Since it was discovered that the Russians used Facebook to influence the election, the company has hired thousands more people to monitor ads and has also crafted stricter policies for buying political advertisements. “We proactively disclosed the IRA activity and have worked with investigators to give the public a fuller understanding of what occurred,” Joel Kaplan, Facebook’s vice president of Global Policy said in an emailed statement He added that Facebook is working closely with federal agencies, including the FBI, “on better ways to protect our country and the people on our platform.”

But at least one of the company’s top executives still seems unable to fully grasp with how Facebook was used to influence the election organically. Facebook did not respond to a follow-up request for comment regarding Goldman’s tweets. His statements only address Russia’s purchase of online ads, which, of course, is the focus of his job. But he fails to mention other ways Russia co-opted Facebook and makes it appear as though there are simple ways to resolve issues about foreign meddling online. In reality, Facebook, Congress, and the US public are still grappling with how Russia weaponized internet platforms to influence an election.

“There's literally propaganda all over their platform still,” says Albright. “Some of these memes are still getting circulated, they're very easy to find.”

Many fake news peddlers didn’t care if Trump won or lost the election. They only wanted to pocket money. But the consequences of what they did shook the world. This is how it happened.

Beware the smart toaster: 18 tips for surviving the surveillance age

These Instagram Accounts Keep It Real By Showing What Celebs Fake

Facebook is changing the News Feed again, and publishers should be worried