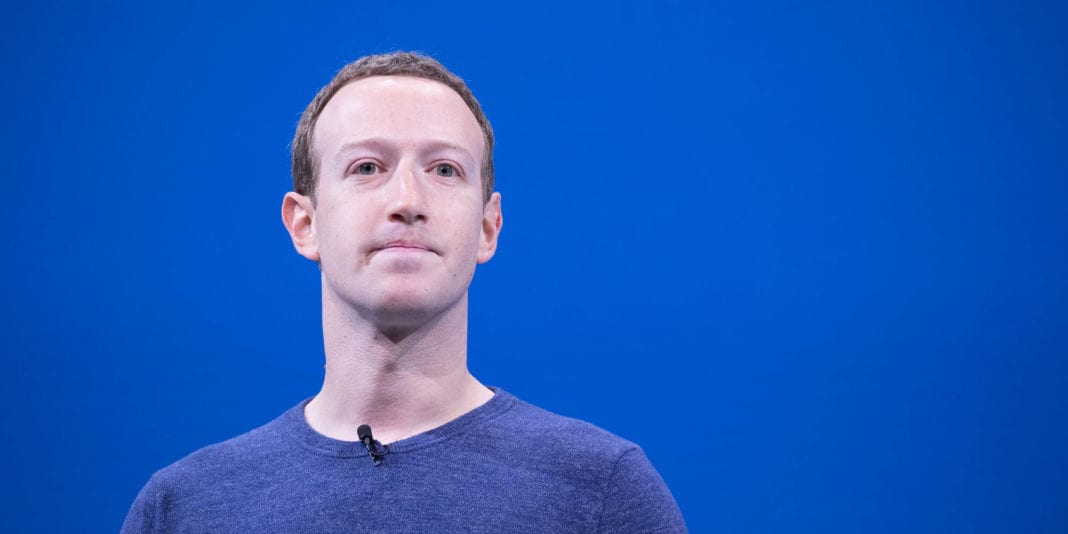 Earlier this month, while laying out his vision for free speech, Facebook CEO Mark Zuckerberg claimed that the social media platform was created to give a “voice” to people amid the tensions of the Iraq War.

The only problem with that claim? It doesn’t match up with what anything he’s said in the past–and people have been calling him out on it.

Zuckerberg gave this bit of revisionist history when making a speech at Georgetown University.

“Back when I was in college, our country had just gone to war in Iraq. The mood on our campus was disbelief. A lot of people felt like we were acting without hearing a lot of important perspectives,” Zuckerberg said. “The toll on soldiers, families and our national psyche was severe, and most of us felt powerless to do anything about. I remember feeling that if more people had a voice to share their experiences, maybe things would have gone differently.”

“Those early years shaped my belief that giving more people a voice gives power to the powerless and pushes society to be better over time. Back then, I was just building an early version of Facebook for my community, but I got a chance to see my values and beliefs play out at a smaller scale. When students got to express who they were and what mattered to them, they started more student groups, they organized more businesses, and even challenged some established ways of doing things on campus. It taught me the lesson that while a lot of the world often focuses on the big events and institutions, the bigger stories that most progress in our lives actually comes from individuals having more of a voice.”

The Iraq War began in 2003, and Facebook launched in February 2004—then called TheFacebook—as a website available to Harvard University students.

While Zuckerberg now may be applying altruistic motives to the social media giant’s foundation, he was singing a different tune when the site launched.

During a 2004 interview with CNBC as a 19-year-old, Zuckerberg called the site an “online directory that connects people through universities and colleges through their social networks there,” and that it was somewhere that people could “browse around and see who’s people’s friends are, and just check out people’s online identities, see how people portray themselves, and find some interesting information about people.”

It wasn’t that profoundly iterative from his first invention. In 2003, Zuckerberg built Facemash, a website that let you rank pictures of Harvard University students.

In a 2006 interview with the Today Show, Zuckerberg said he “just figured it would be really cool if there was some website that I could go to that would tell me a bunch of information about my friends and the people around me,” according to CNBC.

Zuckerberg told the Harvard Crimson student newspaper that Friendster, a popular social media site at the time, was a model for his site.

Both of those reasons are a far cry from giving people a “voice” amid the Iraq War.

In fact, arguably the most visible way for people to post about their concerns—the status update—was not part of the original launch. The “wall” feature for Facebook users came in September 2004.  The website wasn’t extended beyond users with an educational email address until 2006.

The way to see what others were thinking, Facebook’s News Feed, wasn’t introduced until September 2006, the same year the website became open to everyone. (The News Feed was met with backlash by users, eventually leading Zuckerberg to say that the company “really messed this one up,” according to Wired).

The company dropped the “is” fixture in status updates (allowing people to post their own updates without “is” attached to the beginning of it) in 2007.

And the way people used it had nothing to do with activism in its early days.

Many people have called out Zuckerberg’s attempt to link the Iraq War and the founding of Facebook, including Rep. Ruben Gallego (D-Ariz.), who told the Washington Post that the idea was “completely false” and an “excuse to regulate himself.”

“I was at Harvard with Mark and have one of the first facebook accounts,” Gallego tweeted. “I was the only reservist on the campus and was keenly aware of the Iraq Debate on campus. This is no where near the truth, it was designed to be and easier cleaner MySpace based off our House books.”

I was at Harvard with Mark and have one of the first facebook accounts. I was the only reservist on the campus and was keenly aware of the Iraq Debate on campus. This is no where near the truth, it was designed to be and easier cleaner MySpace based off our House books. https://t.co/AzsuzWUh7X

The Iraq War narrative also leaves out how Zuckerberg was accused of stealing the idea for Facebook from former classmates at Harvard University.

Zuckerberg was asked to work on coding for a website three classmates hoped to create. For several months between 2003 and early 2004, Zuckerberg reportedly told them that would be delays in getting the coding done before eventually launching TheFacebook.com.

The classmates sued Zuckerberg, but the suit was eventually dropped and they accepted a settlement.

All in all, it’s pretty clear that giving people a voice amid the Iraq War doesn’t seem to be the original intention of creating Facebook.

This Twitter prank is locking people out of their accounts