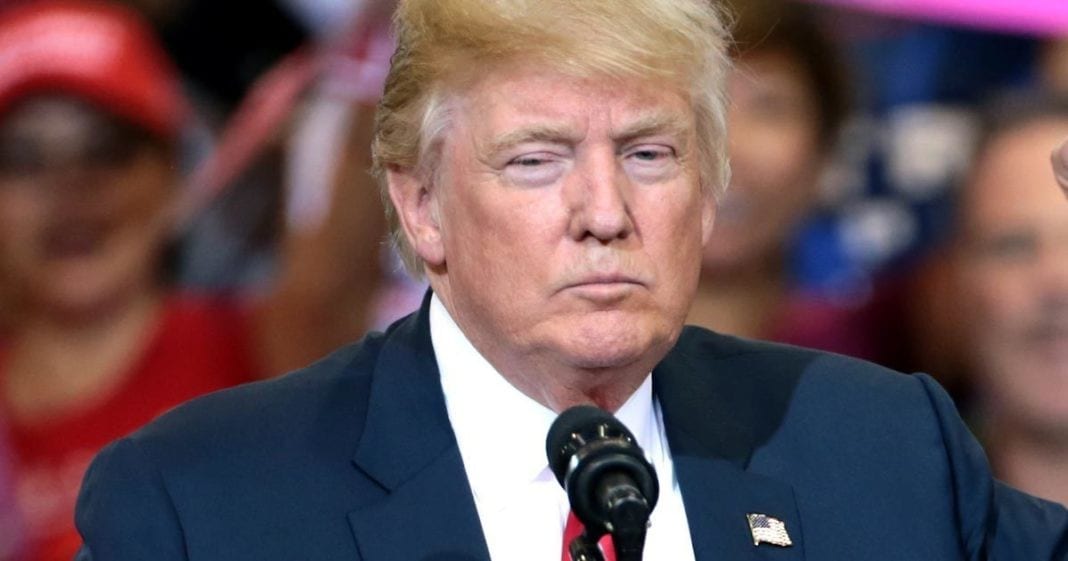 Hi! I’m writing to you from day 116 of the Trump presidency, a period future historians will refer to as “Oh God, We’re Not Even Through Half A Year Yet?” My social media feeds are currently dominated by discussion, gossip, and flat-out panic over both Trump’s firing of FBI Director James Comey and Trump’s leaking of classified information to Russia. A few days earlier everyone was concerned that Trump was going to start a nuclear war with North Korea, and God only knows what the next scandal will be. Maybe Trump cuts trade with Ireland because Kathy Ireland said something mean about him. Anyway, the current mood is … not optimistic. 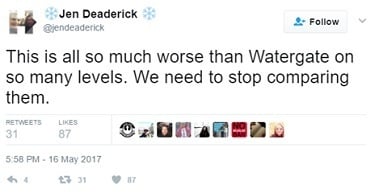 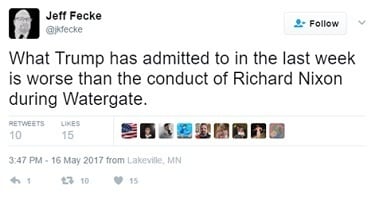 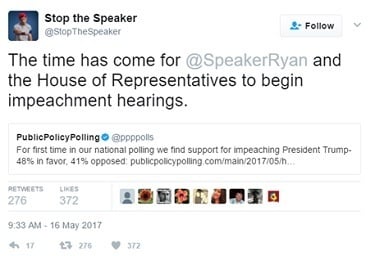 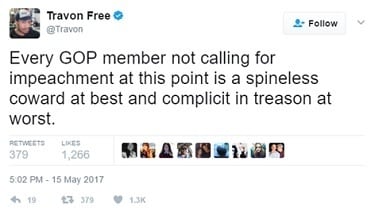 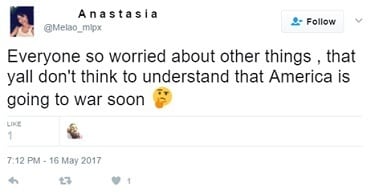 There are thousands more, and that’s all from one single day of the news cycle. Trump has made dozens of ridiculous headlines since coming to power, and there have been endless overreactions to every single one. Every new day brings, to some people, definitive proof that the Republic has fallen or undeniable evidence that Trump should, nay, must be impeached. When that doesn’t happen, they’re either relieved that America still functions or distraught that evil incarnate remains in office, and the emotional roller coaster begins all over again.

That’s how social media works, of course — the most lurid statements rise to the top like shit cream, while any attempt at nuance is ignored because calm, rational thought can’t be crammed into 140 characters and emojis. So every single day we’re told that America is teetering on the edge of ruin and that we should be in a constant state of national existential dread.

… forgets that Watergate wasn’t a moment. The criminal activity began in early 1972. Nixon resigned on August 8, 1974. In between was a daily grind of reporting and protests and people going on with their lives — none of which benefited from panicky overreactions about how the nation was doomed. So buckle in for the long haul. Whatever comes from recent exhausting events, and all the exhausting events of the future, it’s unlikely to happen overnight.

But social media doesn’t thrive on people quietly grinding through their days. It thrives on alarmism, on making every day sound like the most elaborate and shocking episode yet in the soap opera that is reality. And that depresses people because if you gaze too long into the abyss, the abyss asks Mike Huckabee to tell you a shitty “joke.” 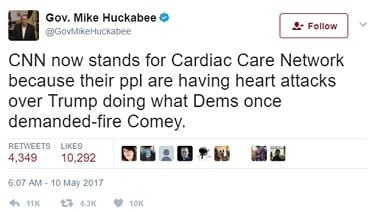 Constant outrage and fear are not healthy. It makes people stressed, tired, and sad. And it makes people wonder when something will be done. Well, things have been done. But you aren’t being given a chance to savor them because other people are constantly yelling at you about how today’s new development is definitely the one that changes history forever and anyone who believes otherwise is a traitor. So let’s pause for a moment and take stock.

Trump’s “Muslim ban” was shot down, both by the courts and by massive protests around the country. The Women’s March in late January drew as many as 4.6 million people, making it one of the largest protests in American history. There was also a March for Science, a March for Trump’s tax returns, and a March for Climate. People are turning up in droves at Town Halls to express themselves, and politicians are taking notice. Companies like Nordstrom, Neiman Marcus, and Kmart have dropped Trump’s product line in the wake of a protest campaign. Trump’s pick for labor secretary failed. So did his picks for secretary of the Navy, and secretary of the Army. Trump’s first attempt at healthcare failed and his second is probably going to die or be significantly altered in the Senate, in no small part because voters spoke out against it. ACLU membership has tripled, and they’ve raked in 80 million dollars in donations. I could go on.

I know that, in the grand scheme of things, none of that looks like enough. Protests don’t feel like they’re accomplishing anything when Trump gets to touch his sweaty, withered balls to the sheets of the White House master bedroom every weekday night. ACLU memberships offer little succor if you’re worried about losing your health insurance or a loved one getting deported.

But that’s how progress is made. Slowly, steadily, with purpose. There’s no dramatic, ready-for-Hollywood moment where one plucky reporter finds the smoking gun that forces Trump to resign in disgrace, or where one especially scathing celebrity zinger gives him a rage-induced heart attack. Instead, you get enough people to care about objecting to his policies that their will can’t be ignored. And you keep doing it, day after tedious day until you get enough people to care about voting him out. You make your beliefs and hopes heard, over and over and over again, even if people don’t want to listen. All of those protests and actions I just rattled off are the early steps in that process. 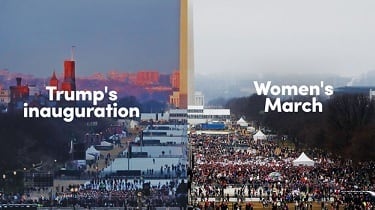 As someone who gets mad at the toaster when it seems to be taking four seconds longer than last week, I get the desire for instant gratification. But that’s the outrage and fear cycle feeding you. Remember how we were definitely 100 percent sure we were going to nuclear war with North Korea and then we all forgot about it a week later because a new story developed? It works both ways. Trump isn’t being impeached by lunchtime, probably not at all, despite what everyone is screaming on Twitter. That doesn’t mean progress isn’t being made! But it’s a painfully slow and frustrating process, like building a sand castle one grain at a time. Your actions are a few of those grains, even if it rarely feels that way.

This is a marathon, not a sprint. The finish line is miles away, even if social media is claiming that it’s right in front of you. Your small donation to a cause you believe in, or that nice thing you did for your worried friend might seem pointless if the world is falling apart — like some people would have you believe — but those little steps are how you finish a marathon. Keep taking them … they’re working.

Twitter Tried to Curb Abuse. Now It Has to Handle the Backlash