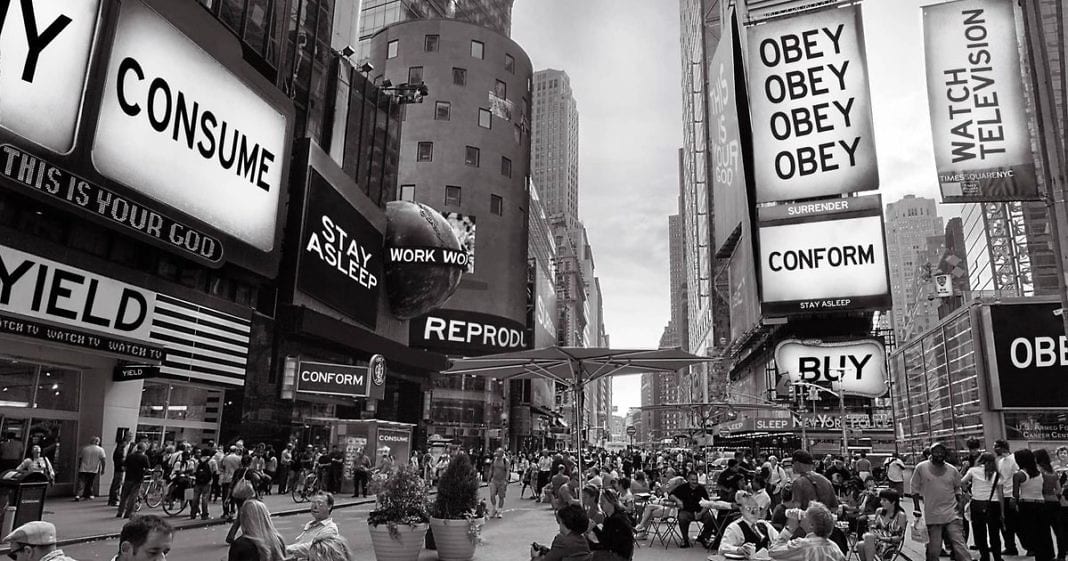 Want to understand the problem of fake news? Want to do it while seeing how much money you just got schemed out of by Google, Amazon, or Facebook? Then take one look at the online holiday shopping bonanza: Massive corporations, peddling questionable information, to a public without sufficient tools to help separate the good from the bad.

Black Friday just gave way to Cyber Week, and now, the internet’s lousy with “deals.” Consumers have already spent over $5.3 billion online this shopping season, according to Adobe (which doesn’t even account for weekend or Monday spending, which Adobe expects to add on another $3.4 billion). But how many people spent that money under the guise of getting a “great” deal, only to get an average (or even downright bad) deal?

Well, among the 22,000 deals the editors of consumer report site The Wirecutter looked at, only 100 of them qualified as “good.”

#blackfriday End of the Day Tally: 15 hours, 22,000 deals scanned, 100 deals found to be worth it (See which made the cut @WirecutterDeals). pic.twitter.com/malnespD6y

The sheer number of “deals” is mind-boggling, but consumers have different needs, and the internet’s rush to meet them can be considered a good thing. The problem, however, is that ratio: 0.5 percent. Less than one-one hundredth. Barely a blip.

The average consumer is pretty much powerless to sort out good deals from bad buys when faced with those odds. And just like fake news, “deals” cost almost nothing to make, and have a huge upside: Profit. It’s arguably better for the companies you’re buying from on Black Friday or Cyber Monday to create 10 non-deals, than a single halfway decent one.

The ratio of quality news to fake news? Maybe better, but not by much. For every New York Times or Washington Post story, there are dozens more from the myriad of blogs (fake and legitimate) that have sprung up over the last few years of questionable value, and that’s being kind.

Mirroring the fake news problem even further, tools have emerged to help steer consumers away from bad dealssites like camelcamelcamel.com and The Wirecutter have become destinations for legitimate deal seekers, just like Politifact has for news readers pursing legitimate news. Yet, these tools can’t compete with the power that Google, Amazon, and Facebook wield to fuel these bad deals. These giant platforms are easily gamed, and with it, the entire online shopping playing field.

Taken together, none of it’s good for consumers. Even worse, none of it looks to be changing any time soon.

A recent study found that Google and Facebook accounted for all of the growth in online spendingwith the rest of the industry seeing a small decline. A survey found Google and Amazon together are the starting point for 83% of product searches, while searches starting at retailers’ own sites fell.

These tech titans aren’t just spectators, here. They’re actively shaping what you’re shopping for, and then, when and where you’re buying it. Just like the way Facebook and Google own a massive piece of digital news by directing users and monetizing content through ads, Google and Amazon together dominate online commerce with their search functions.

What unites the Facebook, Google, and Amazon the most, however, are their respective algorithms, through which they each carry out their own aims. These tech giants claim that their interests align with their users.

Let’s be clear: They don’t. At least, not by design. These companies have their own interestsand their shareholders’ interestsat heart, first and foremost.

And those interests are directly served by algorithms that either keep your attention hostage, or direct you to what to buy. Tweak the algorithm, and people are spending more time, and more money. Which would be fine, if it produced a good result for consumers.

Which, clearly, it doesn’t.

There’s even a key psychological similarity between fake news and bad deals: They tell us what we want to hear.

How the ‘Bad Deal’ works

Let’s say I’m in the market to buy a camera. I’ve been shopping around for a while. Now, when I show up to Amazon, the first thing I see are cameras. Then, Amazon’s Cyber Monday deal link for cameras serves up a Nikon COOLPIX B700 as the first option. Click on it, and it shows the price a $446.95, $50 lower than its “list price.”

Without any outside knowledge, I’m supposed to think: Amazon is giving me the best deal for a camera on Cyber Monday, as of about 1 p.m. EST. According to the price tracker at camelcamelcamel.com, though? That’s the same price the camera’s been at for weeks.

Does that make it a fake deal? Amazon would argue that it isn’t. But from where I stand, I surfed on to their Cyber Monday deals section, looking for what I wanted, and got an offer to buy it for $50 less than the “list price.” In other words: Amazon told me exactly what I wanted to hear, in the language they know could get me to buy it.

The good news? We know about these problems, and they’re not unfixable. Smart, honest people are creating tools that give users with the information necessary to make informed decisions about what news they read, and what deals they buy into.

The bad news? None of these fixes even come close to the scale Amazon, Google and Facebook have. These companies have become so good at attracting, retaining and monetizing users that most of their users aren’t even aware there’s a problemor they don’t believe it when they’re told.

This is why there’s a growing fear that things will only get worseand why public ire and government scrutiny’s being directed at these companies. Unless there’s a dramatic change on the internet, it’s never going to stop being worth it for these companies to exploit massive numbers of users, by simply drowning out anything worthwhile.

The reason for optimism is that drastic change is something that the internet does reasonably well thanks in part to, as Ben Thompson puts it, “aggregation theory,” which reasons that on the internet, “the most important factor determining success is the user experience: the best distributors/aggregators/market-makers win by providing the best experience, which earns them the most consumers/users, which attracts the most suppliers, which enhances the user experience in a virtuous cycle.”

That’s how Facebook, Google and Amazon came to be what they are, and why they continue to grow. And it’s why, hopefully, something better will come along once this problems get sufficiently bad.

Spotify acquires Bill Simmons’ podcast empire. What does that mean for the Ringer?