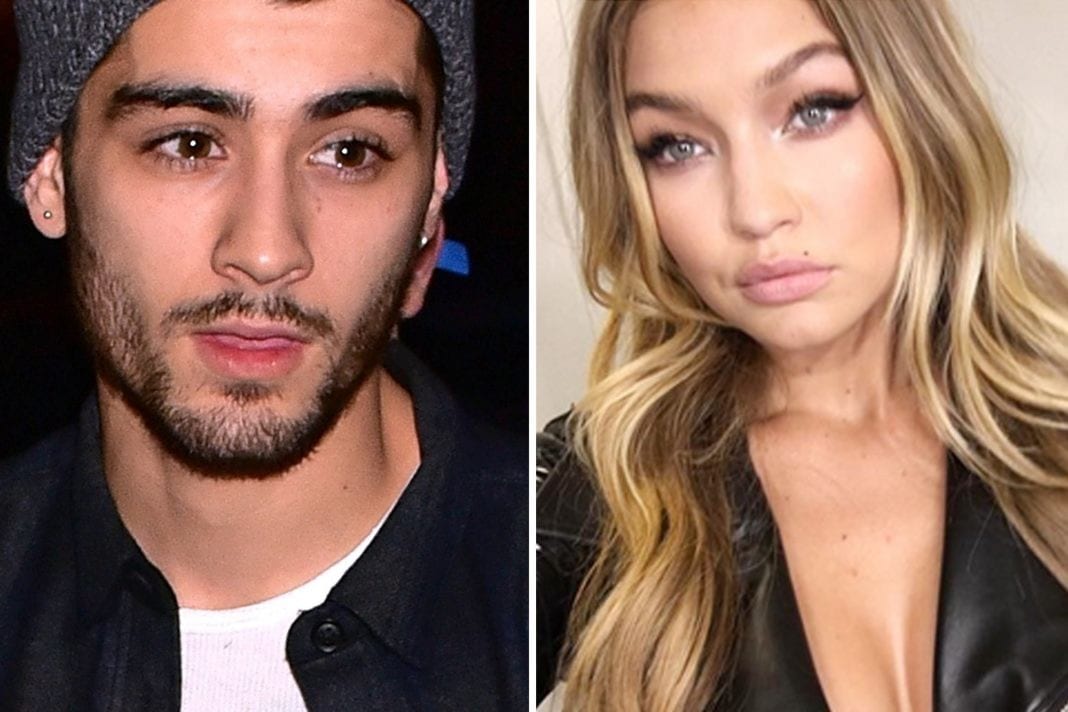 Had Zayn merely Instagrammed himself wearing Hadids signature shades in the social media equivalent of a winky face emoji, it would have been enough. Had Zayn merely started dating another British starlet, or Hadid picked a second Jonas to be her new beau, it would have been enough. But the promise of a full-on romance between everyones favorite brooding Brit and Americas newest homecoming queen is almost too hot to handle. Like seriously, dont go to the mall this weekend if you dont want to run into crowds of starry-eyed, sugar high tweenagers flipping through the latest US Weekly like Stephenie Meyer finally got around to writing Midnight Sun.

Much like carrying extremely heavy angel wings on your back, or pretending Harry Styles is the hot one, the art of dating as a young star is no laughing matter. Beautiful pairings like Selena and Zedd, Zac and Vanessa, Ariana and Big Sean, and Taylor Swift and that Kennedy shine brightly for a moment, before trailing off like a shooting star. Because of a myriad of reasons, ranging from busy schedules to exhaustion to purity rings, young couples have incredibly short life expectancies. As a fan its hard to go all ride or die for one romance, when the celebs more often than not split after a few months, leaving you with some broken dreams, a useless Tumblr URL, and a subscription to Tiger Beat. Nevertheless, Im here to argue that, for four important reasons, Zigi is worth your time.

As befitting two very beautiful people, Zayn and Gigi both have their fair share of exes. Malik called off his two-year engagement to Little Miz singer Perrie Edwards back in August. The allegedly tense break up came in the wake of a whole lot of whispers about Maliks rumored infidelities. If Maliks ex-fiance wasn't enough of a red flag, the newlyweds (jk, theyve been on two dates?) also have to answer to Hadids ex-boyfriend Joe Jonas. Not too dramatic for you yet? Keep in mind, Jonas and Hadid called it quits abouttwo weeks ago. Apparently, Joe was completely blindsided when he found out that Gigi and Zayn were an item, since Hadid basically told him that she was too busy to be seriously seeing anyone. Poor Joe Jonasfrom being less hot than Nick Jonas to being less talented than Nick Jonas, that boy cannot catch a break. To complete this beautiful circle of beef, one must remember that Malik left One Direction to pursue solo projects and make real music, leaving bandmate Harry Styles out in the cold. Gigi Hadid is best friends with Styles ex-girlfriends Kendall Jenner and Taylor Swift, and Swift is dating Calvin Harris, who had a hilarious Twitter fight with Zayn a few months ago (trigger warning for ageism and dumb boys). Young Hollywood is so hot and incestuous right now, its practically a horny fan fiction parody of itself.

2. Everyone Loves to Piss Off Taylor Swift

Speaking of Swift, the belly button-less pop power player is apparently pissed that her BFF Hadid is dating without Swifts approval. Harris beef aside, Swift thinks that Malik is a player, as evidenced by his brutal break up with Edwards. According to an inside source who definitely isnt Joe Jonas in Groucho Marx glasses, Swift thinks that her friend should take things slow and not rush into anything too intense with Zaynshe doesnt want to see [Gigi] end up with a broken heart. Call me Janis Ian, but anything that irks T Swift and threatens her girl squad of glam bots is fine by me.

Arguably more so than any of their contemporariesbarring Kylie Jenner, who is in a league of her ownMalik and Hadid have amazing senses of style. In his efforts to break out from the One Direction mold, Malik has really come into his own, serving up hottest Vice Intern looks at runway shows and red carpets. His hair alonefrom a platinum blonde buzz cut to a new grey dois enough to excite even the most jaded style blogger. With his penchant for diamond nose rings and earth-toned turtlenecks, there is no statement too strong and no trend Malik cant conquer. Meanwhile, girls across the country are frantically Googling How to dress like Gigi Hadid. From her sexy club looks to her effortless model off-duty style, Gigi is about to give Zayn a run for his sartorial money.

Hadid, who is often heralded as the next in line for the Kate Upton lineage of blonde bombshells, is actually half-Palestinian. The Hadids fled Palestine in the wake of the establishment of the Israeli state, and lived in Syria for years before moving to America. Gigis father, Mohamed, was a 15-year-old immigrant who spoke fractured Englishnow hes a businessman mogul, with a model ex-wife and two supermodel daughters. While Maliks story isnt quite so sensational, the British singers father is British Pakistani; from a young age, Malik was bullied for his background and Muslim faith.So Hadid and Malik might actually have more in common than matching breakout careers and savvy publicists. Only time will tell!

5 types of people to ‘unfriend’ on social media

Twitter to test a new filter for spam and abuse in the Direct Message...