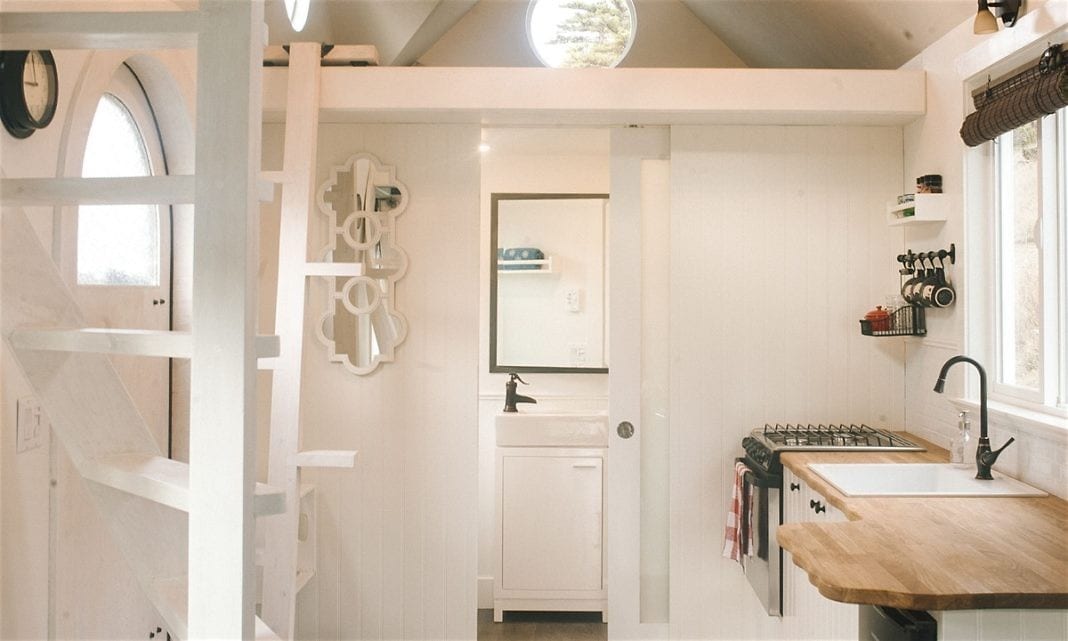 More Americans are building tiny homes since the 2008 financial crisis, and for many African American women its appealing in its affordability and simplicity 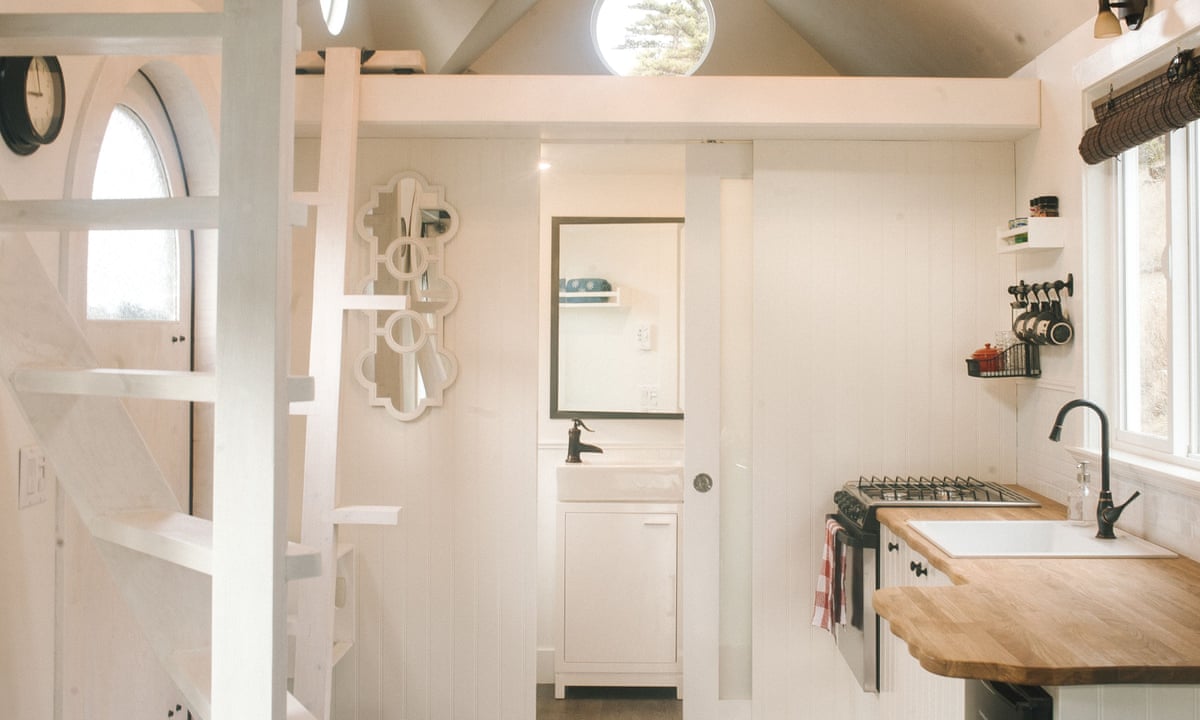 Small homes are all the rage. So much so that theyre featured in the New York Times style section, and entire Tumblrs are dedicated to them. In fact, the tiny house movement is now so popular that it is in turn documented, celebrated and mocked.

At the heart of the phenomenon is the 2008 economic crisis and its devastating corollary, the housing bust. As Americans face a housing market they can no longer trust or afford, a growing number of them have turned their attention to homes that are at maximum 1,000 square feet an affordable alternative to the American dream of homeownership.

For all its popularity, however, the movement might as well figure on the long satirical list Stuff White People Like: it is largely seen as something white hipsters might have an interest in. But considering how the economic crisis has affected black women, they might benefit from going tiny, too.

In the 2000s, banks and lending companies specifically targeted black women for subprime loans, one of the financial mechanisms blamed for the housing crash and the recent economic downturn. As Nathalie Baptiste points out in The American Prospect, the services of data collection agencies made it easy for lenders who were able to buy information about a potential borrowers age, race and income. Armed with that information, it was easy for lenders to target moderate-to-high income women of color.

While the banks got bailouts, black women got a hodgepodge of programs that did not help them to recover their homes.

These days, if a black woman decides to go for a mortgage, banks will more than likely charge her the highest interest rates. Her other options are limited: saving cash; borrowing from family and friends; crowdfunding; credit cards and alternative loans; peer-to-peer, which functions like a larger rotating savings and credit association; and financially informal loaning clubs, which are found throughout Africa, Asia, Central America and the Caribbean.

Nevertheless, priced-out black women continue to dream about home ownership which is why some have decided to go tiny.

Turman, a PhD candidate and a feminist filmmaker who has been interested in architecture since middle school, said she wants to build a tiny house for her daughter and herself using a shipping container and reused materials. Shed also want to buy land and create a community of extended family and like-minded people.

Owning a tiny house is a way to reclaim her roots and to eschew capitalism, Turman said. I get that there may be a parent who cant get to this because theres this idea that each generation needs to do better and that means living in bigger houses. But there are people who dont want to dust all of that, or live with all of that.

Another draw is affordability, Turman continued albeit with a caveat. Its affordable only if you own land, and thats what missing from the conversation. Its cheaper to buy land than to buy a house.

Turman is right about land ownership. The racial wealth gap began when African Americans were prevented from owning land. The United States reneged on the 40 acres and a mule promised to newly emancipated African Americans after the Civil War, which would have given approximately 400,000 acres of land to black families. Instead, they lost wealth as many were forced to become sharecroppers, renting and tilling the very land the government said they could have.

Likewise, very few African Americans benefitted from the Homestead Act of 1862, which enticed Americans to go west of the Mississippi with the promise of 160 acres of public land. Experts conservatively estimate the loss of wealth due to the broken promise of the 40 acres itself is $6.4 trillion in todays dollars.

Yvonne Jones plans to build her tiny dwelling in Philadelphia, renting an apartment while she waits.

As a former freelance writer who recently secured a full-time job at the University of Pennsylvania, Jones viscerally understands the economys vicissitudes.

I wanted to build and live in [a tiny home] while working for AOL in New York City in 2000, Jones recalled. AOL bought Time Warner, [and] all hell broke loose. I realized I lived in one of the most expensive cities in the world. And that even if I moved back to my hometown of Philadelphia, Id probably never be able to count on a job that would allow me to pay my mortgage for 30 years in a row.

Ive had a stream of meh to awful, kill-me-now jobs, Jones continued, and Im at a point where I dont want my shelter tied to how much I ate at my day job or via freelancing.

In fact, Jones said she has had to admonish her critics, who refused to understand how her professional and economic situations led her to her decision to go tiny.

[According to them], if I just wait a few more years, I can find an awesome well-paying job that will definitely pay my mortgage for the next 30 years. Because I totally want to have to work until Im 76.

Inspired by Dee Williams, the co-founder of Portland Alternative Dwellings who built her 84-square-foot home for $10,000, Jones started raising money through crowdfunding. Her page featured a spoken-word piece about her journey toward her dream home. The fundraising gave her one-fifth of the money needed to complete the project. With her new job, she reports that she is halfway toward her goal. With help from University of Pennsylvanias architecture school, she will start building in June.

When asked if she thinks tiny homeownership is an option for black women, Jones replied: They can be a solution for some. Many will never, ever be about that life. But extrapolating from my own situation, I know so many amazing black women who are smart, often brilliant, and broke and broken down from hustling on their day job plus their side hustle … and never able to be sure how much theyll earn when.

Jones also reports that Philadelphia is amendable to tiny homes and tiny-house communities. When I told the building department I planned to build a tiny home, they asked me two questions: if was building a meth lab and if I could hurt myself.

What may keep some black women from pursuing this housing alternative, according to Jones, are the same things that deter other people: the size itself, the possibility of marriage, the ability to rear a family in such a small space and the lack of building skills.

But most of all, its about money. Many can keep on renting because they can scrape up $900 a month, but spending $25,000 in one shot seems impossible.

Mari Fitch was ready to stop paying rent in Minneapolis, Minnesota. Thanks to a small inheritance from her late paternal grandfather, no student debt, and her brothers tiny-house experience he built one for himself she and her two-year-old daughter moved into their new abode in mid-January. Her brother built the nearly completed 176-square-foot home with a $20,000 budget in her landladies backyard.

Im happy in my house because Im surrounded by texture, warmth, and light, Fitch said. I have a wall of windows facing south because natural light is important to me. Living in Minnesota, its hard in the winter. You dont want to go outside as much.

Echoing Turman, Fitch said capitalism and environmentalism spurred her to go tiny. Im interested in living sustainably. On top of that, having a kid really opens your eyes to the sneaky ways capitalism gets you to buy a bunch of shit, and I wasnt down with it. And I dont want my daughter to feel like she needs all this stuff to live a happy life. I want her to use her body, mind and creativity to blossom into her best self.

Like Jones, Fitch said moving into such a small home made financial sense in light of her work life and finances.

I had that small inheritance, and I was pregnant. I didnt want to rent long term I couldnt make enough money to plan for the future and live in the now. Its not sustainable. I needed a solution [then and there].

Fitch did express an unspoken but historically grounded concern for some black women who decide to become tiny-home owners, particularly in predominantly white areas like Minneapolis-St Paul: the racism and sexism leveled at them. For Fitch, it came in the Minnesota Nice form of a white male next-door neighbor threatening to report her to the city for the smoke coming out of her wood-burning stove, which is the approximate length and width of a laptop and with which she cooks and warms her dwelling. When her brother, who is white, was building the home, the same neighbor praised him and assumed he was the one moving into it.

With all the understandable hype about tiny houses, Fitch, Jones, and Turman offer a more nuanced understanding of how race and gender mitigate the buzz.
Until we can recognize there are many ideations of what prosperity and comfort look like in this society will different groups buy into tiny houses, Turman concluded. And [black women might buy into tiny houses] once black women are allow access to the capital they need. There needs to be a shift in our becoming landowners instead of just homeowners.

Hear about being ethical in tech with Ellen Pao, Tracy Chou and Harry Glaser

Major trends in agtech for 2018