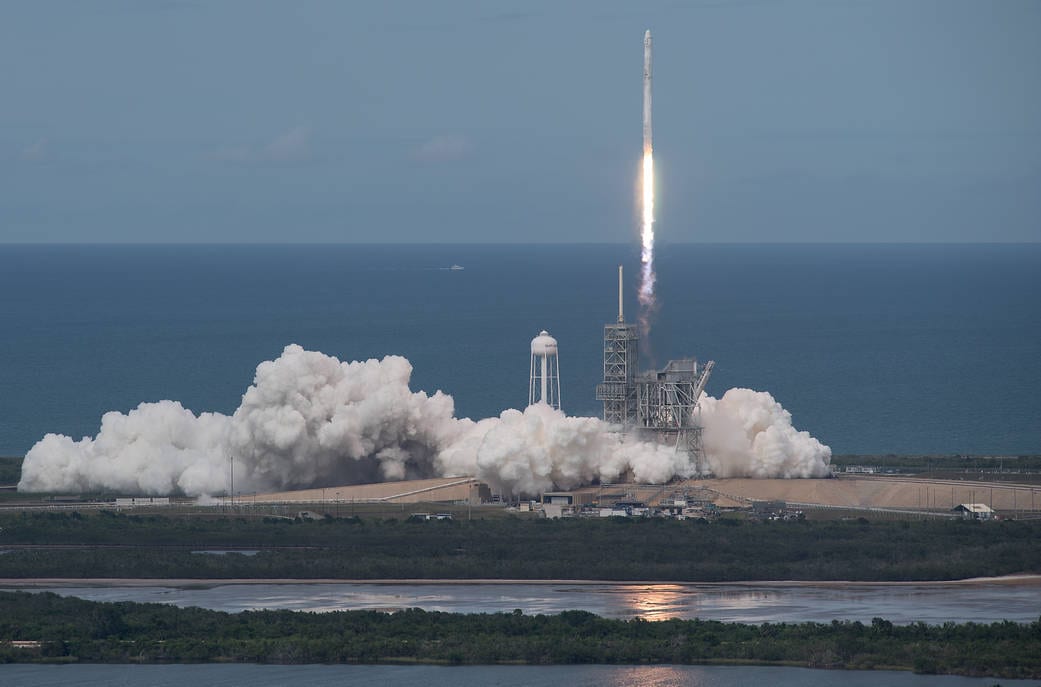 The GhanaSat-1Ghanas first satellitebegan its orbit recently, with a little help from some friends.

The cubesat, built by a Ghanaian engineering team at All Nations University, was delivered to NASAs International Space Station in June on a SpaceX rocket that took off from pad 39a at Kennedy Space Center, a NASA spokesperson confirmed.

The GhanaSat-1 deployed into orbit from the Center in July, and is now operational, according to project manager Richard Damoah, a Ghanaian professor and assistant research scientist at NASA.

This particular satellite has two missions, Damoah told TechCrunch. It has cameras on board for detailed monitoring of the coastlines of Ghana. Then theres an educational piecewe want to use it to integrate satellite technology into high school curriculum, he said.

GhanaSat-1 will send a signal to a ground station at All Nations Universitys Space Systems and Technology Laboratory. Thats where it was developed by a team of engineers that included Benjamin Bonsu, Ernest Teye Matey, and Joseph Quansah.

While Ghanas president Nana Akufo-Addo applauded the launch and congratulated the team directly, the project did not receive official Ghanaian government support, according to Damoah. Instead, Japans national space agency, JAXA, provided the bulk of the resources and training to develop the satellite.

The GhanaSat-1 deployment marks increased interest and activity in Africa toward space exploration.Nigerias first cubesat launched on the same SpaceX mission. Several nations, such as South Africa, Nigeria, Kenya and Ethiopia have space agencies. Angola announced its intention to launch a satellite over the coming year, said Elsie Kanza, Head of Africa at the World Economic Forum.

She also pointed to Pan-African efforts to coordinate space efforts, such as the African Unions African Space Policy and Strategy initiativeadopted last yearthat prompted AU members states to realize an African Outer space Programme, as one of the flagship programmes.of the AU Agenda.

Damoah believes the GhanaSat-1 deployment could prompt Ghanaian government resources toward a second satellite project coordinated by All Nations University and the countrys Science Space and Technology Center. After this launch, we now have the support of the president and cabinet support, he said. We are looking to develop a GhanaSat-2, with high resolution cameras, that could monitor things such as illegal mining, water use, and deforestation in the country.

Investor Jocelyn Goldfein to join us on AI panel at TechCrunch Sessions: Enterprise