From a rise in AI and improvements to self-driving cars, to televised eSports and all-out cyberwar, the coming year has it all 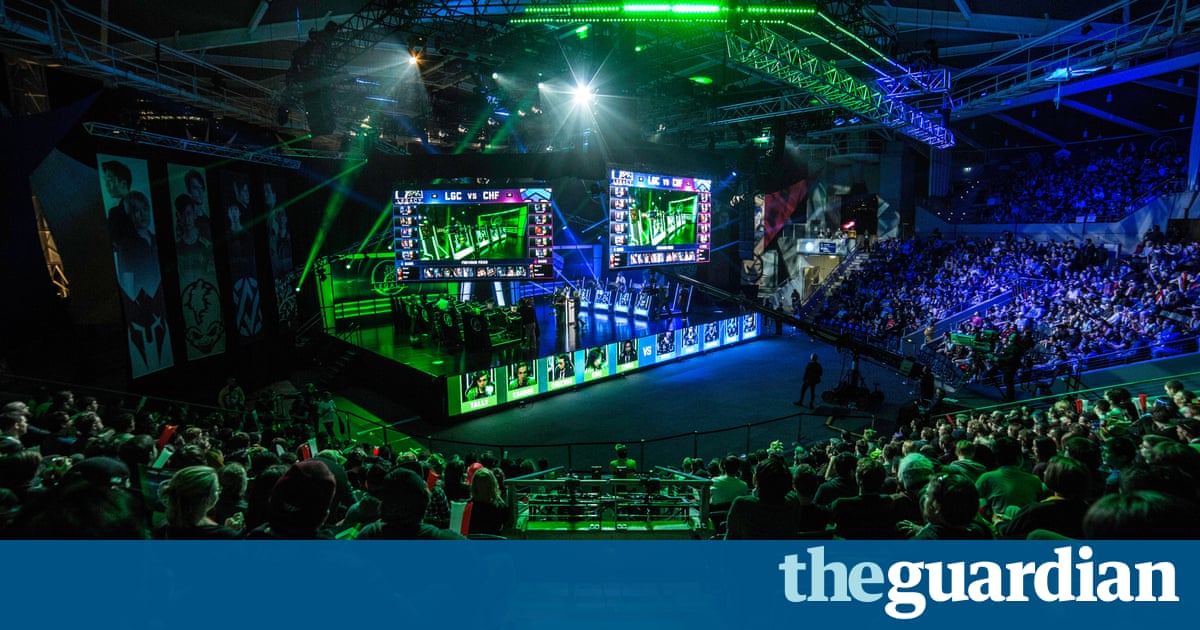 In some ways, tech in 2017 will be a steady progression from what came before it. Time marches on, and so too does the advance of technology. In other ways, though, it will be just as upended as the rest of the world by the unprecedented disruption that 2016 has left in its wake.

Here are the trends to watch out for in the coming year:

The artificial intelligence revolution is well and truly upon us, but so far, the biggest players are venerable Silicon Valley titans such as Google, Amazon and Apple. Thats partially because they have the money to hire teams full of PhDs at seven-figure salaries, but its also because they have the data.

That could change. One of the key areas of research for 2017 is data efficiency: the problem of trying to teach machine-learning systems how to do more, with less. Think about how many times your average three-year-old needs to see a particular animal before they can correctly identify it, compared with the thousands of images a neural network needs to ingest to perform the same basic task.

Solving the problem of data efficiency could dramatically open up the industry, letting new startups compete on a level playing field with those who have access to petabytes of customer data. And it could also change what an AI can do for you, letting an assistant become far more sensitive to your personal quirks and foibles, or a photo-tagging service recognise specific locations, objects, or situations.

Self-driving cars exist on a scale. At one end, youll find technologies that are barely more than fancy cruise control: lane-assist features ensure your car doesnt drift out of lane, while adaptive cruise control will maintain a steady distance from the car in front. At the other end is full automation: a car that can drive from a parking space outside your house to a parking space outside your office with no-one touching the steering wheel, or even sitting in the car at all.

The story of 2017 will be car companies racing almost all the way to that final hurdle, but just stopping short. Not only the tech companies, either (although expect Teslas own models to lead the way, closely followed by Googles sister company Waymos alliance with Fiat Chrysler). Conventional manufacturers the likes of Nissan and BMW are jumping into the field with both feet, and their systems will only get smarter. And who knows what Apples plans are?

But dont expect anyone to make the difficult jump to full self-driving capability any time soon. Not only are the regulatory and liability hurdles immense, but the tech just isnt there for the vast majority of journeys. Theres a reason Google tested its first ever fully automatic trip in Texas, land of wide lanes, huge highways, and car-centric development. Drop that car in the middle of a busy London backstreet and it wont do so well.

The big question is whether all this automation will actually make things safer. On the one hand, cars dont get distracted, drunk, or tired, all of which lie at the root of most fatalities on the road. On the other hand, if people are told to supervise a car which mostly drives itself, they tend not to be prepared to take over if it actually does need assistance a problem that lay behind the first self-driving fatality in May.

Lets not mince words: cyberwar has already begun. If it didnt start in 2008, when (probably) the Israeli and US intelligence services used the Stuxnet virus to destroy Iranian nuclear centrifuges, and it didnt start in 2015, when the US Office of Personnel Management was hacked by (probably) China, stealing the personal details of millions of government employees, then it certainly started in 2016, when (probably) Russia hacked in to the Democratic National Congress, exflitrating emails which were released with the intention of altering the outcome of an election.

Those probablys expose part of the appeal of cyberwar for nation states: attribution is hard, and rock-solid attribution to not just a nation but a chain of command is almost impossible. The incoming US administration is already making aggressive overtures about its desire to get on the attack, which will inevitably also make it a bigger target, according to security expert Hitesh Sheth, head of cybersecurity firm Vectra.

US businesses and the US government should expect an increase in the number and severity of cyber-attacks, led by select nation states and organised political and criminal entities, he says.

The ghost of Christmas data breaches past

It feels like data breaches are everywhere. But thats often not the case; while companies are indeed compromised on a regular basis, modern security practices usually ensure that not much is stolen, and what does get taken isnt easy to exploit.

Instead, the more dangerous trend is old breaches surfacing, like an unexploded second-world-war bomb, to wreak havoc on the present. Thats what happened to Yahoo, twice in one year, when data breaches from 2013 and 2014 resurfaced. The breaches were huge, containing a billion and half a billion accounts respectively, and the information within them was barely secured. Passwords were obfuscated with a standard which has been known to be insecure since 2005, while other info, including security questions, was in plain text.

The information in historical breaches has often been traded on the darknet for some time before their existence surfaces, meaning the damage comes in two waves: first, slowly, and then all at once.

Competitive video gaming is a huge business. In 2016, investment bank GP Bullhound estimated it hit a global audience of over 250 million people, and amassed a total annual revenue of $493m and in 2017, thats predicted to more than double, making eSports a billion-dollar sector.

The scale of the eSports industry is down to a number of factors, from increased broadband penetration making online multiplayer gaming accessible to most of the world to online streaming allowing budding eSports stars to skip conventional media and go straight to their fans.

But its now big enough to warp the very industry that spawned it, with major games publishers courting the eSports community from the inception of their latest releases. Blizzard, a Californian company best-known for its online game World of Warcraft, has been one of the leaders in the field, with games including Heroes of the Storm, Overwatch and Hearthstone all having online viewerships in the millions, but the standout success is Riot Games, whose sole title League of Legends had more viewers in its 2015 world championship than the final game of 2016s NBA Finals.

GP Bullhound says the next big wave is going to come from mobile, with games like Clash Royale and Vainglory representing the fastest growing segment of the global $37bn games market. Of course, this might all pass you by: over half of eSports fans are millennials, by far the youngest skew of any group of sports supporters.

The worlds most advanced surveillance operation will shortly be under the direct control of a far-right demagogue who routinely attacks critics on social media and uses the office of US president-elect to bolster his commercial interests. That has left some people worried.

As a result, many are re-examining their online privacy, switching to encrypted messaging services, locking down social media accounts, and limiting the amount of information they put online. Signal, an encrypted messaging app recommended by Edward Snowden, saw a huge spike in downloads following Donald Trumps election, while hundreds of tech workers signed a pledge to never implement the president-elects proposed registry of Muslims.

At the same time, though, trends in AI and online monetisation have pushed other tech firms to slowly chip away at the amount of privacy their users have, data-mining ever more aspects of their online lives in an effort to offer better services and create smarter software. Google, for instance, will now train a machine-learning system on your photos, read your emails to find useful information to add to your calendar, and save everything you say to it to improve its voice recognition.

Over 2017, this divide will only increase: companies like Apple and Signal on the one side, and Facebook and Google on the other. In the end, the market will decide. Are people willing to give up the latest and greatest fruits of machine-learning to limit their exposure to surveillance, or do they not really care about online privacy and want everything as soon as its technologically possible?

The likes of Foxconn may build the worlds most premium tech, but in the west, Chinese brands are still largely associated with cheap electronics: no-name flat panels and cheap smartphones that spy on you. As for software, the entire country can feel as if its seen through analogues to Silicon Valley, from Chinas Google (Baidu) to Chinas Twitter (Sina Weibo).

But an increasing number of Chinese companies have their eyes set on the richer markets of Europe and America, without giving up on the customer base in their own country. Shenzhen-based OnePlus, for instance, has slowly carved out a niche for itself with its high-quality, low-price range of smartphones, which aim to match the flagships from Apple and Samsung while offering price-sensitive users savings of hundreds of pounds. Huawei, already a fairly well-known brand in the west, is pushing its Honor brand as a way to drop the budget image for a new demographic.

And software firms are getting in the game too. Tencent, makers of WeChat (thats Chinas WhatsApp, for those playing along at home), is pushing hard into the west, taking on Facebook at its own game. The service is currently most popular with Chinese expats, but its clear that Facebook is watching closely: a number of features in Messenger are ripped wholesale from the hugely influential service.

Europe wants to do more to boost cross-border data flows

Guesty raises $3M to be a Salesforce for property managers

Due diligence is a responsibility for investors, an opportunity for startups