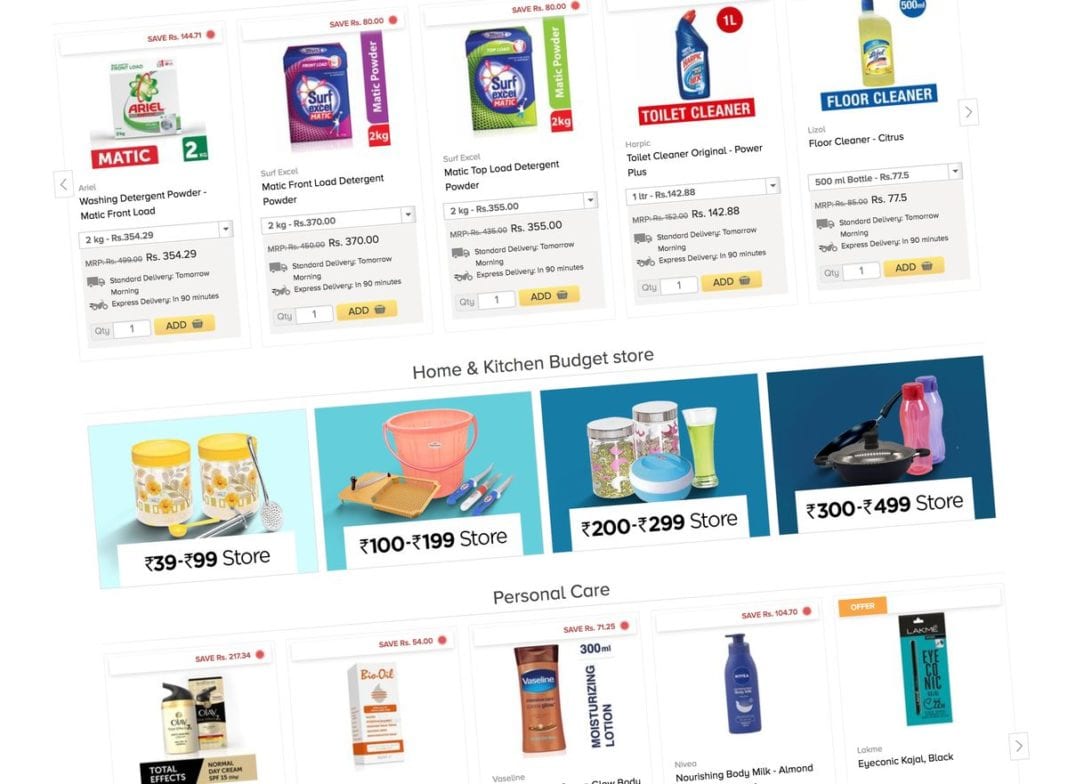 Hari Menon, Bigbasket’s co-founder and chief executive officer, said the investment values the company at $950 million — just $50 million under the $1 billion valuation that would have earned it tech unicorn status.

“We wanted a strategic investor and saw Alibaba as the best fit,” Menon said in an interview.

He said existing investors Abraaj Group and Bessemer Venture Partners participated in the latest round.

India’s retail market is worth over $900 billion and grocery shopping accounts for about $600 billion of that, Menon said. Bigbasket’s rivals include India’s leading online retailer Flipkart Online Services Pvt, as well as the SoftBank Group Corp.-backed Grofers.

The company will deploy the funds into building farmer networks, warehouses and delivery infrastructure with a goal to penetrate deeper into the more than two dozen cities it currently operates in, Menon said.

The Bangalore-based startup, founded in December 2011 by Menon and four other entrepreneurs, sells everything from fresh leafy greens to kitchen mops, spice mixes and savory Indian tea-time snacks.

Bigbasket has attracted interest from a wide swath of companies and held initial investment discussions with global retailers Amazon.com Inc. and rival Walmart Inc. before the Chinese e-commerce giant arrived on the scene.

Grocery is a challenging e-commerce segment worldwide and Bigbasket, owned by Innovative Retail Concepts Pvt, operates in a country where expansion is hampered by rudimentary logistics and a shortage of refrigerated trucks and warehouses.

Growth will require capital expenditures, and Amazon got local government approval last year to invest $500 million into food retailing. Several high-profile grocery startups — such as PepperTap and LocalBanya — have collapsed in the past couple of years in India.

Goldman Sachs and others line up for fresh tax breaks

Feeling left out of a hot market? This new outfit has a fund with...