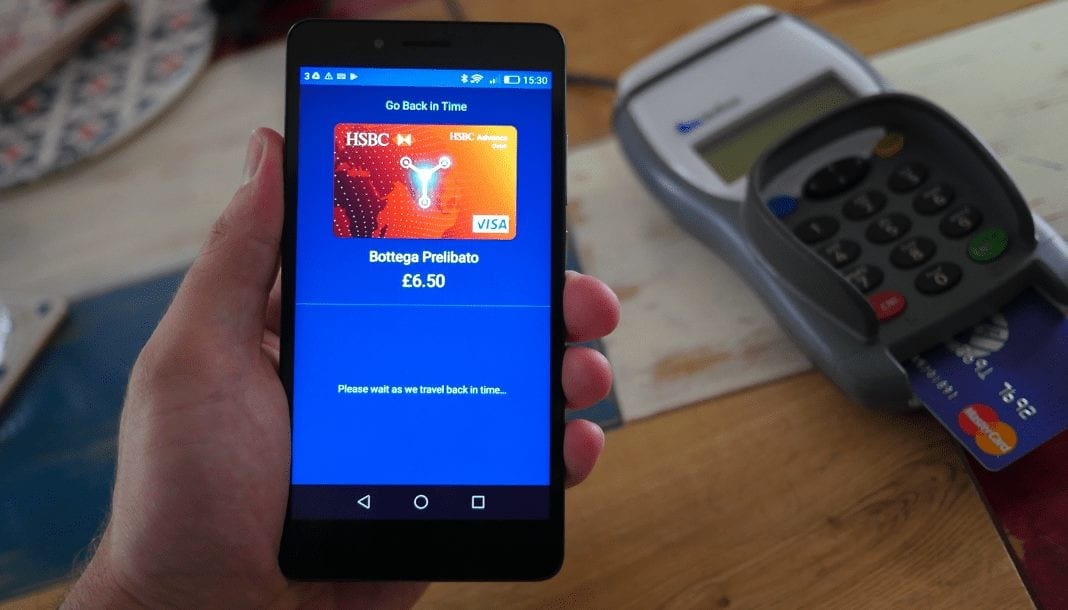 Curve, the mobile wallet and all-your-cards-in-one app, is rolling out a nifty new feature today that lets you retroactively switch the card you use to pay.

Audaciously dubbed Financial Time Travel, the option, which I understand was first asked for by users and is patent-pending, gives you a two-week window to change which of the bank and credit cards youve linked to Curve is charged for a particular purchase.

So, for example, if you accidentally charged a work lunch to your personal current accounts debit card instead of your expense accounts credit card, you can simply go back in time and Curve will reverse or refund the charge and take it from the correct card instead.

To understand why this is significant and, arguably, much-needed, heres a recap of Curves core offering: the mobile wallet lets you link your debit and credit cards to an app and the accompanying Curve card powered by MasterCard. Using the Curve app, you then simply select which card you want the Curve card to act as a conduit for any payments you make offline or online, meaning you only need to carry a single physical card with you.

The problem, however, is if you pay for something with Curve but forget which card it is currently set to charge. Or, worse still, you are in an area with poor mobile phone reception and therefore are unable to use the Curve app to switch cards before you make your purchase. The new feature mitigates both scenarios.

But unsurprising if youve ever spent time with Curve co-founder and CEO Shachar Bialick, who talks at a hundred miles an hour and is always thinking three steps ahead there is a bigger vision at play here, too. The ability to go back in time and retroactively change the source of payment could in the future present an opportunity to recommend a different credit provider.

For example, should Curve spot that you have just purchased a high-priced item, such as a new television, and stuck it on your credit card, it could offer an alternative pre-approved loan with lower interest in partnership with a bank or other credit source and switch the charge accordingly.

That would tie in nicely with an upcoming Curve feature the company is calling Curve Connect that will see the app begin to connect to other fintech or digital financial services, thus providing the makings of the fintech convergence strategy Curves roadmap has always been built on. Longer-term, the startup wants to be the platform where you manage all things money, essentially re-bundling financial services in a way that puts you in control, give or take a partnership here and there.

Meanwhile, Curve recently announced it has surpassed 50,000 sign-ups and that 50 million in payments have been processed by the Curve app, although it isnt disclosing active monthly users. I also understand the startups Series A is to be disclosed within weeks. The company already has a number of notable investors, including Seedcamp, Taavet Hinrikus, who co-founded money transfer startup TransferWise, and Ricky Knox of challenger bank Tandem.

Oh, and here is a fancy promo video for Curve, if youre into that kinda thing: