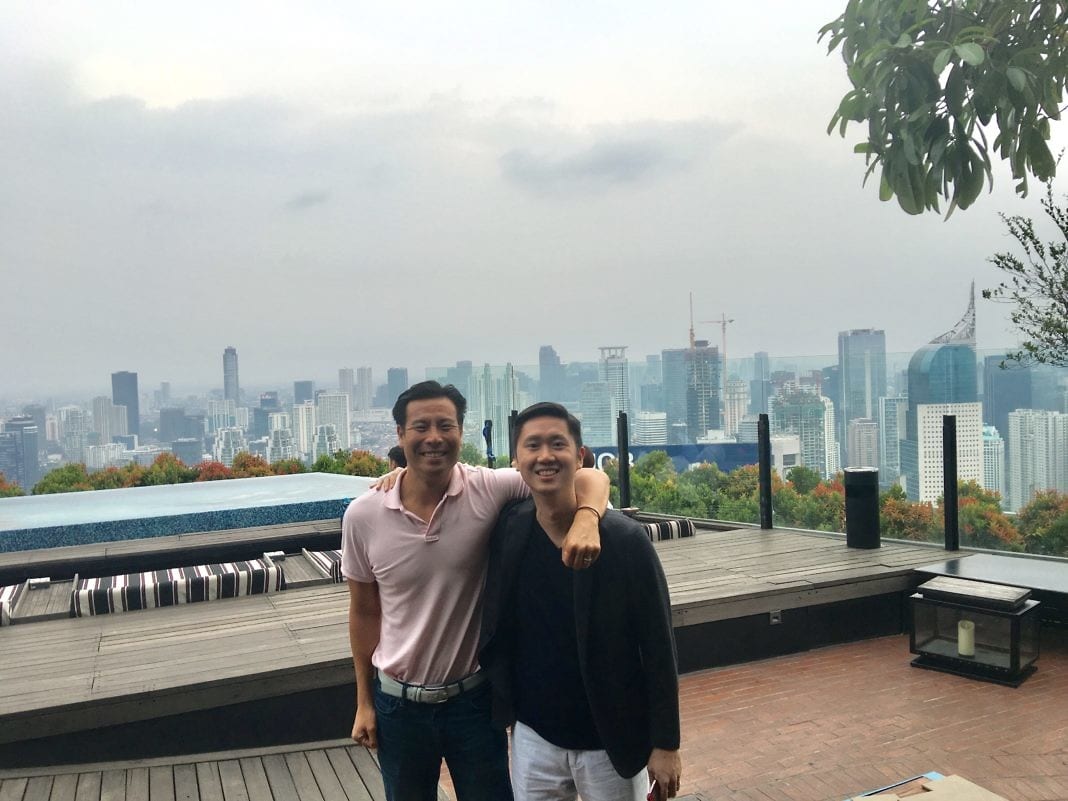 Indonesia is one of Southeast Asias most promising startup market. Today, its ecosystem gained a new investor with the launch of Intudo Ventures debut fund, which has more than $10 million to invest into about 12 to 16 early-stage startups, as well as joint ventures with overseas companies that want to break into the Indonesian market.

Intudo was founded by Eddy Chan and Patrick Yip (pictured above), who are working with founding advisor Timothy Chen. Collectively, the three have invested in a notable roster of companies including PayPal, SpaceX, Palantir, Netscreen, and Fortinet. Intudo (a combination of the Bahasa Indonesian words for integrity, sincerity, and serendipity) will look for companies in e-commerce, finance, healthcare, education, and media.

While Indonesias startup industry and venture capital ecosystem are still young, Chan told TechCrunch that Intudos team sees strikingly similar trends to what we observed in China in the early 2000s.

Indonesia is the worlds fourth-largest country by population, with about 260 million people, and it is also one of the fastest-growing Internet markets by penetration, with Internet users (most mobile-first) expected to jump from a current 92 million to 215 million in 2020.

Furthermore, Indonesias population is relatively young and increasingly affluent, and this gives consumer startups a lot of opportunities.

For example, Indonesian-based marketplace Tokopedia has raised about $248 million from investors including SoftBank, while Alibaba poured $1 billion into Lazada last year to gain a stronger foothold in Southeast Asia e-commerce. A few other examples of tech companies and investors paying close attention to Southeast Asiaand Indonesia in particularinclude Tencent (which recently led a $1.2 billion round in on-demand transportation startup Go-Jek), Amazon, and JD.com.

Another parallel between Indonesia and Chinas startup industries is the high-profile of founders who have worked or studied abroad. Called sea turtles in China, Chan refers to their Southeast Asian counterparts as S.E.A. Turtles and he says they will have an important influence on Indonesias tech sector by bringing knowledge and networks acquired while overseas.

Some S.E.A. Turtles returned to Indonesia specifically to launch startups, while others were recruited by the local offices of tech leaders like Google, Facebook, Amazon, Alibaba, or Tencent before leaving to found their own companies.

Either way, Intudos goal is to help promising returnees nail down the right time to have a major impact on Indonesias ecosystem. In China, Chan says, sea turtles had significant influence in the 2000s, but as the tech sector matured, their advantages became less unique.

Nowadays, with the clear establishment of best practices, talent, and infrastructure in place in China, sea turtle talent still fits a niche, but is no longer as much of a game changing factor, says Chan.

We feel the Indonesian startup industry/venture capital ecosystem is still emerging, making it ripe for S.E.A. Turtles to return to help build out best practices and infrastructure, which will allow them to capitalize the growth of the venture capital ecosystem. If they do not return in the next few years, the window may have closed and they may be left on the outside looking in.

Intudo will focus on leading seed and Series A rounds, with initial investments ranging from $200,000 to $1.25 million, and the total amount invested from the fund into a startup ranging from about $1 million to $2.5 million. (Chan says that while Silicon Valley-based startups usually raise about $1 million to $5 million for seed funding, and $5 million and $15 million for Series A rounds, in Indonesia that figure is usually divided by five because of differences in cost structure. In other words, Indonesia-based startups usually raised about $200,000 to $1 million for seed rounds, and $1 million to $3 million in Series A financing, though recently he has seen funding amounts and valuations for some startups increase dramatically by their Series B and Series C rounds, so that they are comparable to similar companies in Silicon Valley).

For joint ventures, Intudo will look at companies that have already raised their Series B or C and want to expand into Indonesia.

Chan says Intudo is very bullish on the consumer sector and the opportunity to build some world-class direct-to-consumer brands, as well as financial tech because credit card penetration in Indonesia is still very low. He adds that inefficiencies in the countrys healthcare system also creates opportunities in the health sector if the right distribution partners are found.

My Jibo Is Dying and It’s Breaking My Heart

Howard Lindzon’s Social Leverage is looking to raise up to $50 million for its...