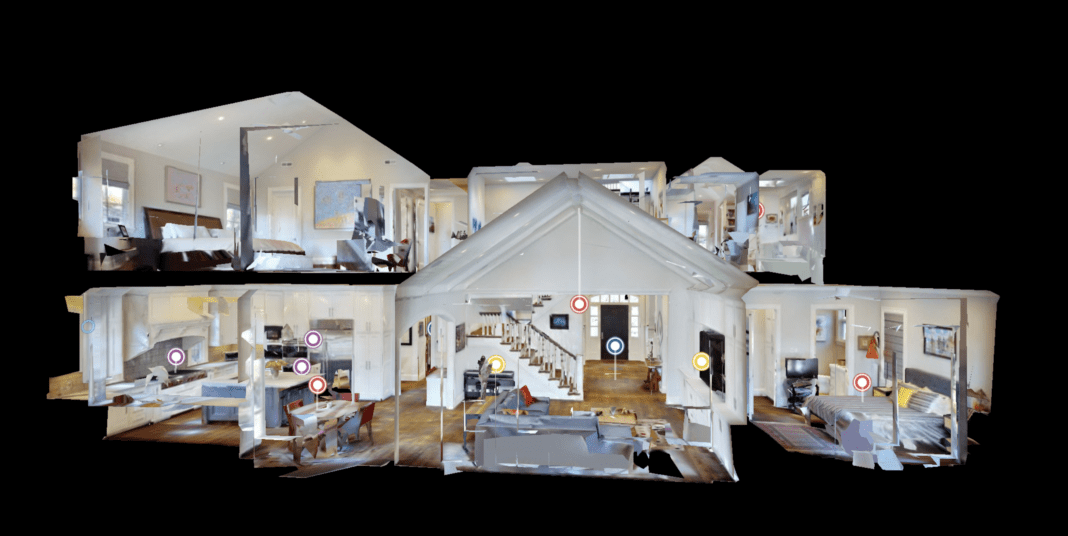 The growth of augmented and virtual reality applications and hardware is ushering in a new age of digital media and imaging technologies, and startups that are putting themselves at the center of that are attracting interest.

TechCrunch has learned and confirmed that Matterport — which started out making cameras but has since diversified into a wider platform to capture, create, search and utilise 3D imagery of interior and enclosed spaces in immersive real estate, design, insurance and other B2C and B2B applications — has raised $48 million. Sources tell us the money came at a pre-money valuation of around $325 million, although the company is not commenting on that.

From what we understand, the funding is coming ahead of a larger growth round from existing and new investors, to tap into what they see as a big opportunity for building and providing (as a service) highly accurate 3D images of enclosed spaces.

The company in December appointed a new CEO, RJ Pittman — who had been the chief product officer at eBay, and before that held executive roles at Apple and Google — to help fill out that bigger strategy.

Matterport had raised just under $63 million prior to this and had been valued at around $207 million, according to PitchBook estimates.This current round is coming from existing backers, which include Lux Capital, DCM, Qualcomm Ventures and more.

Matterport’s roots are in high-end cameras built to capture multiple images to create 3D interior imagery for a variety of applications, from interior design and real estate to gaming. Changing tides in the worlds of industry and hardware have somewhat shifted its course.

On the hardware side, we’ve seen a rise in the functionality of smartphone cameras, as well as a proliferation of specialised 3D cameras at lower price points. So while Matterport still sells its own high-end cameras, it is also starting to work with less expensive devices with spherical lenses — such as the Ricoh Theta, which is nearly 10 times less expensive than Matterport’s Pro2 camera — and smartphones.

Using an AI engine — which it has been building for some time — packaged into a service it calls Matterport Cloud 3.0, it converts 2D panoramic and 360-degree images into 3D images. (Matterport Cloud 3.0 is currently in beta and will be launching fully on the 18th of March, initially supporting the Ricoh Theta V, the Theta Z1, the Insta360 ONE X and the Leica Geosystems BLK360 laser scanner.)

Matterport is further using this technology to grow its wider database of images. It already has racked up 1.6 million 3D images and millions of 2D images, and at its current growth rate, the aim is to expand its library to 100 million in the coming years, positioning it as a Getty for 3D enclosed images.

These, in turn, will be used in two ways: to feed Matterport’s machine learning to train it to create better and faster 3D images; and to become part of a wider library, accessible to other businesses by way of a set of APIs.

And, from what I understand, the object will not just be to use images as they are: people would be able to manipulate the images to, for example, remove all the furniture in a room and re-stage it completely without needing to physically do that work ahead of listing a house for sale. Another is adding immersive interior shots into mapping applications like Google’s Street View.

“We are a data company,” Pittman told me when I met him for coffee last month.

The ability to convert 2D into 3D images using artificial intelligence to help automate the process is a potentially big area that Matterport, and its investors, believe will be in increasing demand. That’s not just because people still think there will one day be a bigger market for virtual reality headsets, which will need more interesting content, but because we as consumers already have come to expect more realistic and immersive experiences today, even when viewing things on regular screens — and because B2B and enterprise services (for example design or insurance applications) have also grown in sophistication and now require these kinds of images.

(That demand is driving the creation of other kinds of 3D imaging startups, too. Threedy.ai launched last week with a seed round from a number of angels and VCs to perform a similar kind of 2D-to-3D mapping technique for objects rather than interior spaces. It is already working with a number of e-commerce sites to bypass some of the costs and inefficiencies of more established, manual methods of 3D rendering.)

While Matterport is doubling down on its cloud services strategy, it also has been making some hires to take the business to its next steps. In addition to Pittman, they have added Dave Lippman, formerly design head at eBay, as its chief design officer; and engineering veteran Lou Marzano as its VP of hardware, R&D and manufacturing, with more hires to come.

CNNs Jim Acosta: The Trump Trolls Who Want Me Dead