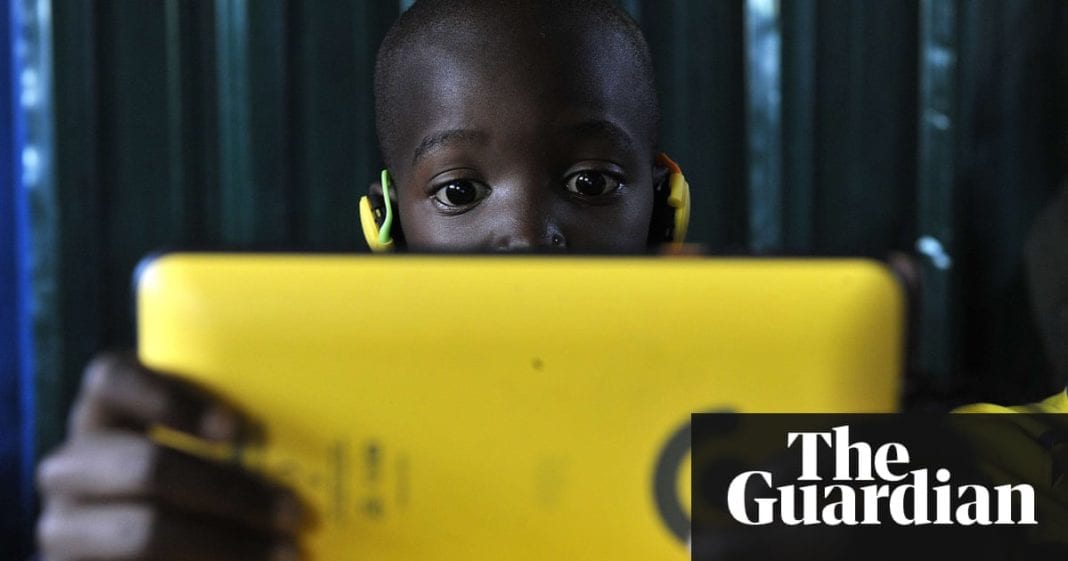 Some believe that big tech offers developing economies a global platform. But others say ceding control of data and markets to the west could cripple societies 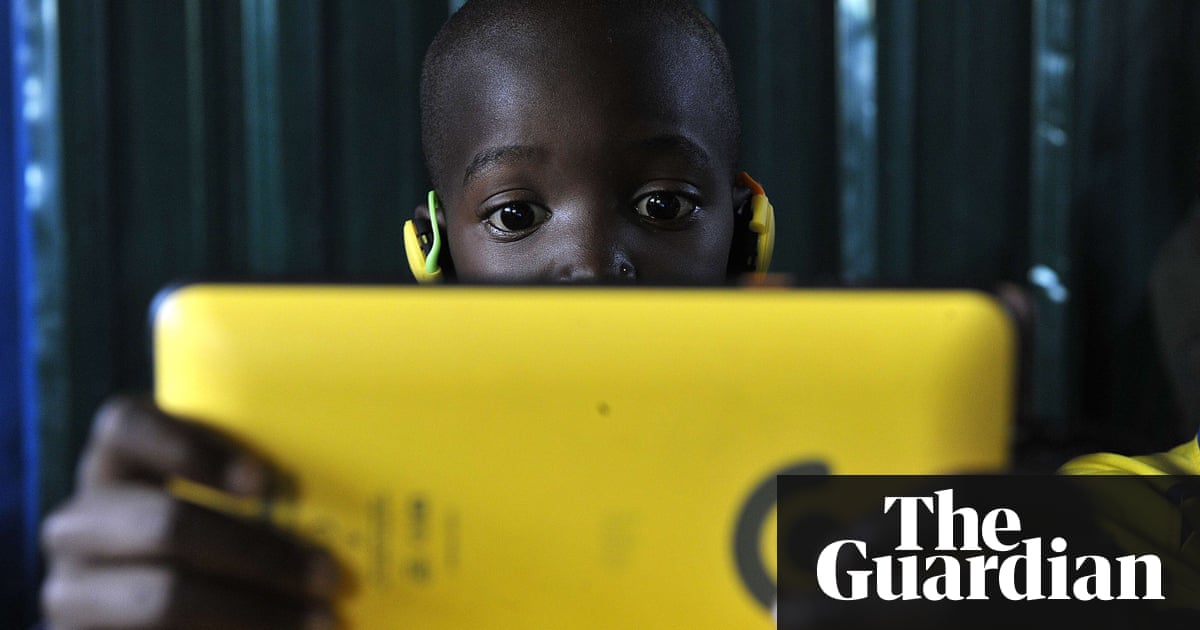 African countries should be nervous about the big technology companies sweeping through their economies, knocking out established businesses and crushing startups before they have had a chance to blossom.

That’s the message from the anti-poverty charity Global Justice Now in a report that warns of an “e-pocalypse” across the southern hemisphere, as western firms keen to sell sophisticated digital services use their muscle to outmanoeuvre local businesses in poorer nations. Africa is seen as particularly vulnerable after decades of underinvestment that has left many countries with seemingly little option but to accept the terms laid down by the tech giants.

“Tech companies like to project a modern, progressive image to the world. But under the surface, companies like Google, Facebook, Amazon and Uber are pursuing an agenda that could hand them dangerous levels of control over our lives and profoundly harm economic development in the global south,” the report says.

Industry bodies deny that there are moves to establish global rules that would force-feed western technology to developing-world countries. They say that e-commerce liberates small and medium-sized businesses to export goods they could never previously afford to sell. They also say that states’ attempts to keep data in local servers prevents tech firms benefiting from economies of scale by housing data in vast hubs across the globe.

Christian Borggreen, a researcher at the Computer and Communications Industry Association (CCIA), the Geneva-based lobby group for Facebook, Netflix, BT, Amazon, eBay and others, says: “Forced data localisation is on the rise globally. Since the year 2000 the number of national requirements grew from 15 to 84.”

That is significant, he says, because there is a risk that countries that demand data localisation “do this for protectionist or censorship reasons”. He is thinking of Russia and China.

There is also a potential risk of damage to productivity from throwing sand in the wheels of global tech. The International Monetary Fund said last month that half of the productivity gains in the developing world came from globalisation, and much of that comes from the adoption of western technology.

However, Nick Dearden, head of Global Justice Now, says it is essential that developing countries retain their citizens’ data within their borders to avoid the core of their economies being directed from abroad.

The idea that they should be passive receivers of western technology, and borrow heavily on international financial markets to pay for it, means they become prey to the whims of foreign businesses, he says.

“Without [keeping data local] it’s so much more difficult for countries to regulate and tax industries, for them to get really any benefits out of investment with no skills, jobs or technology transfer, or to nurture infant industries. It’s the central problem with the way trade deals operate.”

Susan Aaronson, a digital trade expert at George Washington University in Washington DC, says fighting the adoption of international rules to protect local data privacy is the wrong approach. She argues that developing world countries “could say to tech firms ‘you need to pay for our data and you need to be transparent about how you use it’. They haven’t so far. They’ve accepted the Facebook model.” Separately, they could negotiate common rules for e-commerce.

Nick Ashton-Hart, a trade expert who used to work at the CCIA, says the report should consider the issue of data separately from e-commerce. Whereas Dearden considers Amazon, eBay, Alibaba and other trading platforms as rent-seeking operators that suck money out of the economy, Ashton-Hart says they should be seen as giving small businesses in developing-world countries access to global markets. Allowing them, along with Facebook, Google and other global operators, to store data where they want to would create huge efficiency savings that could be passed on to local businesses and consumers.

If there is a problem taxing or regulating technology transfers, intellectual property or the sale of goods and services across borders, that is an issue of local governance, says Ashton-Hart, who now works for the International Chamber of Commerce, a group that promotes UK exports.

Likewise, governments can set the rules for their citizens’ online privacy and do not need to do it by demanding that global firms maintain relatively small local databases. “The bigger issue is that more than 100 countries have no privacy laws at all, according to Unctad, but this isn’t addressed at all,” says Ashton-Hart. “If developing countries want to protect their nationals, that’s where to start, and NGOs should be calling them out for not doing it.”

The issue has come into sharp focus with the EU’s plan to impose new data protection rules in Europe that force companies to win the consent of users before storing personal data online, known as the General Data Protection Regulation (GDPR).

It becomes law at the end of this week, and is causing huge anxiety in the tech sector and a backlash from small business that rely on customer databases to generate new business.

Facebook repatriated 70% of its international customer records to the US once it became clear that the servers hosting the data in Ireland would be subject to the rules.

Dearden says the issue has become pressing since e-commerce leapt to the top of the World Trade Organisation’s agenda last year in Argentina. African countries were particularly alarmed at proposals to establish a level playing field that would force them to allow trade with major foreign businesses.

In a statement following the meeting, African countries signed up to a declaration by the Rwandan delegation, which said the planned rules meant small businesses would be “least likely to be able to effectively compete with multinational corporations, who have become global digital leaders, and have decimated smaller companies”.

It said these multinationals had “benefited from digital industrial policies such as subsidies, R&D subsidies, development of, and access to, and ownership of technologies, economies of scale, government-sponsored infrastructure, tax benefits, etc”.

Dearden admits developing countries are split, with some wanting to take whatever the tech firms have to offer to spur growth.

“Some on the pro side have been talked to by the developed countries. Others think it sounds nice but don’t know all the implications. But WTO was a major victory for us in that formal movement on this wasn’t agreed – and that’s because some developing countries, especially in Africa, fought it tooth and nail.”

Some of the most advanced African countries are the most serious about protecting their domestic industries from foreign competition. Only last week, Kenya pulled out of a free trade pact with China after it decided the deal was too one-sided.

Technology is seen as solving huge problems for developing countries, from corruption to poor standards of education and healthcare, but the issue of democratic control is unlikely to go away – and is likely to prevent international agreement being reached any time soon.

An Apple a day … the race for hi-tech healthcare

The tech industry’s appetite for markets to conquer is insatiable and healthcare is a priority. Last year Tim Cook, the boss of Apple, revealed that his near-trillion-dollar company was putting healthcare at the centre of all its phone developments.

Apple wanted to save lives, he said. A smartphone can be your personal doctor, monitoring your health minute by minute, accessing test results and providing medical information.

But this could become a serious issue if the big tech companies don’t just provide the phone, but also hold the health information gathered by it – information that is in high demand from, for instance, financial services companies looking to sell products to the country’s healthiest people – or to cancer patients.

In the UK, consultants working at the Royal Free Hospital trust in London were told last year that it had been illegal for them to approach DeepMind, an artificial intelligence firm owned by Google’s parent, about developing software based on patient data from the trust.

DeepMind walked away. But it has stressed to its investors that structured health data and artificial intelligence are the next phase in the company’s business plan. It wants to move into disease detection, constructing a new data infrastructure around health data, and potentially sell insurance off the back of this information. The main target is the $3tn (£2.2tn) US market, but the big populations of the developing world will be in its sights.

The rise of the family office venture investor