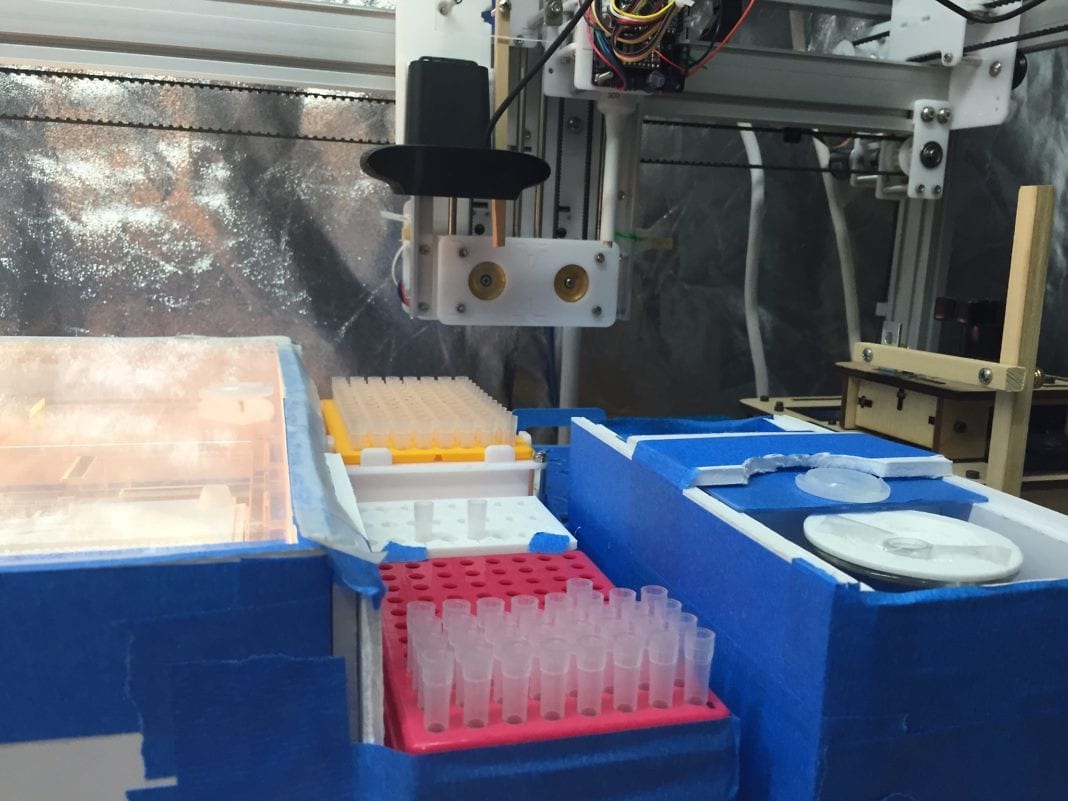 Brnice Magistretti is a Swiss freelance writer based in San Francisco. She focuses on startups in Saudi Arabia, Switzerland and emerging markets.

As biotechnologygains prominenceamong investors, two hubs have emerged as hotbeds of innovation for the resurgent industry.

While the two-square-mile patch of South San Francisco bustles with more than 70 biotech firms, includingGenentech,AmgenandExelixis, an equally influential geography has grownalong the Lemanic Arc of Switzerland and into the heart of Basel, where pharma giants likeNovartis,ActelionandRoche(which acquired Genentech in 2009) have their headquarters.

Silicon Valley has a very strong life science sector that is enriched by the undeniable strength of the Valley in IT, said Patrick Aebischer, president of the Swiss Federal Institute of Technology in Lausanne (EPFL). In Switzerland, the Health Valley is trying to take advantage of our unique position in micro/nanotechnology coming from a long tradition of watchmaking.

California indeed has a very strong culture of IT stemming from Intels first programmable computer chip in the late 1960s. Biotechs are therefore reaping the benefits and merging science with the power of IT (i.e. bioinformatics, digital therapeutics, cloud biology and computational medicine).

Twist Bioscienceand its storage of data in synthetic DNA is a good example.Konikuhas also followed this trend, specializing in neuro-computing by building co-processors made of biological neurons that work alongside traditional silicon processors.

Beyond its talentedhorologists, Switzerland is also known for its expertise in technical engineering, which has had a considerable impact on the scientific application of micro/nanotechnology. Be it implants or nanomolecules, the country is known for its precision.

Xsensioillustrates this with its Lab-on-Skin nanowearable devices that exploit biochemical information on the skins surface. In terms of microtechnology,QGeldesigns customized in vitro cellular microenvironments for cancer drug screening.

In terms of academic influence and support, both valleys have their fair share.StanfordandUCSFhave spun out many success stories in the field of biotechnology, a phenomenon that the Swiss Federal Institutes of Technology inLausanne (EPFL)andZurich (ETHZ)were quick to follow.

But even though Switzerlands biotechs are supported by a strong academic structure, the country lacks Silicon Valleys aggressive entrepreneurial mindset. Its not just about the research anymore.

In this highly competitive entrepreneurial climate, scientists need a comprehensive business approach to push their research onto the market. San Francisco-basedIndieBio, an accelerator for biotechs, is doing just that: supporting scientists in their research as well as mentoring them on how to pitch to investors.

Nonetheless, an overzealous marketing strategy can also be detrimental, as was the case forTheranos, where the founders charisma took precedence over actual scientific data. Fickle hypes can therefore be misleading and blow into over-valuations. This is where the risk-averseness of the Swiss pays off at times, especially in an industry as non-transparent as biotechnology.

Show me the money

In either case, funding is needed something Bay Area biotechs arent deprived of. Their funding has increased from $1.89 billion in 2014 to $2.76 billion in 2015, according to theMoneyTree Reportspublished byPriceWaterhouseCoopers (PwC)LLPand theNational Venture Capital Association (NVCA). Investments in the Silicon Valley biotech industry are on pace to reach the second highest level in MoneyTree history, states Greg Vlahos, a Life Science Partner at PwC. This shows continued confidence from the venture community.

Unfortunately, this does not translate to Switzerland. Even though the country thrives on its private banking system, biotechs (and startups in general) are having a hard time tapping into Series A and B funding as the excess capital generated isnt effectively converted into risk capital.

Although Switzerland places 30% of its national income into savings, two thirds of this amount are redirected into collective saving structures rather than direct investments, says Benoit Dubuis, the Director ofCampus Biotechin Geneva. However, new initiatives are gradually reversing this trend, as can be seen with projects like Le Fond suisse pour lavenir (The Swiss Fund for the future), which aims to invest part of the capital collected by pension funds into venture capital.

While Swiss entrepreneurs patiently wait for the implementation of these projects, a step in that direction has already been taken. Invested capital in Swiss startups has increased from CHF 450 million ($465.6 million) in 2014 to CHF 650 million ($672.6 million) in 2015, according to the2016 Swiss Venture Capital Report. On the life sciences front, biotechs raised more than 63 percent in financing over the previous year, totaling an amount of CHF 310.7 million ($319.2 million) in 2015.

Top VC firms likeAndreessen HorowitzandIndex Ventureshave jumped on the bandwagon by launching sector-specific funds dedicated to life sciences. In the case of Andreessen Horowitz, the Sand Hill Road powerhouse launched a $200 milliona16z Bio Fundlast year, which invests in mostly early-stage startups at the intersection of computer science and life sciences.

Geneva-headquartered Index Ventures set up Index Life VI in 2012, a life sciences-focused fund, which resulted in the creation of an independent venture firm earlier this year baptizedMedixci Ventures. It invests primarily in Europe, with a particular focus on therapeutics.

Although trade sales continue to be a viable exit strategy, the biotech segment of the public markets is much more robust and visible than it was 10 years ago, explains Bruce W. Jenett, Senior Counsel in life sciences atDLA Pipier LLP. Biotech IPOs are therefore a very promising bet for liquidity. And he is right: of the 18 venture-backed IPOs during the first 6 months of 2016, 14 were biotech companies.

In light of this, Silicon Valley is the right place to be as IPOs are rare (almost non-existent) in Switzerland. Be it the size of the market, the vibrancy of the stock market or the number of VCs, California-based biotechs have the best chance of exiting through a successful and fruitful IPO.

Would You Take an 8% Pay Cut to Work From Home?